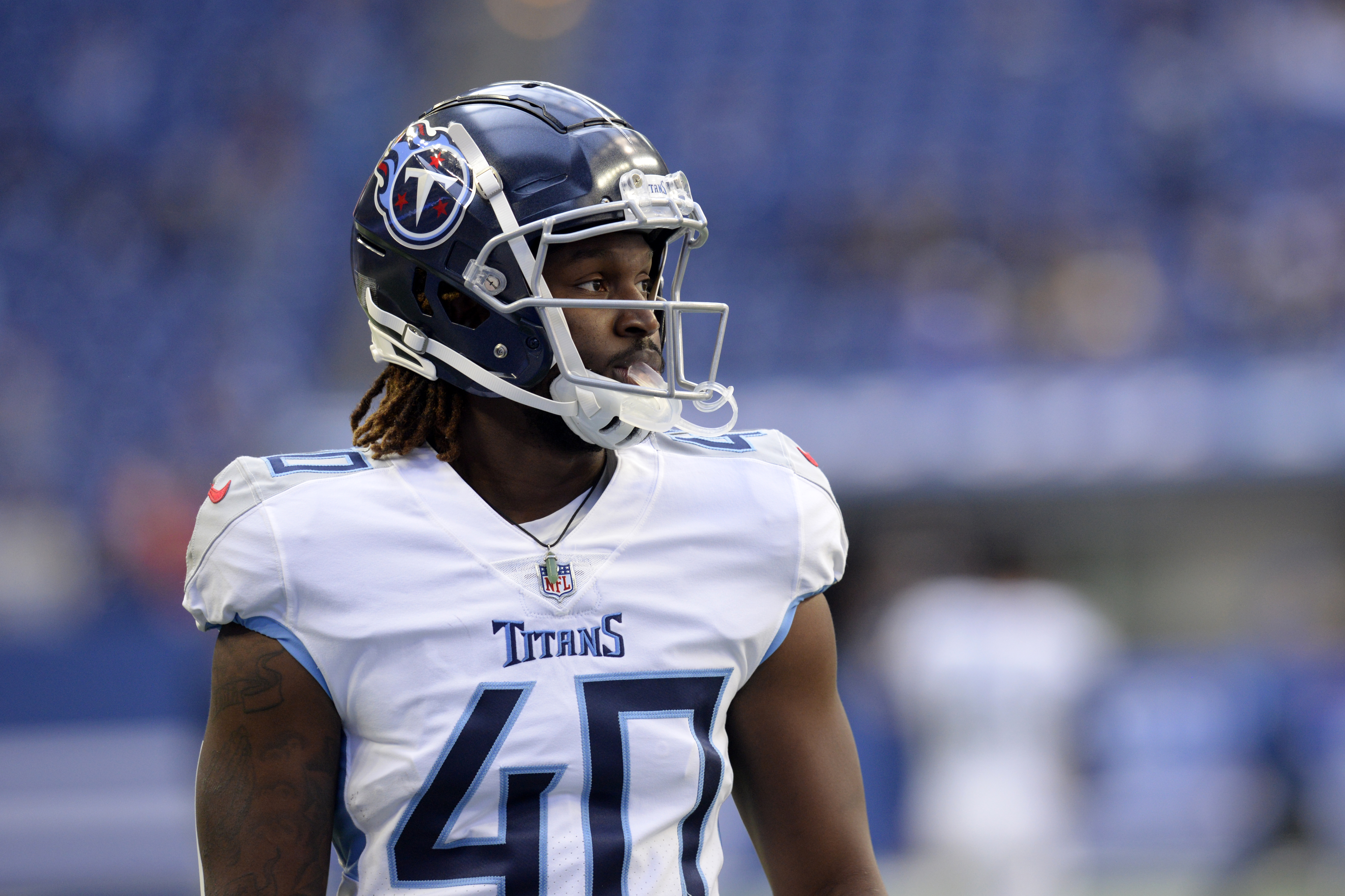 The Tennessee Titans released veteran running back Adrian Peterson on Tuesday, per multiple reports, leaving fantasy players to question whether they should be targeting players like Dontrell Hilliard and D’Onta Foreman while Derrick Henry remains sidelined.

The <a href=”https://twitter.com/hashtag/Titans?src=hash&amp;ref_src=twsrc%5Etfw”>#Titans</a> waived RB Adrian Peterson. Possible he returns. For now, Dontrell Hilliard is up to the active roster after picking up 82 yards from scrimmage on Sunday.

Truth is, you can make a pretty strong argument for both players.

Hilliard seems likely to be more of the passing-down threat after catching eight passes for 47 yards on 10 targets Sunday, though he did also get seven carries that he turned into 35 yards. A solid showing all in all.

But Foreman also saw a decent workload, with seven carries for 25 yards and one reception for another 15. It seems likely these two will split the touches in Tennessee’s backfield, limiting both of their short-term upsides to emergency-flex status.

Long term, however, Hilliard may not have as big a role once Jeremy McNichols returns from a concussion. McNichols likely will take up the scatback role when healthy, limiting Hilliard’s touches.

Dontrell Hilliard played the Jeremy McNichols role today, seeing a 19.6% target share. That’s the second-highest share from any Titans running back this season.

For as long as Jeremy McNichols is out (might not be long), Dontrell Hilliard is the Titans best bet on passing downs and to split rushing downs with D’Onta Foreman. And I’m not convinced he’ll entirely go away when McNichols clears the concussion protocol.

So Foreman is the safer waiver priority, even if he feels like a ho-hum choice himself given his limited effectiveness—23 carries for 84 yards—across three games.

In order of waiver priority, then, go Foreman first and either Hilliard or McNichols second, depending on the latter’s availability.

Hopefully, however, you have better running back options in place.

Denial of responsibility! NewsUpdate is an automatic aggregator around the global media. All the content are available free on Internet. We have just arranged it in one platform for educational purpose only. In each content, the hyperlink to the primary source is specified. All trademarks belong to their rightful owners, all materials to their authors. If you are the owner of the content and do not want us to publish your materials on our website, please contact us by email – [email protected]. The content will be deleted within 24 hours.
adrianbest sports newsDOntaDontrellfantasyForemanHilliardnews update sports

The 43 Best Early Black Friday Deals You Can Snag Now