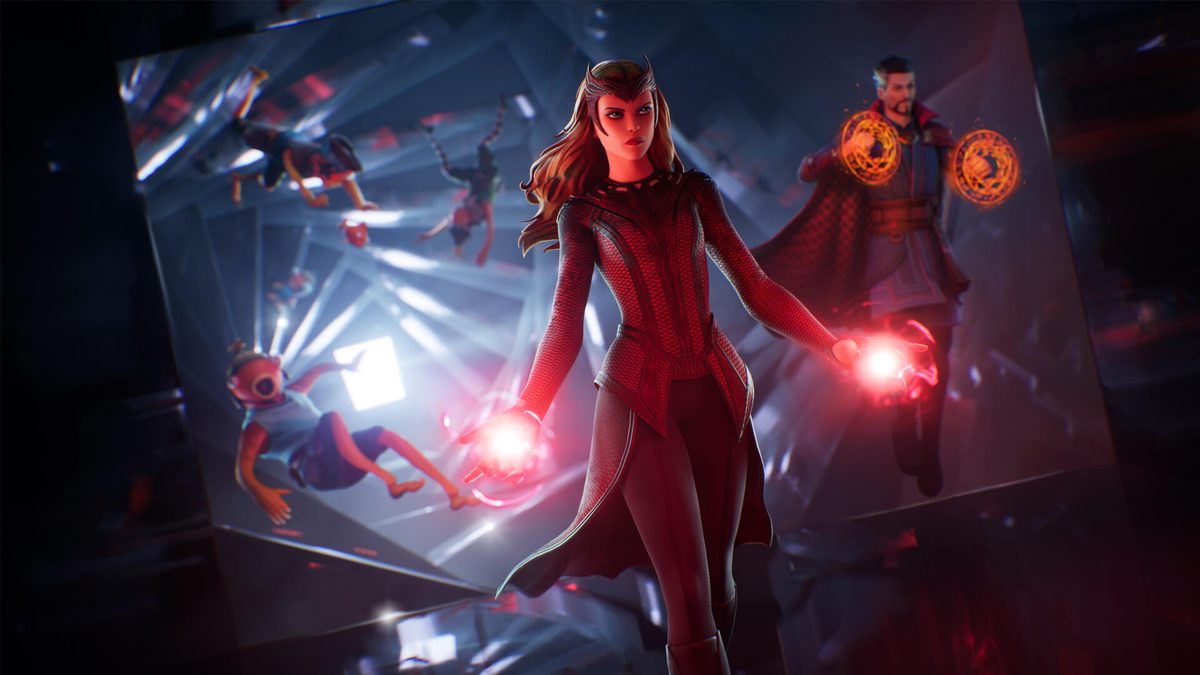 Dr Strange in the Multiverse of Madness has released in theatres and the hype is real. Fans have been waiting to see the next instalment to the Dr Strange series for a long time and since the introduction of the Multiverse has arrived in Spiderman: No Way Home, things have become much more intriguing.

Also read: Mafia 4 Reportedly in Development on Unreal Engine 5, Will be a Prequel to the Original Trilogy

Fortnite is a game that is a crossover maestro, it has had collaborations with many popular entities that spread across various franchises, platforms, brands, artists and more. One of its most notable partnerships for collaborations can be observed as Marvel, the game offers a plethora of skins, cosmetics and storyline references to Marvel characters.

To celebrate this partnership and keep the hype going, Fortnite has revealed a new skin for Scarlet Witch on the day of the release of Dr Strange in the Multiverse of Madness. As everyone knows through the trailers, Scarlet Witch is a pivotal character in this horror/superhero movie, with magic abilities that will have you mesmerised.

The Scarlet Witch has entered the Island and is about to liven it up with her Chaos Magic. The Scarlet Witch skin is now available in the Fortnite Item Shop, along with her comes a special Back Bling, Pickaxe, Emote and a Loading Screen. These items can be either purchased individually or through her bundle which is priced at 1,800 V-bucks.

The Back Bling is a reactive one and it is called, Wanda’s Cloak, it lights up with Chaos Magic when the player inflicts damage to any opponents. The Pickaxe is Chaos Handaxe which is a ‘tangible construct of magic energy’. The players will also get an emote to display Scarlet Witch’s psionic abilities, it is the Psychic Energy Manipulation Emote. Lastly, there is an image of Dr Strange and Scarlet Witch with the Mirror Dimension in the background, it is the Through the Mirror Dimension Loading Screen.

Denial of responsibility! NewsUpdate is an automatic aggregator around the global media. All the content are available free on Internet. We have just arranged it in one platform for educational purpose only. In each content, the hyperlink to the primary source is specified. All trademarks belong to their rightful owners, all materials to their authors. If you are the owner of the content and do not want us to publish your materials on our website, please contact us by email – [email protected]. The content will be deleted within 24 hours.
best games newsCommemoratedDayfortnitegame updategames newsMadnessMultiverse