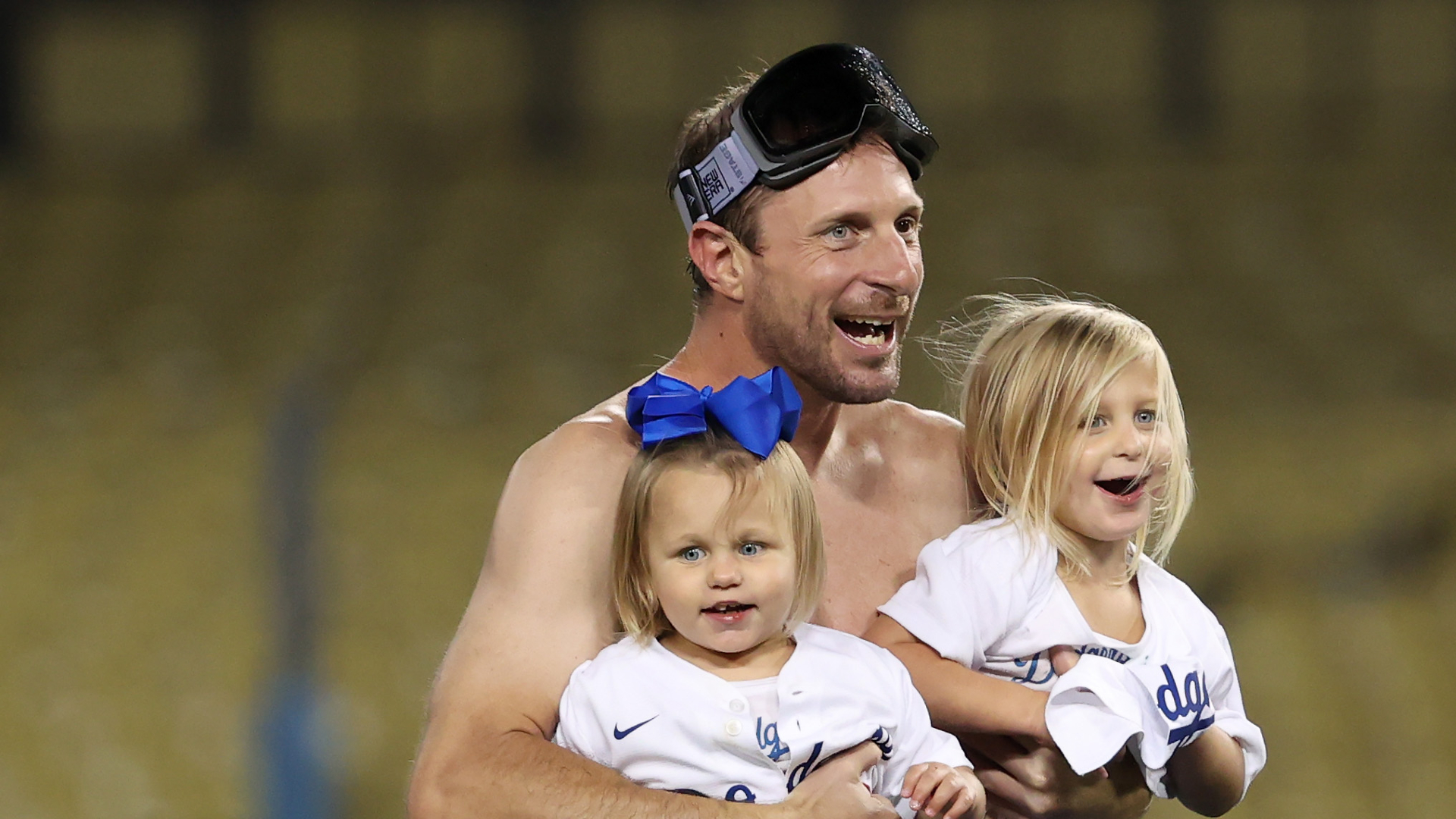 What a difference a few hours made for Max Scherzer.

Earlier in Wednesday’s NL wild-card game vs. the Cardinals, the Dodgers ace seemingly refused to leave the mound after manager Dave Roberts came out to replace him. Shortly after Los Angeles’ wild-card win, however, a shirtless and seemingly drunk Scherzer was all smiles when he hopped on the TBS postgame show with Ernie Johnson Jr. and Co.

Oh, but Scherzer wasn’t done there. Later on in the interview, he complained about feedback from TBS’ headset, getting agitated to the point of saying, “I can’t talk … I’m drunk. Whatever.”

That was a far cry from his earlier disposition; when Roberts came out to get the ball from him, Scherzer offered his hand instead, forcing his manager to take the ball from his glove. Scherzer ended the game credited with 4.1 innings pitched, three hits, three walks, one earned run and four strikeouts. He later was seen discussing Roberts’ decision in the dugout, clearly still agitated at being removed from the game.

Scherzer was plenty sober when discussing his manager’s decision with Johnson.

“Yeah, Dave Roberts … understands where he wants — sorry, I got an echo — where he wants his relievers in each spot,” Scherzer told Johnson. “And so, look, he wanted Joe Kelly there. Even though I was good. He wanted Joe. So, that’s how you win a ball game.”

Indeed. It certainly helped matters that Chris Taylor hit a walk-off two-run homer in the bottom of the ninth with two outs to earn the 3-2 win and send Los Angeles to the NLDS. It even prompted Scherzer to high-five his former Nationals teammate Juan Soto and hitting coach Kevin Long:

Denial of responsibility! NewsUpdate is an automatic aggregator around the global media. All the content are available free on Internet. We have just arranged it in one platform for educational purpose only. In each content, the hyperlink to the primary source is specified. All trademarks belong to their rightful owners, all materials to their authors. If you are the owner of the content and do not want us to publish your materials on our website, please contact us by email – [email protected]. The content will be deleted within 24 hours.
best sports newsDodgersdrunkGameMaxnews update sportsnewsupdateScherzer