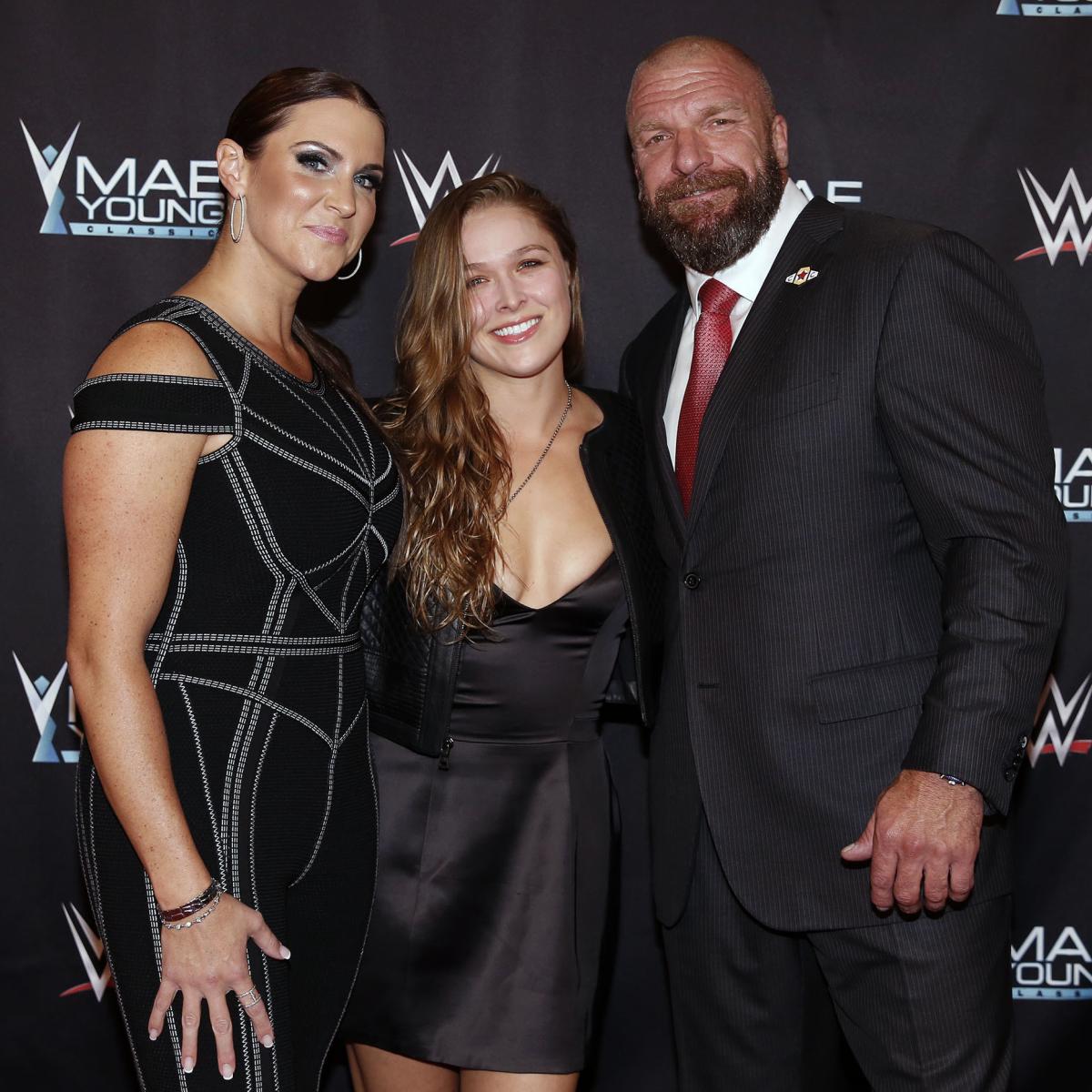 The 2022 Royal Rumble is approaching fast, but many members of the WWE Universe have already shifted their attention to WrestleMania 38 and the possible matchups of the company’s biggest show of the year.

WWE will be looking to book its biggest stars in the biggest possible matches, such as Becky Lynch, Roman Reigns and Brock Lesnar, so fans are already looking for the clues and hints that will set the stage for matchups at The Show of Shows on April 2-3.

Here are the early predictions for the top stars at his year’s WrestleMania as we approach the 2022 Royal Rumble pay-per-view.

Over the last three years, Lynch has gone from a top star in the women’s division to a WWE Superstar who has transcended the industry. At WrestleMania 38, she needs an opponent worthy of her stature as a top draw for the company.

The perfect answer would be a returning Ronda Rousey.

When asked in an interview with Bleacher Report in November, Lynch spoke about her possible ‘Mania opponents and took time to mention the former MMA star after putting over the other women in the division first.

“Then, of course, is Ronda Rousey going to be chomping at the bit to get back now that she sees what I’ve accomplished?” she said. “Maybe she’d want to accomplish the same, maybe she’ll want to get retribution for the loss I gave her at WrestleMania 35. The same loss that’s caused me to be champion ever since.”

Lynch has been one of the most entertaining performers on the main roster since returning from maternity leave, but she needs a storyline and feud that can capitalize on her popularity. There is no athlete in the women’s division who could compare to the mainstream appeal of Rousey.

Not only would the former UFC champion’s return to WWE become a major topic of discussion in the media, but it would also help elevate both Lynch and the marquee event itself at a time when television ratings continue to decline.

Since Drew McIntyre made the jump from Raw to SmackDown in the WWE draft, he has been on a collision course with Roman Reigns.

While the universal champion has barely acknowledged the Scot since he arrived in October, he will have no choice but to respect him when he wins the men’s Rumble match on Jan. 29.

McIntyre helped carry the company throughout the coronavirus pandemic, winning the WWE Championship from Brock Lesnar at the Performance Center and becoming a respectable face despite a lack of crowd attendance for months.

The Scottish Warrior never received the coronation he so richly deserved, but he should finally get it in 2022 by winning the 30-man Battle Royal and challenging one of the longest-reigning champions in history.

While Lesnar is undoubtedly the biggest star in the company today, Reigns has a ton of credibility with the WWE Universe and is regarded as the top guy in the company.

If McIntyre can dethrone The Tribal Chief, he would instantly be the top star on the blue brand.

Brock Lesnar’s shocking victory at Day 1 shook the WWE Universe to its core, as The Beast Incarnate was a late addition to the match and Wrestling Observer Live reported Big E was scheduled to retain until a last-minute change (h/t Marc Middleton of Wrestling Inc).

To make up for the devastating surprise loss, WWE Creative should make it up to the popular New Day man by booking him strong on the Road to WrestleMania and letting him enter the championship scene once again when it matters most.

Not only should Big E get his rematch against Lesnar for the WWE Championship at WrestleMania 38, but the company should also make his dream come true by making it a Triple Threat and adding Goldberg.

Big E has not been shy about his desire to fight Goldberg, and with the history between the former WCW legend and Lesnar, it makes sense to turn the singles bout into a three-way dance.

Add a win over the two bona fide Superstars, and Big E would be cemented as a top draw.

For more wrestling talk, listen to Ring Rust Radio for all of the hot topics or catch the latest episode in the player above (some language NSFW).

Denial of responsibility! NewsUpdate is an automatic aggregator around the global media. All the content are available free on Internet. We have just arranged it in one platform for educational purpose only. In each content, the hyperlink to the primary source is specified. All trademarks belong to their rightful owners, all materials to their authors. If you are the owner of the content and do not want us to publish your materials on our website, please contact us by email – [email protected]. The content will be deleted within 24 hours.
best sports newscardearlymatchnews update sportsnewsupdatePredictionsRoyal