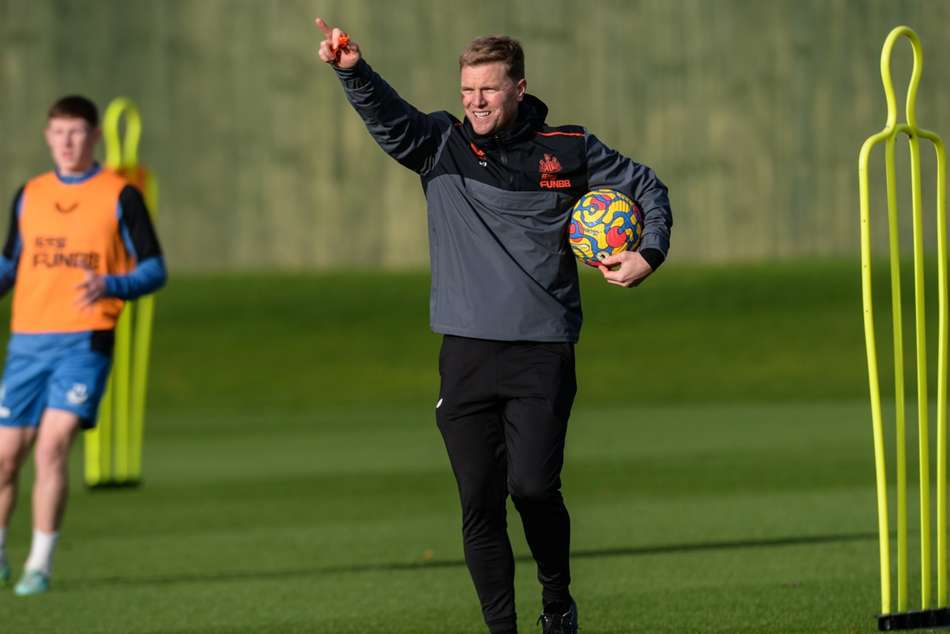 However, Howe was forced to isolate after returning a positive coronavirus test, leaving Newcastle without their manager on the sideline for the first Premier League game of his tenure at home to Brentford.

Jason Tindall, Howe’s assistant manager, and Graeme Jones, the previous interim coach after Steve Bruce’s dismissal, led the team in that 3-3 draw, but Newcastle have confirmed Howe will be on the touchline at the Emirates Stadium on Saturday.

Asked about Howe’s return, Tindall told reporters on Friday: “You want your manager here with you.

“We’ve missed him as a group of staff and I’m sure the players have missed seeing him at the training ground. We’re certainly looking forward to having him back.

“Eddie has seen training back every day. We film it and that will then be sent to him in the afternoon to review it back, as will we as coaches. Then we will feed back what’s necessary to the players the following day.”

Newcastle sit bottom of the league as the only side still without a win across England’s top four tiers – their current winless run of 12 top-flight games is their longest since a run of 13 between December 2007 and March 2008.

No side have conceded more than Howe’s new team in the Premier League this season (27), while the Magpies have lost 16 of their last 17 Premier League meetings with Arsenal.

Denial of responsibility! NewsUpdate is an automatic aggregator around the global media. All the content are available free on Internet. We have just arranged it in one platform for educational purpose only. In each content, the hyperlink to the primary source is specified. All trademarks belong to their rightful owners, all materials to their authors. If you are the owner of the content and do not want us to publish your materials on our website, please contact us by email – [email protected]. The content will be deleted within 24 hours.
Arsenalbest sports newsbowCOVID19dugoutEddieHowemissing

Someone made a 10 screen Game Boy monstrosity