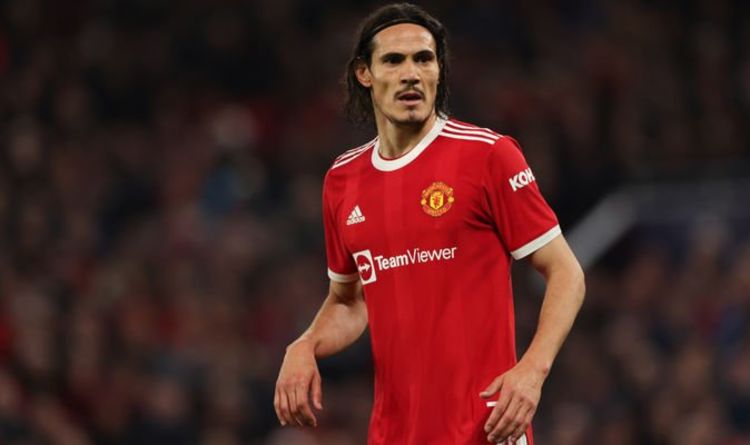 Manchester United forward Edinson Cavani could move to Barcelona in January after growing ‘frustrated’ by Cristiano Ronaldo’s return to Old Trafford. Ronaldo signed for United for a second time in the summer after leaving Juventus.

Cavani was reportedly given assurances ahead of the new season that the Red Devils were not looking for another striker.

But that changed when Ronaldo became available and Cavani has since been playing second fiddle to the Portugal international.

Cavani, who frequently led the line for his team last season, has started just twice in all competitions this time out.

And, according to The Star, the Uruguay international is now on the Catalonians’ radar.

Barcelona are in a dismal financial situation and have been dealt a huge blow with the news that summer signing Sergio Aguero could miss the rest of the season.

If Aguero is a long-term absentee, Cavani is more likely to command a starting place in Spain and could jump at the chance to move to one of the biggest clubs in the world.

The forward has previously enjoyed productive spells at Paris Saint-Germain, Napoli and Palermo, but has never played in LaLiga.

If Cavani did move to Spain, he would be joining a club that has been struggling all season.

Barca have won just four of their 12 LaLiga games and are ninth in the table – a staggering 12 points off leaders Real Sociedad.

But they will be looking to turn the tide in the coming months after recently appointing former midfielder Xavi as their new manager following the sacking of Ronald Koeman.

Although Cavani has fallen down the pecking order at Old Trafford, he did line-up alongside Ronaldo in a front two during Man Utd’s 3-0 victory over Tottenham at the end of last month.

And the Uruguayan was praised for his performance by boss Ole Gunnar Solskjaer following the game.

“The experience of Edinson Cavani and Cristiano is massive,” said the Norwegian. “We need it – we can’t hide. Experience counts in situations like this.”

However, with Marcus Rashford, Anthony Martial and Mason Greenwood among United’s ranks, Solskjaer won’t be left short of options if Cavani does depart in January.

Denial of responsibility! NewsUpdate is an automatic aggregator around the global media. All the content are available free on Internet. We have just arranged it in one platform for educational purpose only. In each content, the hyperlink to the primary source is specified. All trademarks belong to their rightful owners, all materials to their authors. If you are the owner of the content and do not want us to publish your materials on our website, please contact us by email – [email protected]. The content will be deleted within 24 hours.
barcelonabest sports newsbidCavaniCristianoEdinsonfrustratedJanuary

Ranking the 5 Best Fights for Terence Crawford After Win vs. Shawn Porter

The Biggest Surprises of the 2021 NFL Season

First Publicly-Available Maradona NFTs to Be Offered by EX…