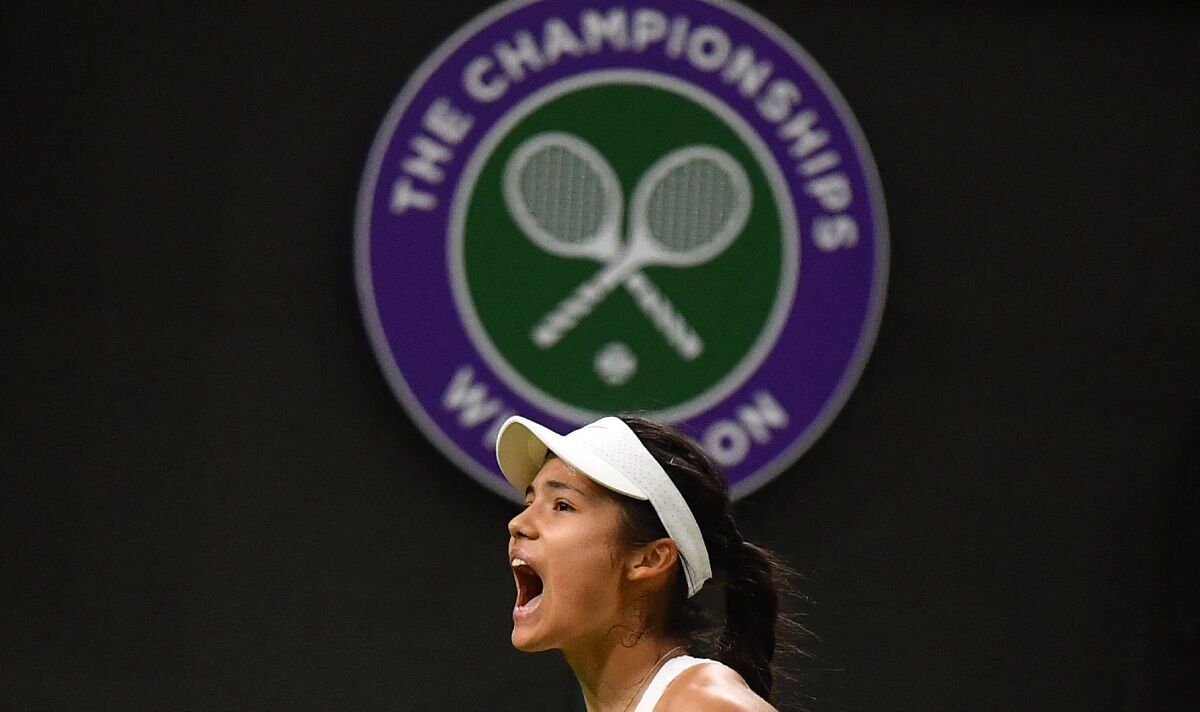 As qualifying for the main men’s draw at Wimbledon gets underway today, there is a range of British tennis stars looking to emulate the success of Emma Raducanu and make an impression at the highest level. The then 18-year-old Raducanu won the hearts of the nation during her run to the fourth round of the tournament in 2021, becoming the youngest Brit woman to reach the last 16 in the Open era despite entering as a wildcard.

Unfortunately she was forced to retire from the match against Ajla Tomljanovic after suffering breathing difficulties – but her success was only a taste of what was to come as she went on to win the US Open without dropping a set in her next Grand Slam, becoming the first qualifier in tennis history to win a major tournament. Here Express Sport looks at those hoping to follow in her footsteps with a breakthrough at Wimbledon.

McHugh has tasted playing at Wimbledon before having reached the second round of the men’s doubles alongside Brit Alasdair Gray in 2021. The 21-year-old Scot experienced a promising junior career having reached the semi-finals of the Australian Boys singles in 2018 and will be looking to build on this experience when he plays Chile’s Gonzalo Lama later today.

Having notably won the Battle of the Brits Premier League of tennis in 2020, Matusevich may be Britain’s biggest hope of making the main draw. The world No 465 has played in SW19 before having been knocked out in the first round of the 2021 men’s doubles alongside Briton Luke Johnson. The 21-year-old will be hoping to build on his experience to make the singles draw for the first time when he plays American Christian Harrison.

The world No 693 faces experienced Italian Thomas Fabbiano later as he looks to enter the main draw. The 19-year-old will be hoping to build on his last qualifying performance we’re he was unlucky to be knocked out in the final qualifying round in 2021. He was entered into the mixed doubles instead, partnering fellow Briton Tara Moore but the pair were knocked out in the third round by eventual winners Neal Skupski and Desirae Krawczyk.

At world No 325, Harris is the highest ranked Brit in the qualifying draw. The 27-year-old from Nottingham is currently at his career high ranking so will go into his match against Lukas Klein with confidence that he can make the main draw.

The 24-year-old will play Dimitar Kuzmanov at 11am in a bid to play at SW19 for the first time. The world No 431 is better on the hard courts winning 66 per cent of his matches on the surface whereas he has only won 33 per cent on grass so may find himself in for a difficult match against the Bulgarian.

20-year-old Gill is looking to reach the main draw in SW19 for the first time. He recently lost to world No 87 John Millman in Ilkley and will be hoping for better when he faces Portugal’s Gastao Elias in qualifying.

Pow will be one of the first to get underway today, taking on American Mitchell Krueger at 11am. The 17-year-old is yet to play outside junior competition so will be hoping to reach his first senior tournament here in the biggest venue of them all.

Parker is another one of the young Brits hoping to build on their previous experience of playing at Wimbledon in this year’s tournament. The world No 499 was knocked out in the first round of qualifying last year but entered the men’s doubles alongside James Ward where he was defeated in the first round. The 24-year-old will be hoping for better when he comes up against Swiss player Alexander Ritschard.

Denial of responsibility! NewsUpdate is an automatic aggregator around the global media. All the content are available free on Internet. We have just arranged it in one platform for educational purpose only. In each content, the hyperlink to the primary source is specified. All trademarks belong to their rightful owners, all materials to their authors. If you are the owner of the content and do not want us to publish your materials on our website, please contact us by email – [email protected]. The content will be deleted within 24 hours.
best sports newsBritsEmmanews update sportsnewsupdatequalifyingRaducanusports news

Explained: What is a computer worm and how it is more dangerous than a virus – Times of India