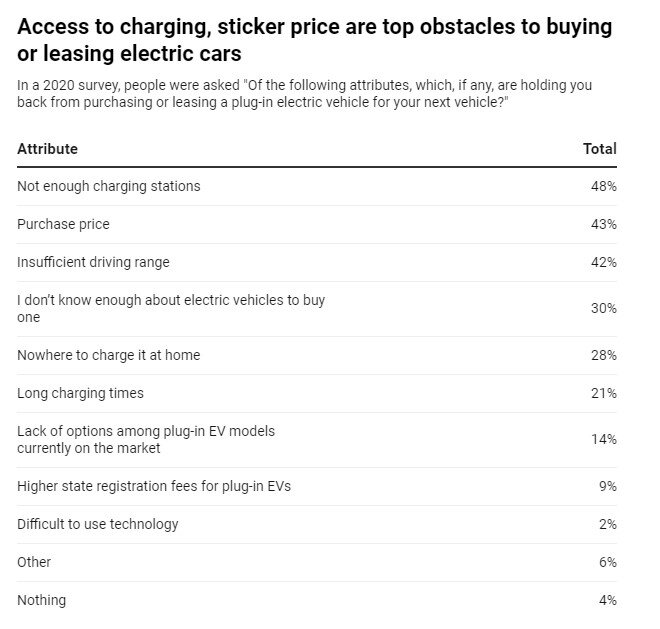 The global auto industry has begun a historic shift from gas- and diesel-fueled cars to electric vehicles. President Biden’s infrastructure plan seeks to speed up this transition by requesting billions of dollars to modernize the electric grid and build 500,000 electric vehicle charging stations.

Evidence shows that many Americans are eager to transition to EVs and participate in a clean energy economy. In a recent nationally representative consumer survey, 71% of drivers surveyed said they were interested in getting an electric car. But 48% said that lack of access to public charging infrastructure was holding them back, and 43% cited vehicle cost as a disincentive.

My research focuses on ways to make cities more sustainable, healthy and equitable places to live. In my view, making EVs and charging infrastructure accessible to all drivers is crucial for achieving clean transportation and energy justice.

Who is hurt most by vehicle pollution?

People of color bear disproportionate harms from fossil fuels. For example, Black people in the U.S. are more likely than white people to live near oil refineries and petrochemical plants.

People who live in these neighborhoods experience higher levels of exposure to toxic emissions such as benzene, mercury and sulfuric acid than those who don’t live near these industries. They also have higher rates of heart disease, cancer and asthma.

Contamination from these facilities drives down home prices. Reduced property values make it hard for families to build wealth or sell their homes and move away from toxic pollutants.

Burning gasoline in cars produces smog-causing particulate pollution, including fine particulates, referred to as PM2.5 because they are less than 2.5 microns wide—30 times smaller than the width of a human hair. These particles penetrate deeply into humans’ lungs and enter their bloodstreams. PM2.5 exposure can trigger asthma and chronic bronchitis, and has been linked to increased mortality from lung cancer and heart disease.

The American Lung Association reports that people of color are 3.5 times more likely than white people to live in a county with a failing air quality grade. A groundbreaking 2019 study estimated that Black and Latino populations experience 56% and 63% more pollution respectively than their activities cause. In contrast, whites experience about 17% less air pollution exposure than their consumption causes.

Recent polls show higher rates of concern about climate change among Latinos (69%) and Black Americans (57%) compared with whites (49%). Among Latino voters, 85% believe it is important to reduce smog and air pollution and want to see government action on this issue.

My bill with @SenCortezMasto, the Electric Vehicles for Underserved Communities Act directs @ENERGY to support the creation of 200k electric vehicle charging stations in underserved and disadvantaged communities over the next ten years.https://t.co/6IDhvVIb0N

The economic benefits of driving an EV

Electric vehicles have the potential to greatly reduce air pollution from transportation. They also are less expensive to own and operate over time.

New EVs are rapidly reaching price parity with gas-powered cars. A Tesla sedan costs less than a comparable gas-powered BMW. Even when an EV’s sticker price is higher, significant savings on fuel and maintenance over time more than make up the difference.

Maintenance and fuel savings from EVs offer great potential benefits for low-income households, which spend a greater share of their income on fuel than affluent households. Consumer Reports estimated in 2020 that owning an EV costs US$800 to $1,300 less for every 15,000 miles driven than owning a conventional car.

EVs have far fewer moving parts than conventional cars because their power comes from a battery, not an internal combustion engine. As a result, they require less maintenance, saving drivers time, money and stress. Consumer Reports estimated that electric vehicles cost owners about $4,600 less to repair and maintain over the cars’ lifetime than conventional cars.

Before the pandemic, unexpected car repairs were the most common financial shock for U.S. households. Low-income families, which are disproportionately Black and Latino, were more likely to experience such shocks and took longer to recover than white families.

Today 45 states and the District of Columbia provide incentives for buying certain gas-electric hybrid or electric vehicles. But these programs are almost exclusively for new vehicles, which means they help only a small subset of car buyers—mainly affluent consumers who buy new cars. For example, in the state of Washington, new cars make up fewer than 5% of registered vehicles every year.

“Charging deserts” are one barrier to EV adoption. Advocates in California want CALGreen, the state’s green building code, to require EV chargers in new multifamily housing, which would make at-home charging more accessible to to urban and lower-income residents.

Drivers also need better access to public charging stations away from home. The New York City Department of Transportation has partnered with a local power utility to install 100 charging stations at curbside locations on city streets.

Expanded purchase incentives can help to steadily grow the number of EVs on the road. Currently, there are few subsidies available for buying used EVs, and none for people who lease their cars. Creating new financing programs for low- and moderate-income consumers who want to buy EVs can broaden access to clean cars.

Special purchase incentives should also be extended to ride-share drivers, who spend much more time on the road than most drivers. Without such support, these drivers could be forced into costly payment plans for new EVs as states like California begin to mandate clean cars for everyone on the road.

California has proposed a phased transition over the next decade, with 90% of ride-share cars on the road to be EVs by 2030. Since Uber and Lyft are multibillion-dollar companies that create about 70% more emissions than the rides they displace, I believe they should be required to contribute generously to incentive programs.

The electric vehicle transition has great potential to benefit Black and Latino communities, which are disproportionately affected by fossil fuel pollution. Carefully targeted incentives and investments can make clean cars accessible for everyone on the road, mitigate the harms caused by gas-powered vehicles and move the U.S. toward achieving energy and climate justice.

Citation:
Electric cars can advance environmental justice for low-income and racially diverse drivers (2021, May 21)
retrieved 23 May 2021
from https://techxplore.com/news/2021-05-electric-cars-advance-environmental-justice.html

Denial of responsibility! NewsUpdate is an automatic aggregator around the global media. All the content are available free on Internet. We have just arranged it in one platform for educational purpose only. In each content, the hyperlink to the primary source is specified. All trademarks belong to their rightful owners, all materials to their authors. If you are the owner of the content and do not want us to publish your materials on our website, please contact us by email – [email protected]. The content will be deleted within 24 hours.
advancebest technology newscarsdiversedriverselectricenvironmentalJustice

Rennie Stennett, Pirate Who Had Seven Hits in a Game, Dies at 72