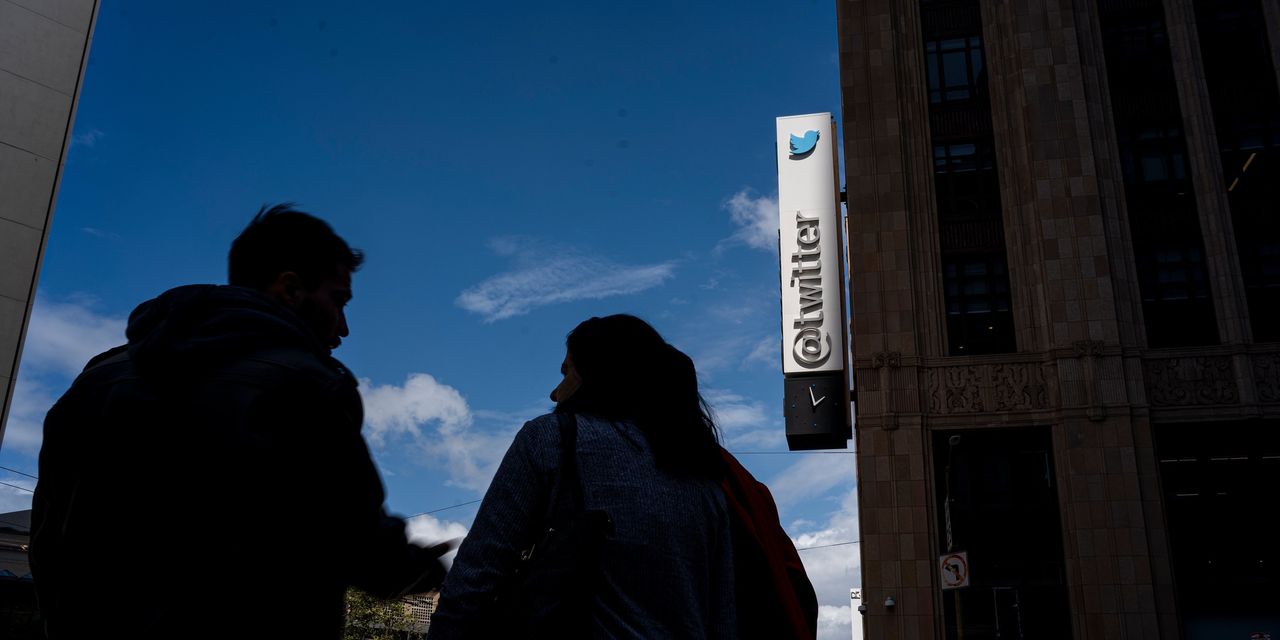 bid to take over the company, which would give the world’s richest man control over the social-media network where he is also among its most influential users.

The $44 billion deal marks the close of a dramatic courtship and a change of heart at Twitter, where many executives and board members initially opposed Mr. Musk’s takeover approach. The deal has polarized Twitter employees, users and regulators over the power tech giants wield in determining the parameters of acceptable discourse on the internet and how those companies enforce their rules.

The two sides worked through the night to hash out a deal in which Mr. Musk plans to take Twitter private. Earlier on Monday, The Wall Street Journal reported Twitter and Mr. Musk had reached an agreement on Twitter’s value.

The takeover, if it goes through, would mark one of the biggest acquisitions in tech history and will likely have global repercussions for years to come, including possibly reshaping how billions of people use social media. Mr. Musk, who is also chief executive of

and Space Exploration Technologies Corp., will bring his commitment to a more hands-off approach to speech to a company that has struggled to reconcile freewheeling conversation with content that appeals to advertisers.

On Monday, after the Journal reported that a deal was close, Mr. Musk tweeted to indicate that he wants the platform to remain a destination for wide-ranging discourse and disagreement.

“I hope that even my worst critics remain on Twitter, because that is what free speech means,” he wrote.

Twitter’s independent board chairman, said the deal reflects the best outcome for shareholders.

“Twitter has a purpose and a relevance that impacts the entire world,”

Twitter’s CEO, said in a statement. “Deeply proud of our teams and inspired by the work that has never been more important.”

The San Francisco-based social-media company had been expected to rebuff the offer, which Mr. Musk made April 14 without saying how he would pay for it.

Twitter, a day after the unsolicited offer came, adopted a so-called poison pill, designed to make it more difficult for Mr. Musk to reach more than a 15% stake in the company.

Twitter changed its posture after Mr. Musk detailed elements of his financing plan for the takeover. On April 21, he said he had $46.5 billion in funding lined up. Twitter shares rose sharply, and company executives opened the door to negotiations.

Twitter shares were ahead about 6% in afternoon trading on Monday. Twitter has been an anemic stock-market performer in an era of huge returns for technology companies. Its shares jumped on their first day of trading in 2013 to close at $44.90, within a dollar of where they were more than eight years later when Mr. Musk made his approach.

The turnabout on Twitter’s part comes after Mr. Musk met privately Friday with several shareholders of the company to extol the virtues of his proposal while repeating that the board has a “yes-or-no” decision to make, people familiar with the discussions said.

Mr. Musk, with over 82 million Twitter followers, has long used the platform to pronounce his views on everything from space travel to cryptocurrencies. In January, he began buying Twitter stock, becoming the single-largest individual investor with a more than 9% stake by April.

He has previously used Twitter to escalate a conflict with the Securities and Exchange Commission after the agency opened a probe into some of his recent stock sales, and he often blasts his critics on the social network.

Taking Twitter private would allow Mr. Musk to make changes without the scrutiny public companies typically are under from their shareholders. He also has said he wants to retain as many shareholders as possible.

Twitter, at the beginning of the month, invited Mr. Musk to join its board—which would have prevented him from owning more than 14.9% of the company’s stock. Mr. Musk initially agreed and then rejected the offer.

Twitter has already embarked on a turnaround plan after a fight with activist Elliott Management Corp. about two years ago. Twitter said a little over a year ago that it aimed to at least double its revenue to $7.5 billion by the end of 2023 and reach at least 315 million so-called monetizable daily active users at that time.

Mr. Musk’s proposed changes for the platform include softening its stance on content moderation, creating an edit feature for tweets, making Twitter’s algorithm open source—which would allow people outside the company to view it and suggest changes—and relying less on advertising, among other ideas.

Mr. Musk, a self-described “free speech absolutist,” said in a recent interview at a TED conference that he sees Twitter as the “de facto town square.”

Twitter should be more cautious when deciding to take down tweets or permanently ban users’ accounts, Mr. Musk said, pointing to temporary suspensions as a better solution.

Mr. Musk said he also wants the platform to be more transparent when it takes action that amplifies or reduces a tweet’s reach. He said he wasn’t certain how some of those ideas would be implemented.

Twitter has spent years advocating for healthier discourse on its platform and adding content moderation, arguing at least in part that it is good for business.

The company also introduced new features that have been gaining some traction with users, including Twitter Spaces, which allows people to host live audio conversations with each other within the platform.

Mr. Musk has said he wants Twitter to rely less on advertising—which provided roughly 90% of its revenue in 2021—and shift its business model more toward subscriptions. The platform currently offers a subscription-based service called Twitter Blue, which gives customers premium features like “undo tweet” for $2.99 a month. He suggested removing all ads on Twitter as part of the subscription offerings.

Mr. Musk also floated the idea of cutting staff, shuttering the company’s San Francisco headquarters building and not giving the board of directors a salary. The latter could save roughly $3 million a year alone, he said.

His other proposed changes for Twitter include trying to stop spam and scam bots and allowing for longer tweets. The current limit is 280 characters.

On Thursday, Twitter is scheduled to announce its first-quarter earnings.

The company said on Monday it would no longer be holding a call with analysts that day.

—Dana Cimilluca and Liz Hoffman contributed to this article.

Denial of responsibility! NewsUpdate is an automatic aggregator around the global media. All the content are available free on Internet. We have just arranged it in one platform for educational purpose only. In each content, the hyperlink to the primary source is specified. All trademarks belong to their rightful owners, all materials to their authors. If you are the owner of the content and do not want us to publish your materials on our website, please contact us by email – [email protected]. The content will be deleted within 24 hours.
acquisitionsAcquisitions/MergersAcquisitions/Mergers/Shareholdingsagreesbest technology newsBillionBret Taylorbuy

Kyle Lowry Ruled Out for Hawks vs. Heat Game 5 Because of Hamstring Injury