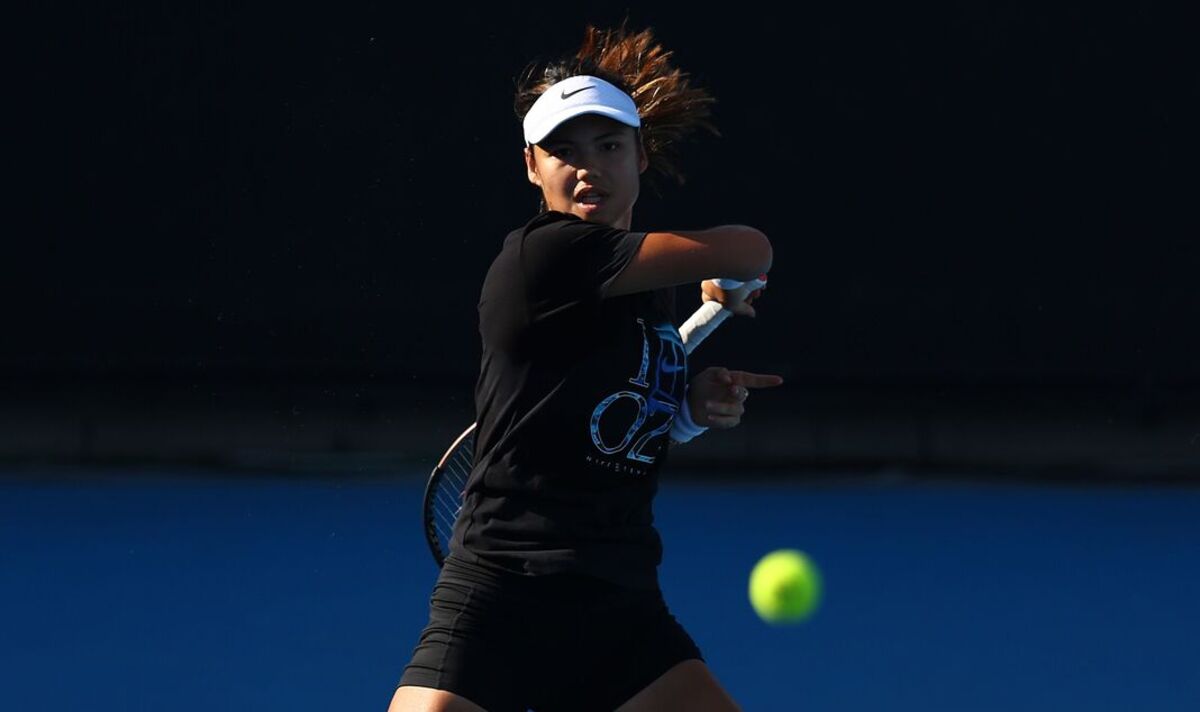 Emma Raducanu has revealed she has been inspired by the World Cup heroics of Lionel Messi and Kylian Mbappe as she bids to return to winning ways this year. The former US Open champion yesterday declared she is fit to play the first Grand Slam of the season after suffering an ankle injury in a warm-up before the Australian Open

The globetrotting British No1 ended 2022 by flying to Qatar to watch the World Cup final alongside Novak Djokovic. And the Spurs fan got to see a good game for once – and a lesson in how to perform under pressure.

“To watch Messi and Mbappe go head to head was really cool,” she said. “What Mbappe was able to do in that final was amazing. I’m really happy for Messi because he just finished it off perfectly. It was just so good to see how they kind of handled the stage and the moment. I think you can learn how they dealt with it, how they just kept going, how they were taking penalties under pressure. It was pretty amazing to watch.”

Raducanu, who flew in after playing an exhibition match in Abu Dhabi, was the only tennis VIP in the crowd along with Djokovic. “It was really cool to meet him,” she said. “He took the time to speak with me, mostly about tennis.”

Everything since her 2021 US Open triumph has been a new experience for Raducanu. Last year Covid restricted her preparation for her first Grand Slam as a Major champion and she suffered from blisters before going out in the second round. This time she feared she would miss Melbourne when she rolled her left ankle in Auckland and left the court in tears.

But an intensive rehab programme with her physio Will Herbert has got her ready to face world No.74 Tamara Korpatsch tomorrow (Monday). The winner is likely to face American teenager Coco Gauff in the second round. “You’re obviously a bit worried about the injury at the time,” said the world No.75. “But we’ve been working very hard. It’s been a team effort to get me to this place. But I think that I’ve not really played much tennis ever in my career so I’m kind of used to it. And I’m not stressed about the lack of tennis that much.”

Raducanu split with coach Dmitry Tursunov in October after the Russian claimed there were “red flags that just couldn’t be ignored”. Raducanu told the BBC: “He can say what he wants.”

She has since hired German Sebastian Sachs as her fifth coach in 18 months. “I really like Seb,” Raducanu said. “I just love the way that we’re working together and I really hope it lasts.” Another change since a wrist injury ended last season early is that she is no longer a teenager after turning 20 in November.

“There’s not much difference, really,” she laughed. “I think my parents still see me as a kid so that’s never going to change. You think in your head, it’s old, but then you actually realise ‘I’ve got like 15 years of this, if I want it’, so I’ve still got a long time. It’s just important to put that in perspective and not think you’re running out of time at age 20.

“Success this year for me would probably be consistency over a long period of time, being healthy and playing through the year. Another goal is I also really want to win a title.”

Denial of responsibility! NewsUpdate is an automatic aggregator around the global media. All the content are available free on Internet. We have just arranged it in one platform for educational purpose only. In each content, the hyperlink to the primary source is specified. All trademarks belong to their rightful owners, all materials to their authors. If you are the owner of the content and do not want us to publish your materials on our website, please contact us by email – [email protected]. The content will be deleted within 24 hours.
AustralianBatsbest sports newsclaimEmmaexcoachsnews update sportsnewsupdate

Slim outpoints Zanetti in brutal war and calls out KSI