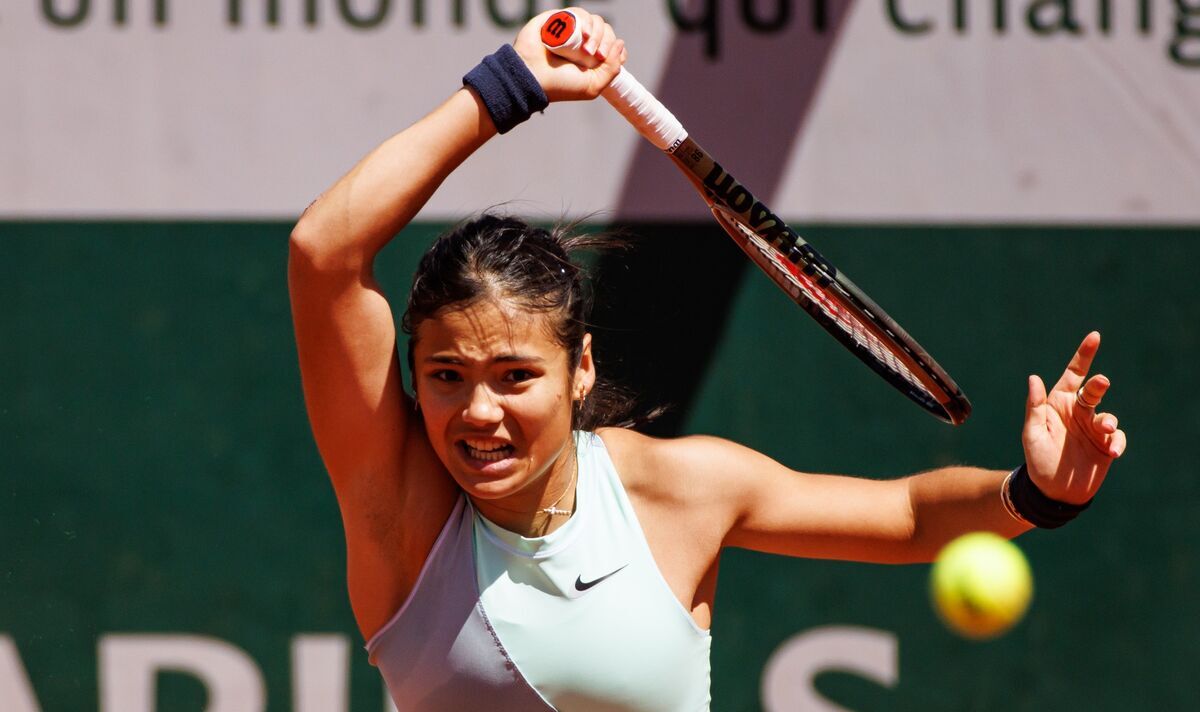 Emma Raducanu has been defended by one of the greats of the sport following her second-round exit from the French Open. Chris Evert explained that the surface was all new to the teenager, who was making her debut at the tournament, and rubbished the idea that Raducanu had been distracted by brand deals instead of focusing on her tennis.

Raducanu blew a one-set lead to suffer her second defeat in less than eight months to world No 47 Aliaksandra Sasnovich 3-6 6-1 6-1, having lost to her in her first match after winning the US Open in Indian Wells. But she was defended by 18-time Grand Slam champion Evert who claimed the 19-year-old gave it a good go on an all-new surface.

“I just want to add on top, she hasn’t really played that much on red clay either and you could tell by the way she was moving,” the retired legend said on Eurosport. “She wasn’t sliding comfortably, she wasn’t going in and out of corners comfortably. She was kind of outta whack there so you gotta hand it to her, she hasn’t had that experience on red clay.”

And the former world No 1 was also quick to defend Raducanu on a personal level for handling her overnight success “beautifully”. The US Open champion has received criticism for signing brand deals with the likes of Dior and Evian in the months since her historic title win with some chalking her losses down to being “distracted” from tennis, but Evert said the teenager was completely focused on her game.

JUST IN: Wimbledon points decision can be REVERSED as ATP council member speaks

“And also, when you talk about her life, I mean it’s changed. She’s a superstar,” she continued. “Look what it did to Naomi Osaka, where Naomi had to take a break because it was not an easy transition and I just want to compliment Emma and say I think she’s handled everything beautifully, I think she’s taken everything in stride.

“I think tennis is the number one priority for her. I think her perception and her common sense about ‘well now these girls are all after me and I’ve just got to put my head down and work hard on my tennis and ignore the naysayers, anybody who doubts me. I’ve got time on my side.’ I mean, she still has a huge ceiling and I think we all have to be patient with her career.”

And the 157-time singles title winner also commented on Raducanu’s “radical” coaching situation following the British No 1’s recent separation with coach Torben Beltz, a decision made to “transition to a new training model with the LTA helping in the interim”. Asked whether the 19-year-old should find one permanent coach, Evert said: “Well isn’t that everybody’s goal, everybody’s dream to find that right person and obviously she has not found the right person.

“It’s very radical what she’s doing, I mean she has three of four people that are helping her. I know for me it would be very confusing, I liked to make things very simple when I was on the tour. One coach that I could trust and that I respected and trust me, if my coach wanted to get somebody that could help me with my serve, that was a serving expert, he would bring somebody over to watch me serve. I have no problem with that.”

While Evert admitted she couldn’t have approached her coaching strategy in the same way, she gave Raducanu the benefit of the doubt and admitted she thought the US Open champion would find someone soon enough. “Look, whatever works for her. I can’t make any judgements whatever but I do think at some point she will have one coach because she will figure it out that it’s just easier, mentally, emotionally and physically just to have one person that you can really trust and answer to and collaborate with.”

Denial of responsibility! NewsUpdate is an automatic aggregator around the global media. All the content are available free on Internet. We have just arranged it in one platform for educational purpose only. In each content, the hyperlink to the primary source is specified. All trademarks belong to their rightful owners, all materials to their authors. If you are the owner of the content and do not want us to publish your materials on our website, please contact us by email – [email protected]. The content will be deleted within 24 hours.
best sports newsBritcrashesdefendedEmmaFrenchnews update sportsnewsupdate

IPL 2022: ‘Not for the faint-hearted’, how Twitterati reacted to RCB’s 14-run win over LSG in Eliminator – Firstcricket News, Firstpost