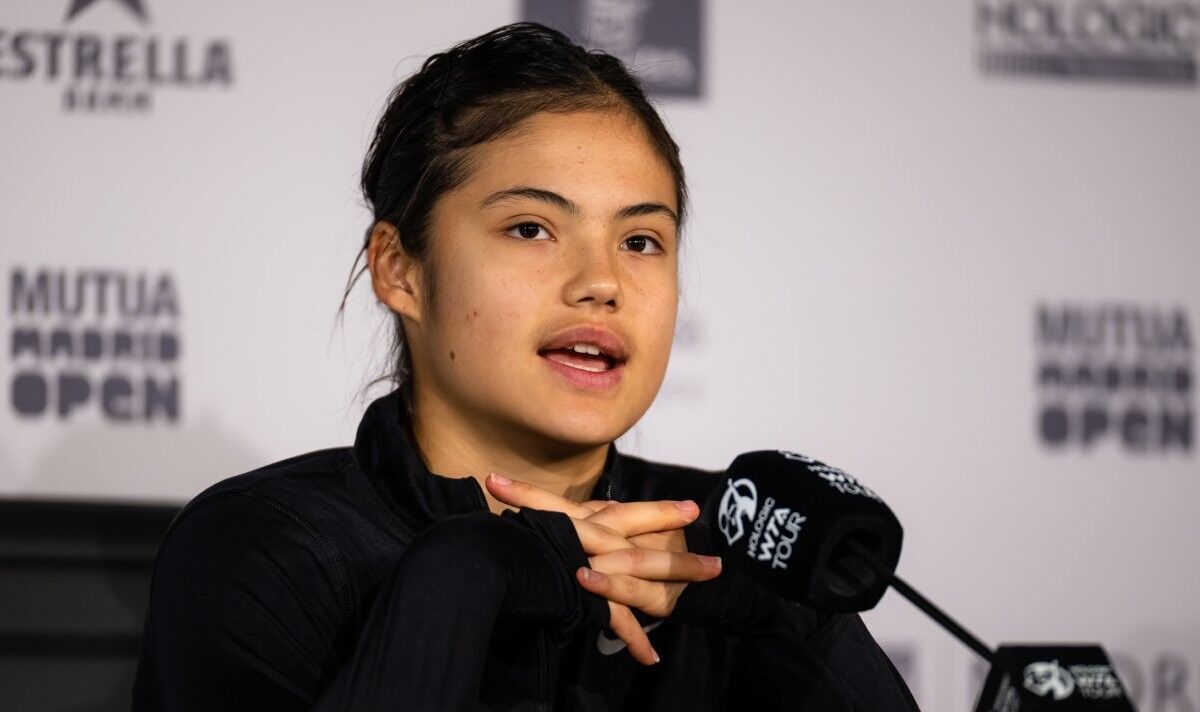 Emma Raducanu has admitted she’s still ‘managing’ a back injury suffered in Madrid as she gears up for her first-ever Italian Open campaign, starting on Tuesday. Rome is the final stop before she makes her maiden appearance in the French Open, the only Grand Slam she is yet to feature in during her fledgling career.

Raducanu has learnt the strains of a professional tennis player in her debut season on the WTA Tour. She’s faced several knocks that have hampered her performance, including blisters on her racquet hand at the Australian Open and feet blisters in the Billie Jean King Cup.

Most recently, the world number 12 suffered from a back issue in her Madrid Open last-16 defeat by Anhelina Kalinina. And she has admitted she’s still adapting to the intensity of longer matches but believes she is in suitable condition ahead of the showcase in Rome.

She said: “I think it’s just coming from a lot of intensity and overload. My back, I’m managing it. Like it’s fine. But it’s just trying to adapt again to the long matches, to the intensity. I think that all of the small sorts of niggles I’m getting, they’re all related and connected to each other when something is overcompensating, perhaps. Yeah, we’ll see.”

JUST IN: Alcaraz beats Djokovic and Nadal to win Madrid as Raducanu injured

Raducanu has taken the bold move of going without a coach after parting ways with Torben Beltz last month. And while the 19-year-old describes herself as a ‘loner’, she has insisted she is often surrounded by others and is finding life without a coach useful to understand what she needs in the early stages of her promising career.

“I’d describe myself as a loner,” Raducanu explained, laughing. “For the past year, I’ve had a lot of people around me a lot and very often. To be on my own is interesting because I’m kind of finding out a lot about myself, understanding what I need and what I don’t need.”

Raducanu will face Bianca Andreescu for the first time in the opening round, with the prospect of a second-round clash against Naomi Osaka or Sara Sorribes-Tormo up for grabs for the winner. The young Brit is expecting an ‘interesting’ affair against a star who mirrored her stunning US Open success as a 19-year-old in 2019.

She added: “Of course, we are both pretty good players,” Raducanu said. “It’s going to be a good match-up, for sure. She’s a great athlete and obviously a champion. She’s got a really good attitude. Yeah, I think it’s going to be interesting.”

Denial of responsibility! NewsUpdate is an automatic aggregator around the global media. All the content are available free on Internet. We have just arranged it in one platform for educational purpose only. In each content, the hyperlink to the primary source is specified. All trademarks belong to their rightful owners, all materials to their authors. If you are the owner of the content and do not want us to publish your materials on our website, please contact us by email – [email protected]. The content will be deleted within 24 hours.
aheadbest sports newsEmmainjuryItalianlabelslonernews update sports

Companion mode coming to WhatsApp: What we know so far