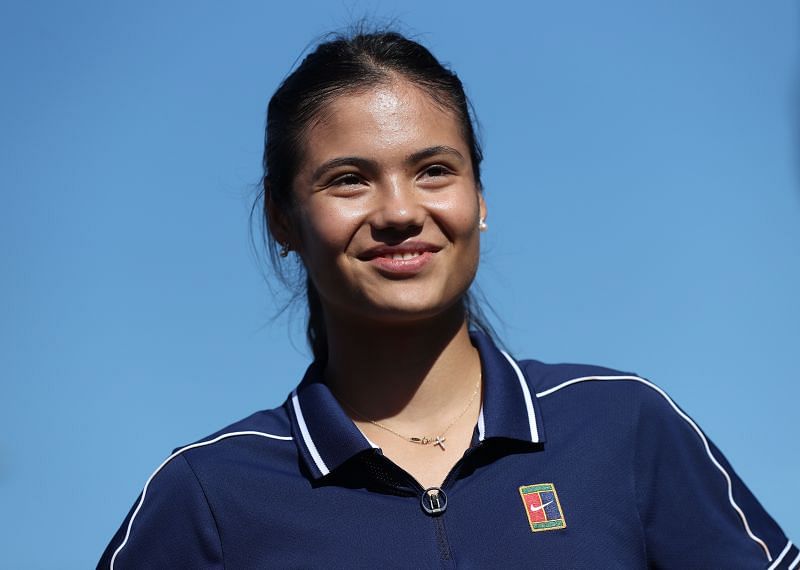 Emma Raducanu will open her 2021 BNP Paribas Open campaign against Aliaksandra Sasnovich in the second round on Friday. The British teenager will be playing in her first Tour event since winning her maiden Grand Slam title at the US Open.

Raducanu, who is of Romanian descent, has landed in a packed section of the draw and could potentially play her childhood idol Simona Halep in the third round. Speaking to the media ahead of her campaign at Indian Wells, Raducanu said she was excited by the prospect of playing Halep so early in the tournament.

“Every single player in this draw is high quality. Anything can happen,” Raducanu said.

“Obviously Simona is my idol and if it were to happen I’d be really excited and up for it,” she continued. “Because it’s an amazing opportunity and experience. One match at a time. Just looking forward to getting out there when I play my first match.”

Raducanu also recalled her improbable run to the title at the US Open, saying that she likes to reflect back on the really “cool experience” of winning her maiden Grand Slam.

The Brit added that she was proud of her achievement, but was now “hungry” for more success.

“It was such a cool experience and sometimes you do just rewind and relive the moment and the feelings,” Raducanu said. “It’s great to reflect and have that so gradually it sort of sinks in.”

“I’m just super proud of the achievement. I’m now looking forward. I’m not going to cling on to that. I’m still hungry for more, really,” she added.

Emma Raducanu and Andy Murray were recently spotted practicing together ahead of the BNP Paribas Open.

The tournament’s official Twitter handle shared a photograph of Raducanu and Murray’s practice session, captioning it: “The next season of The Crown”.

The British duo open proceedings on Court 1 on the second day of the tournament. Raducanu, who is seeded 17 in the women’s singles draw, faces Belarus’ Aliaksandra Sasnovich, while Murray takes on Frenchman Adrian Mannarino.

Denial of responsibility! NewsUpdate is an automatic aggregator around the global media. All the content are available free on Internet. We have just arranged it in one platform for educational purpose only. In each content, the hyperlink to the primary source is specified. All trademarks belong to their rightful owners, all materials to their authors. If you are the owner of the content and do not want us to publish your materials on our website, please contact us by email – [email protected]. The content will be deleted within 24 hours.
best sports newsEmmaEmma RaducanuexcitedHalepidolIndianIndian Wells Masters 2021