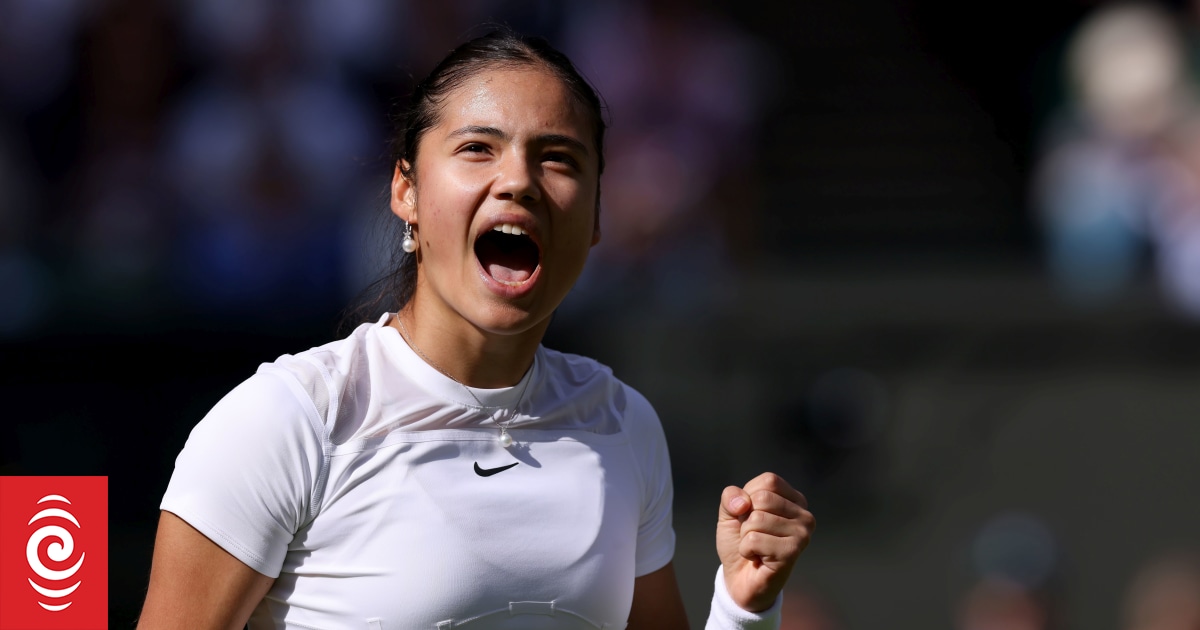 Emma Raducanu to play in Auckland

The British star, who turned 20 this week, joins World No 7 Coco Gauff, fellow American Sloane Stephens and Canadian No 1 Leylah Fernandez among the world’s best to sign up for the WTA women’s event from January 2.

Both Raducanu and Stephens have been Grand Slam winners at the US Open.

She was born in Canada, but her Romanian father and Chinese mother, who work in the finance industry, moved to London when she was two.

At 150 in the world rankings before the US Open, Raducanu rose to top-10 in July this year. Raducanu became the darling of the British sporting scene and has learned to cope with the celebrity that comes with sporting success in the UK. She became the third highest-paid female athlete in 2022 after securing several endorsements.

“I’m really looking forward to coming to New Zealand. I’ve heard so many good things about the tournament. It is a great way to start off the Australian Open swing,” said Raducanu.

“I have heard that the tournament in New Zealand is great for players and fans. New Zealand is known for its beautiful landscape and nature, so I hope I can get to explore some of the other beautiful parts whilst in my time there.”

She is hoping the ASB Classic will be the start of a strong 2023.

“My goals for 2023 are to again gain more experience on the Tour. It was only my first full year in 2022 and to complete more of the year and remain injury-free as much as possible – that’s my biggest goal. A really good physical foundation will hold me in good stead for the future.”

ASB Classic Tournament Director, Nicolas Lamperin said the event is thrilled to have attracted Raducanu to the tournament.

“Emma has a huge profile in world tennis and is a young player of immense ability,” said Lamperin.

“Clearly her US Open triumph and journey was spectacular and so we are thrilled that Emma has decided to play in Auckland as part of her preparation for the Australian Open.

“She has had to cope with so much attention from media, fans and commercial interests as well as continue to develop as a player. In UK that is a level of pressure that can be overwhelming.

“Emma is showing that she can cope with this celebrity and is now working hard on her game to prove that her US Open triumph was only an indication of her capabilities. I am sure fans will want to throng into the ASB Tennis Arena to see her in action. It is very exciting.”

Lamperin said while there is a strong base of top quality females confirmed for the tournament, he is confident of some other exciting players to confirm this month.

The WTA women’s event runs from 2 January at the ASB Tennis Arena, Stanley St, followed by the ATP men’s competition starting on 9 January.

Denial of responsibility! NewsUpdate is an automatic aggregator around the global media. All the content are available free on Internet. We have just arranged it in one platform for educational purpose only. In each content, the hyperlink to the primary source is specified. All trademarks belong to their rightful owners, all materials to their authors. If you are the owner of the content and do not want us to publish your materials on our website, please contact us by email – [email protected]. The content will be deleted within 24 hours.
AucklandAudiobest sports newsCurrent AffairsEmmaNewsnews update sportsnewsupdate