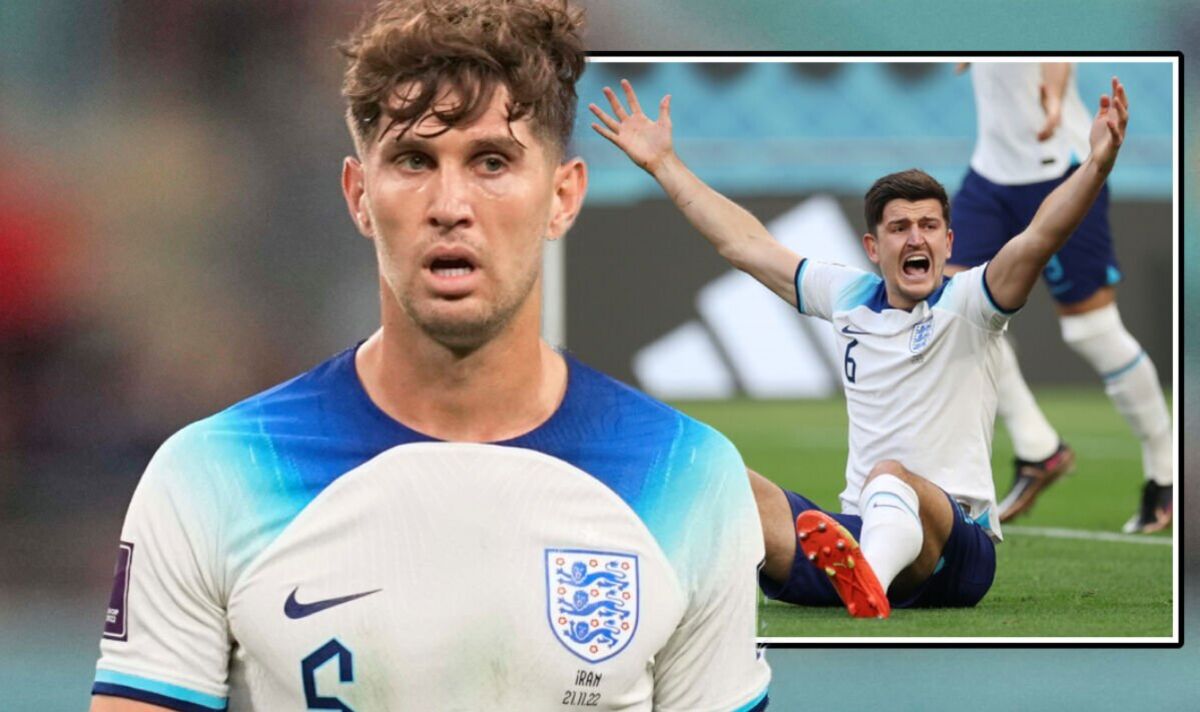 John Stones insists England are not about to derail the love train – all they want is for referees to get properly on board. The centre-back seemed surprised to hear the nickname for the Three Lions’ set-piece routine from the 2018 World Cup where players stand in a line to make it difficult for defenders to mark them.

“Is that what it is called?! The love train? I’m going to keep it as that,” Stones vowed. But he admitted the ploy did not go as well as England in this finals against Iran as the early attempt to use it ended with himself and Harry Maguire in a heap on the floor without so much as a sniff of a penalty.

“I don’t know what that VAR thought process was,” Stones said. “I know that Harry got kind of highlighted in that first kind of instance – but I’m not one for going down and I was straight up appealing for a penalty. I didn’t even realise that Harry had been having the same thing.

“And looking at it after, I’m a bit baffled that nothing had been called and then was given late in the game for Iran for something that, in my opinion, was never, ever, ever a penalty. There has got to be some sort of consistency to it and that’s where everyone’s frustration is.

“We get sat in a refereeing meeting before the tournament and get told certain things and my frustration is when those don’t get backed up. We try to adapt our game to the way they want to ref things and I understand that they have got a super-difficult job nowadays with all the cameras and so many options being different to others.

“But there has to be a bit of clarity.” Stones is expected to start again against USA, when he may once more partner Maguire, with Eric Dier the other potential option. Dier replaced Maguire against Iran after the Manchester United complained of feeling ill.

Stones’ 90 minutes against Iran was his 60th England cap and the Manchester City defender revealed his pride at reaching the milestone. He said: “Before the Iran game, I knew I was on 59, actually. A while ago, when I wasn’t in the team, you probably all heard me say that it might have been my last.

“So since I have come back into the team, I have given everything I have and cherish everything and never take it for granted every time I play.

“I have my targets in my head of where I’d love to be. I spoke to my family after the Iran game and told them how proud I was personally to get 60 caps. Now hopefully I can get many more.”

Denial of responsibility! NewsUpdate is an automatic aggregator around the global media. All the content are available free on Internet. We have just arranged it in one platform for educational purpose only. In each content, the hyperlink to the primary source is specified. All trademarks belong to their rightful owners, all materials to their authors. If you are the owner of the content and do not want us to publish your materials on our website, please contact us by email – [email protected]. The content will be deleted within 24 hours.
aceairsbest sports newsCupenglandfrustrationsJohnnews update sports