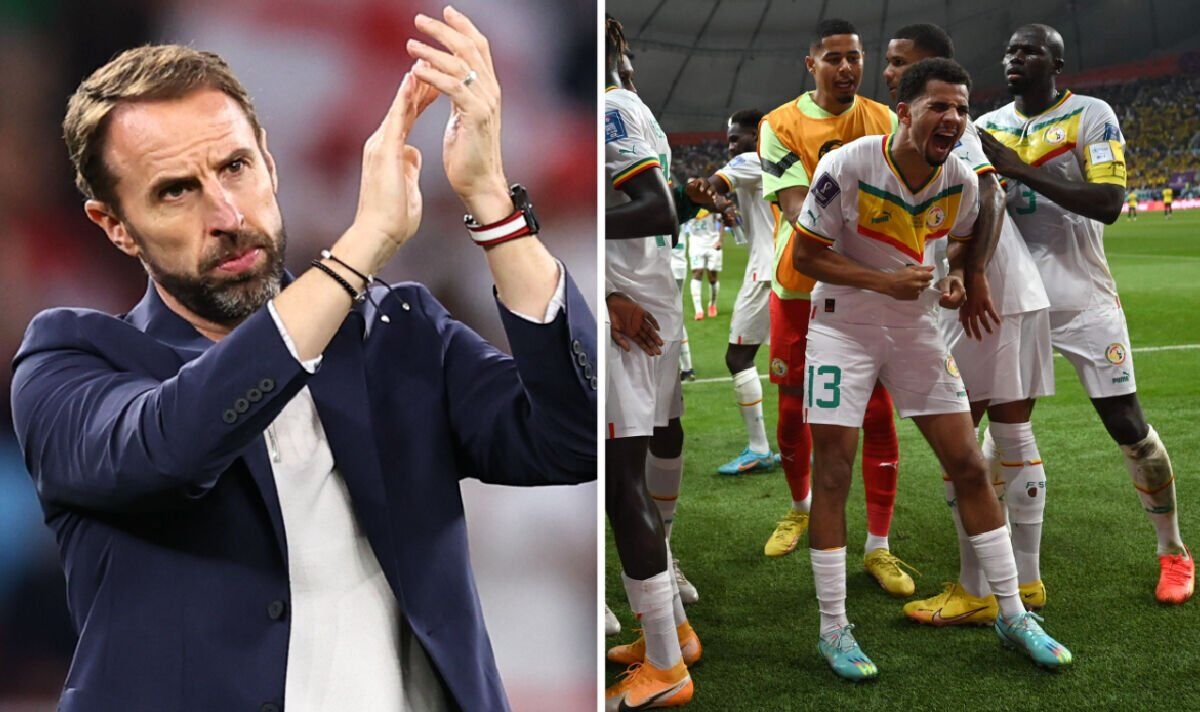 Senegal will be without injured star striker Sadio Mane but England manager Gareth Southgate says the African champions will be tough opponents for his side in the last 16 of the World Cup. The Three Lions finished top of Group B on Tuesday night to set up the encounter in the next round.

A 3-0 win over Wales in Qatar secured England passage to the knockout stages as Marcus Rashford bagged a brace and Phil Foden found the net. That means England have scheduled a tie on Sunday against Africa Cup of Nations winners Senegal.

Senegal finished second in Group B behind Netherlands. They beat Ecuador 2-1 on Tuesday night after losing 2-0 to the Dutch and beating hosts Qatar 3-1.

“We know on the rankings we will be favourites – we’ve got to deal with that – but they’re a very dangerous team,” said Southgate. “The first objective is achieved. To this point we’re really pleased. The big business starts now.”

There will be no celebratory alcohol for Southgate’s stars after the Wales win, however. He continued: “We have got loads of milkshake back at the hotel, everything is different, we are embracing it and we love our base camp.”

Rashford powered England through to the World Cup knockout stages with a deadly double. The Manchester United attacker, who had not played for England for 16 months before the tournament, struck twice in the second half.

“Moments like this are what I play football for – the biggest and best moments,” said Rashford, the man of the match. “I am really happy today and happy we are through to the next round.

“Hopefully we can build on this performance. I have massive ambitions for this team. We can play even better than we’ve shown today. We have a really good squad and a squad that is definitely capable of challenging to win the tournament.”

Rashford dropped to his knees and gave thanks to the heavens after his stunning free-kick that opened the scoring afterwards in honour of his friend Garfield Hayward who died at the weekend. “Unfortunately, I lost one of my friends a couple of days ago,” said Rashford.

“He had quite a long battle with cancer so I’m pleased I managed to score for him. He’s always been a big supporter of mine. He was just a great person and I’m pleased he came into my life.”

Wales captain Gareth Bale, who was taken off at half time with a hamstring injury, angrily pushed a TV camera away as he left the dugout after the final whistle.

“Everyone is disappointed but we are all proud to get here. We have to look at how far we’ve come,” said Bale. “Football is not easy. We did not live up to our expectation at this tournament.”

Denial of responsibility! NewsUpdate is an automatic aggregator around the global media. All the content are available free on Internet. We have just arranged it in one platform for educational purpose only. In each content, the hyperlink to the primary source is specified. All trademarks belong to their rightful owners, all materials to their authors. If you are the owner of the content and do not want us to publish your materials on our website, please contact us by email – [email protected]. The content will be deleted within 24 hours.
best sports newsBossenglandGarethnews update sportsnewsupdatePlayersSenegal

Will Twitter 2.0 resonate with brands, users in India? A lot depends on how it keeps its house safe.

Tyson Fury already has next bout after Usyk clash pencilled…