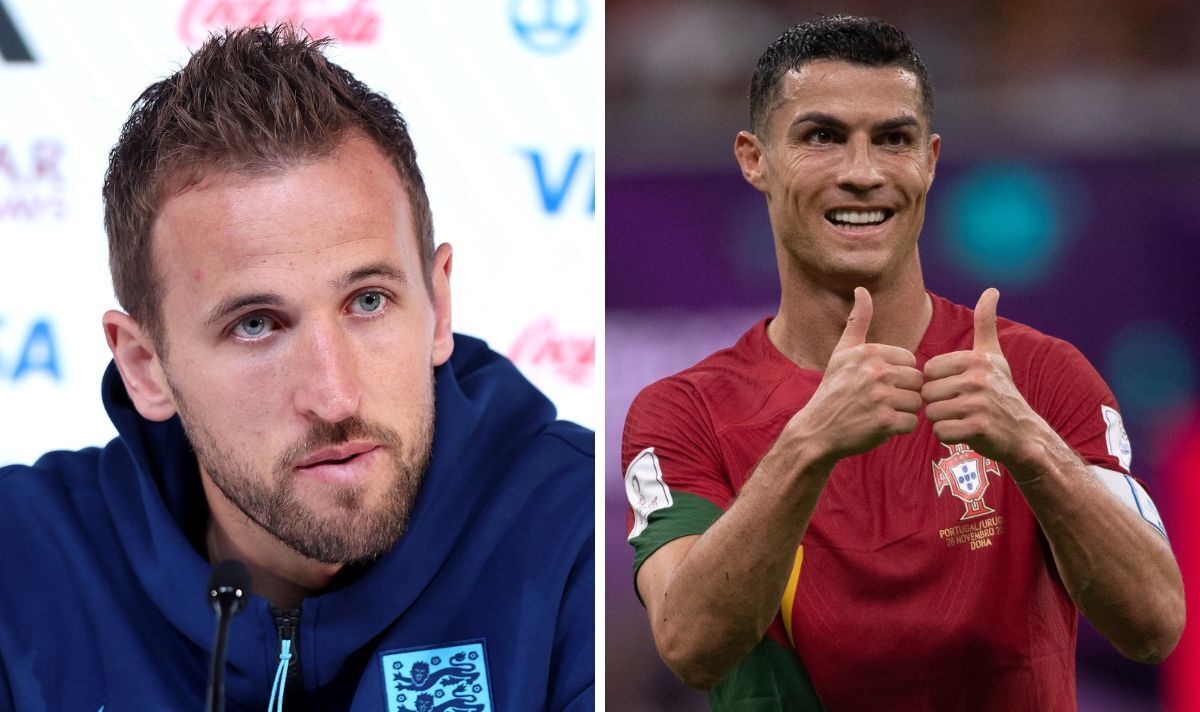 Harry Kane has declared he would have done exactly the same as Cristiano Ronaldo had he not been given a goal that he felt he touched. The England captain knows all about goal appeals after he successfully reached out to the Premier League in 2018 to claim a header at Stoke following a cross from Christian Eriksen.

Kane had been scrutinised for the appeal as there was no decisive replay but the Spurs frontman eventually received the nod following a detailed investigation.

That’s why Kane refused to be critical of Ronaldo’s antics earlier this week when the former Manchester United superstar tried to claim a goal from Bruno Fernandes.

FIFA refused to oblige and gave the goal to the playmaker but Kane has defended Ronaldo by stating he was well within his rights to make a passionate claim.

“If it touched me, I would have definitely claimed it,” said Kane.

“When you’re scoring goals it makes you a bit more happy around the place,” said Kane, when reflecting on his lack of form. “You’re a bit more laid back.

“I’m someone who wants to score in every game, but as you get more experience, you know it’s not going to happen every game so you have to be patient.

“I try to look at my all-round game. Are there areas I can improve? Are there reasons why I am not scoring?

“But sometimes it’s just that the ball falls your way and other times it doesn’t.

“So I try not to think about it too much. The best way is to just go out there in every game with the same mindset.

“The most important thing is trying to win the game – and if the goals and chances come your way, be ready to take them.”

Kane is expected to start against Senegal having featured from the get-go in all three of England’s group matches to date.

Callum Wilson played 30 minutes on Tuesday from the bench as the Three Lions romped to a 3-0 victory over the Dragons.

Gareth Southgate is facing a selection headache in attack though with Phil Foden and Marcus Rashford both battling to keep their place in the starting XI ahead of Raheem Sterling and Bukayo Saka.

Denial of responsibility! NewsUpdate is an automatic aggregator around the global media. All the content are available free on Internet. We have just arranged it in one platform for educational purpose only. In each content, the hyperlink to the primary source is specified. All trademarks belong to their rightful owners, all materials to their authors. If you are the owner of the content and do not want us to publish your materials on our website, please contact us by email – [email protected]. The content will be deleted within 24 hours.
best sports newscaptaincontroversialenglandGoalHarryKanenews update sports

Skipper Son eyes ‘another miracle’ against Brazil at World Cup