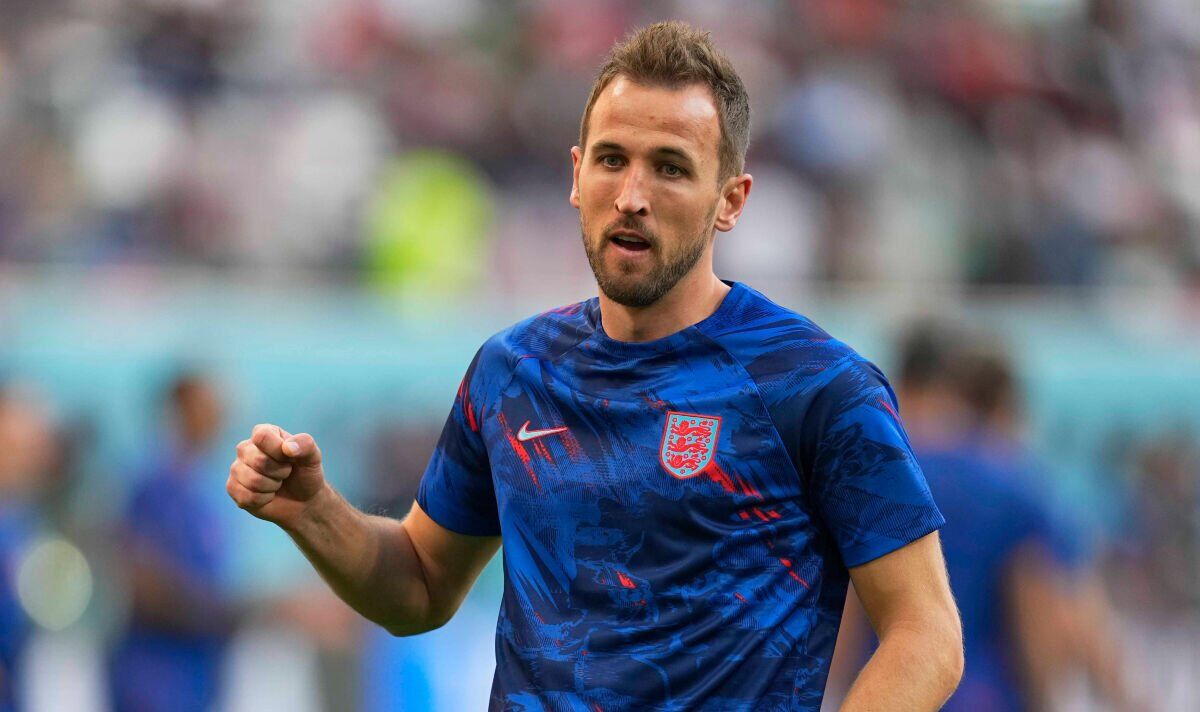 Harry Kane is set to hand England a major fitness boost ahead of their clash against the USA on Friday after undergoing a scan on his ankle. The striker was rated as a doubt for the clash after picking up a knock during the 6-2 win over Iran on Monday, but it has emerged the captain’s injury is not regarded as a concern and he is set to be fit enough to play on Friday evening in Qatar.

Concerns were raised over the Tottenham striker’s fitness in time for Friday’s showdown with the United States after he went for a scan on Tuesday to discover the extent of his ankle issue, which forced him to be substituted late on against Iran.

However, it is understood that the scan was more of a precaution than an absolute necessity as England were keen to explore if there was any lasting damage. And Kane, whose worst injury problems have largely centred around ankle issues, is confident he will be fit.

Goalkeeper Jordan Pickford added that Kane was “fine” in training and revealed he had been out on the grass, which will surely come as a huge relief to Gareth Southgate.

He was replaced after 76 minutes by Wilson with England already leading 5-1 after two goals from Bukayo Saka, in addition to strikes from Rashford, Jude Bellingham and Raheem Sterling.

Wilson made an impact from the bench by setting up Jack Grealish for the sixth goal before Mehdi Taremi grabbed a consolation from the penalty in the 13th minute of stoppage time.

Kane is closing in on Wayne Rooney’s tally as England’s all-time record goalscorer with 51 goals, just two shy of the Manchester United hero’s haul. And the opportunity to face the USA may bring him closer to equalling or even surpassing Rooney’s total in Qatar.

Denial of responsibility! NewsUpdate is an automatic aggregator around the global media. All the content are available free on Internet. We have just arranged it in one platform for educational purpose only. In each content, the hyperlink to the primary source is specified. All trademarks belong to their rightful owners, all materials to their authors. If you are the owner of the content and do not want us to publish your materials on our website, please contact us by email – [email protected]. The content will be deleted within 24 hours.
best sports newsBoostclashenglandFitnessKaneMajornews update sports

Baal Aadhaar Biometric update: Why it is important and how to do it – Times of India