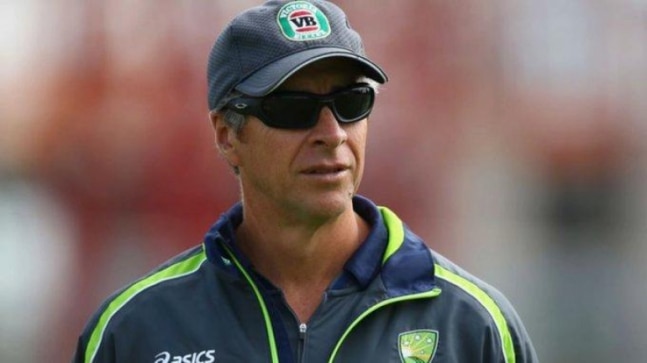 Australian Troy Cooley has returned to work with the England team as a consultant bowling coach ahead of the Ashes series which starts next month in Brisbane.

The England and Wales Cricket Board (ECB) have confirmed the appointment of Troy Cooley as consultant pace bowling coach for the touring party’s preparation ahead of the Ashes Test series starting next month.

Cooley was bowling coach for England when they won the Ashes in 2005 after a drought of nearly 20 years. However, he went on to coach Australia’s bowlers, having not had his contract extended by the ECB.

Cooley will then assist England A in their four-day match against Australia A starting Dec. 9.

“It’s great to have someone of Troy’s expertise and experience supporting our Ashes prep and also working closely with the Lions (second tier) pace bowlers,” Mo Bobat, the ECB Performance Director said in a statement.

“Troy’s understanding of what it takes to be successful in Australian conditions is second to none, and the players are sure to benefit hugely.”

Stuart Broad also hailed the hire of Cooley, who is set to join the Board of Control for Cricket in India’s (BCCI) National Cricket Academy in the coming months.

The 55-year-old Cooley joined the Test specialists and the Lions for the three-day intra-squad warmup match that began on Tuesday at Redlands, Brisbane.

During his previous coaching spell with England, he was instrumental in helping players such as James Anderson, Andrew Flintoff, Steve Harmison and Matthew Hoggard.

Denial of responsibility! NewsUpdate is an automatic aggregator around the global media. All the content are available free on Internet. We have just arranged it in one platform for educational purpose only. In each content, the hyperlink to the primary source is specified. All trademarks belong to their rightful owners, all materials to their authors. If you are the owner of the content and do not want us to publish your materials on our website, please contact us by email – [email protected]. The content will be deleted within 24 hours.
Ashesaustraliabest sports newsbowlingCoachConsultantCooleyengland