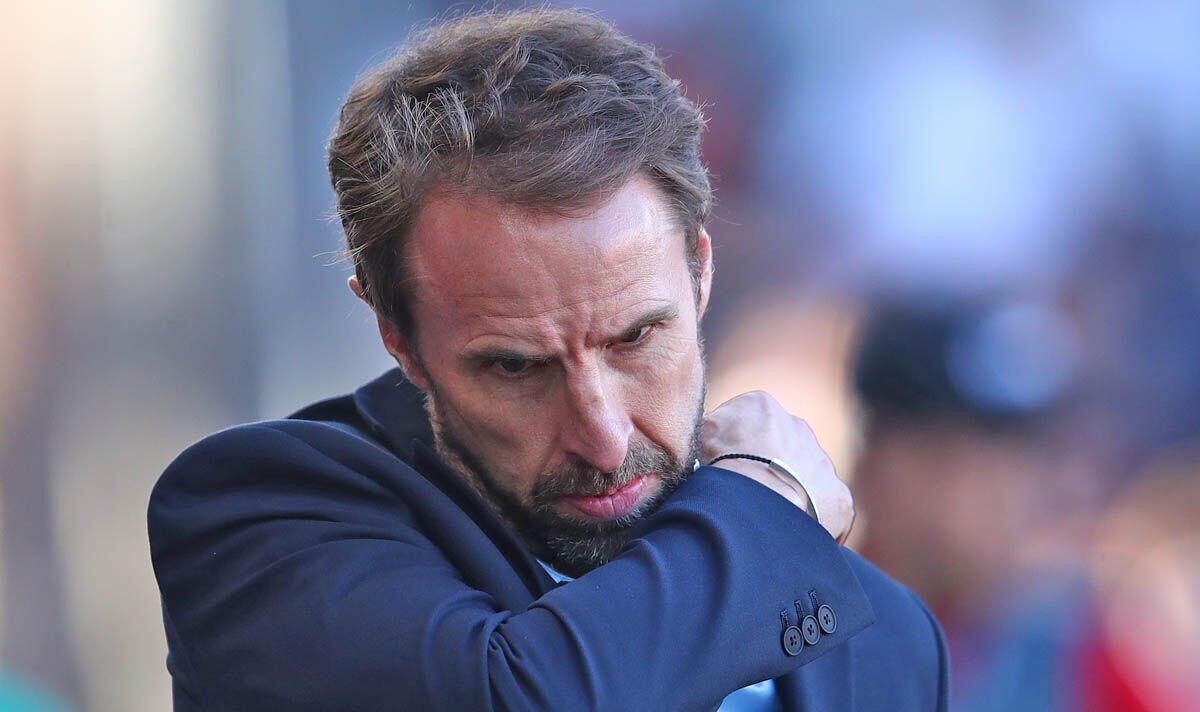 England players have taken the blame after their 4-0 defeat to Hungary and want Gareth Southgate to stay, according to reports. The Three Lions boss is under pressure in the wake of some disappointing results and their failure to win the European Championships back in the summer. But with players backing him, it appears the former Middlesbrough boss is primed to stay.

England were just a penalty shootout away from winning the European Championships last year, only to end up losing in the final to Italy.

And, since then, the Three Lions have struggled.

England lost to Hungary twice in the Nations League, while also being lucky to avoid defeats against Germany and Italy with poor performances in all four games.

But while the pressure is mounting on Southgate, the Daily Mail say members of the squad want the 51-year-old to stay on as manager.

The FA are also giving Southgate their ‘full support’ despite the fact England have failed to score a single goal from open play in recent times.

Southgate was booed and jeered by fans after the chastening defeat to Hungary at Molineux.

But the FA won’t be relieving the former Boro boss of his duties, especially with the World Cup in Qatar creeping increasingly closer.

Southgate told players after the recent loss to Hungary that he should shoulder blame, rather than them.

He believes he’s over-experimented, while the members of the squad themselves are said to have been ‘shell-shocked’ by the Hungary defeat.

England players think criticism of Southgate is ‘unfair’ and they also accept they’ve underperformed as a group.

So, while there’s been a small clamouring for the FA to act, that won’t be happening at the current moment in time.

Raheem Sterling backed Southgate following the defeat to Hungary, insisting he can’t be judged on a few bad displays.

“If you look at the steps that he’s [Southgate] made over the last couple of tournaments, semi-final and a final, I think a Nations League couple of bad results is not something that we can judge him on,” said the Manchester City star.

“This is down to the players to take this one on the chin, assess ourselves and come back.”

And Harry Kane did the same, saying: “I understand their [the fans’] frustration, we want to win every time we put on an England shirt.

“The crowd have to understand that. We have to keep working to have a successful World Cup.

“We’ve not had a camp like it for a long, long time. It’s time to keep our heads up and have a break now and then come back strong in September.

“It’s our first big defeat in a long, long time. The defence has been the structure of our success over the last few years.

“It’s a night to forget of course. We have to take it on the chin and move forward.

“We have to prepare for a big World Cup. That’s the most important thing. We have learned a lot from this camp.

“Let’s not forget where we’ve come from: our first final in 60 years [at Euro 2020 last summer], semi-final in the World Cup, compared to where we were in the last 50 years.”

Southgate himself, meanwhile, labelled the defeat to Hungary as a ‘difficult night’.

“We’ve broken a huge number of records and tonight we’re on the other side of it,” he stated. “I don’t think it [the recent poor run] is painful – because we haven’t been at full strength. We need to be at full strength to win matches and we’ve seen that for several teams across Europe in the Nations League.

“Tonight’s a difficult night. I’ve watched as a kid and a player, and I recognise those difficult times.

“But you can’t just be at the front when things are good, and not stand up when things get tough.

“I knew the role before I took it. It’s happened in ten days, not eleven months. But I’ve seen other England managers go through that – the great Bobby Robson was, and look how he was judged in the end.

“Football is emotion, and if the flak comes my way, you have to expect that.

“You can’t be England manager and have the run I’ve had for the last five years without also having some tough times.”

Denial of responsibility! NewsUpdate is an automatic aggregator around the global media. All the content are available free on Internet. We have just arranged it in one platform for educational purpose only. In each content, the hyperlink to the primary source is specified. All trademarks belong to their rightful owners, all materials to their authors. If you are the owner of the content and do not want us to publish your materials on our website, please contact us by email – [email protected]. The content will be deleted within 24 hours.
best sports newsDefeatenglandGarethHungarynews update sportsnewsupdatePlayers

Why is PUBG available in India: NCPCR asks IT ministry after teen shoots mom over game