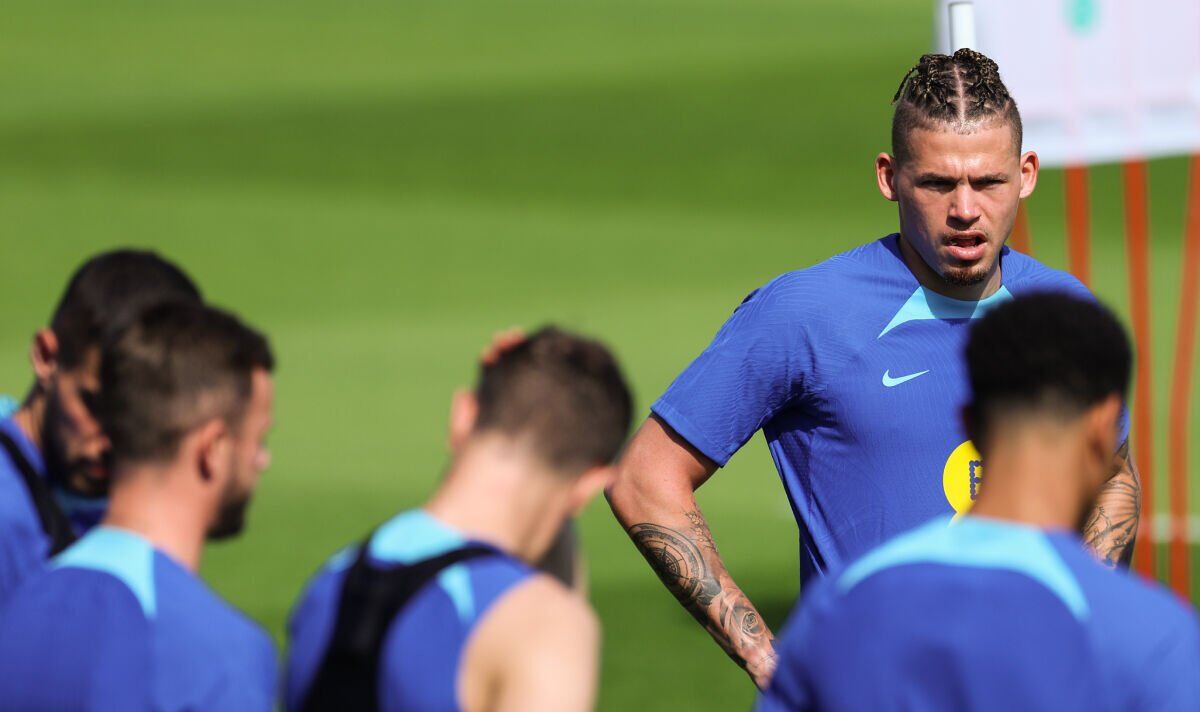 England star Kalvin Phillips has explained the scary moment he thought he may have ended his World Cup dreams just hours after being named in Gareth Southgate’s squad for the Qatar tournament. The Manchester City midfielder has played just 54 minutes of football this season following shoulder surgery.

City shelled out a whopping £42million to prise Phillips away from Leeds in the summer. But he injured his shoulder during a friendly against Barcelona in August. The 26-year-old subsequently appeared off the bench in two Champions League matches but was then forced to go under the knife when the issue got worse.

Phillips spent nearly two months on the sidelines as his World Cup place was thrown into jeopardy. He came off the bench in City’s 2-0 Carabao Cup victory over Chelsea earlier this month but then proceeded to drop a weight on his foot ahead of his side’s Premier League encounter with Brentford last weekend.

“It’s a good story, to be honest,” Phillips said. “Before the game against Brentford, being the professional that I am, I went to the gym to do loads of Achilles work on the leg press. I pulled a weight off the rack and there must have been one stuck behind it because it landed straight on my foot and left me with a bit of a cut.

“When someone like Pep Guardiola tells you something, you don’t ignore it. It meant I would obviously miss a lot of game-time, but my long-term goal had to be to get healthy. Obviously I wanted to be involved in the World Cup, but if it didn’t happen then I wanted to make sure I was ready to go back to City as a new player because I hadn’t played too much.”

And Phillips added: “I haven’t had enough playing time – but I’ve been training at City with the best players in the world and I’ve been working really hard. When Gareth called to tell me I was in the squad, I didn’t want to show too much emotion because there were other players who would be getting bad news. I just said, ‘thanks for believing in me.’”

Denial of responsibility! NewsUpdate is an automatic aggregator around the global media. All the content are available free on Internet. We have just arranged it in one platform for educational purpose only. In each content, the hyperlink to the primary source is specified. All trademarks belong to their rightful owners, all materials to their authors. If you are the owner of the content and do not want us to publish your materials on our website, please contact us by email – [email protected]. The content will be deleted within 24 hours.
aheadbest sports newsCupenglandExplainsKalvinmomentnews update sports