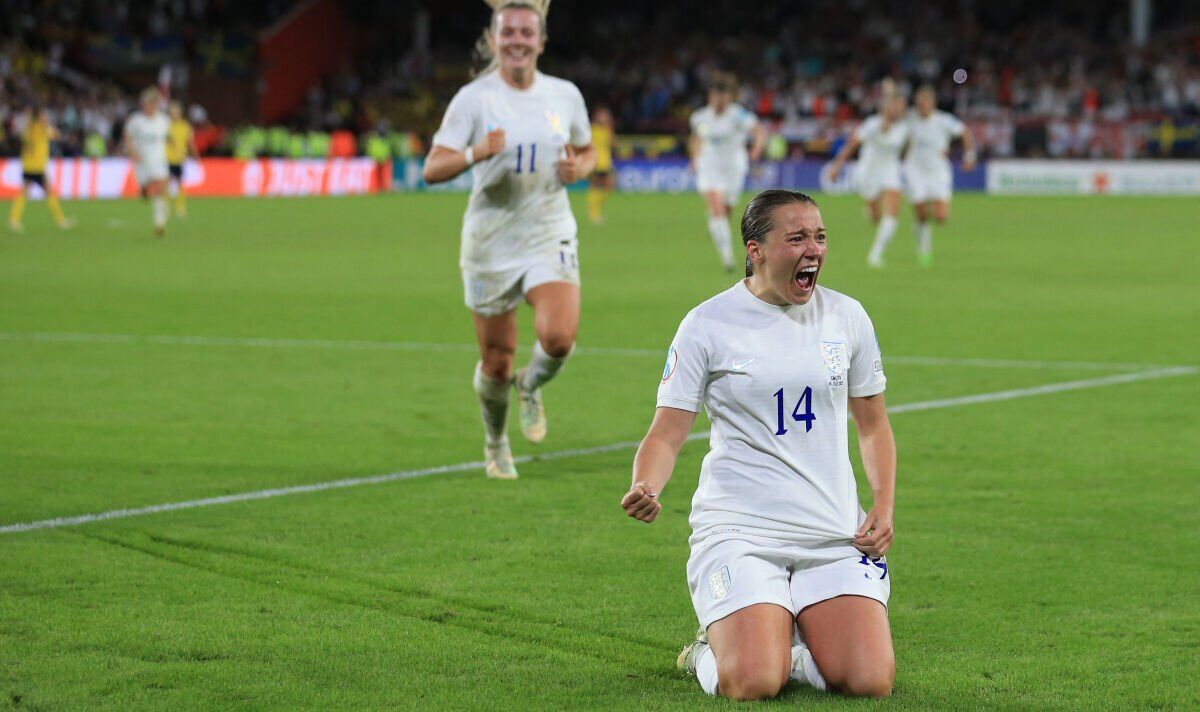 England’s story in major tournament semi-finals is Fran Kirby’s story. She was part of the squads which reached the last four in 2015, 2017 and 2019 only to fall short. On Tuesday night she was part of the Lionesses team that finally made it.

No-one deserves their super Sunday at Wembley more. With her 5ft 4in stature and shorts a couple of sizes too big for her, Kirby is a well-disguised assassin but she is such an intelligent player. England are fortunate to have her.

From the impish grin during the anthem before kick-off, it was clear she was determined to enjoy, not endure, the occasion at a buzzing Bramall Lane whatever the weight of history and boy did she do so. To be involved in another semi-final, however cloying the pressure, was a privilege given that it was touch and go whether the 29-year-old would even make these Euros.

Her Chelsea season ended in February after she was laid low by a chronic fatigue problem which made training, let alone, playing impossible. The road to recovery was an uncertain one but with the help of an oxygen tent installed at her home and visits to a specialist in Barcelona she gradually returned to fitness in the nick of time.

She was the player who set England on their way in this tournament with the assist to Beth Mead in the nervy opener against Austria. There were two more in the defenestration of Norway.

Yet all the way through there has been the feeling there is more to come. Three times in four games before Tuesday night she has been one of the players to give way for the bench cavalry, a reflection perhaps of where she has been physically.

Her hope – and England’s – was that it was all building towards Tuesday night and so it proved. She was a constant thorn in the side of the Olympic silver medallists, pulling the Swedes this way and that, dropping into the space between the defence and midfield as the fulcrum of the England attack and then racing in behind to stretch them on the break.

The second half goals which killed them off both had her creative hand in them. It was Kirby’s superb swivel pass to Lauren Hemp which led to the corner from which Lucy Bronze headed home.

It was Kirby who set up Alessia Russo for the shot she should have buried but will, thanks to the dream backheel which followed, be forever grateful she didn’t. And then it was Kirby who scored the fourth to make sure before she was substituted to a standing ovation.

Job done by the mini-marvel and job done emphatically by the Lionesses.

Denial of responsibility! NewsUpdate is an automatic aggregator around the global media. All the content are available free on Internet. We have just arranged it in one platform for educational purpose only. In each content, the hyperlink to the primary source is specified. All trademarks belong to their rightful owners, all materials to their authors. If you are the owner of the content and do not want us to publish your materials on our website, please contact us by email – [email protected]. The content will be deleted within 24 hours.
best sports newsdeservesEnglandsEuroFranHeartacheillnessKirby

Here’s a comprehensive look at the Bloodborne PSX demake