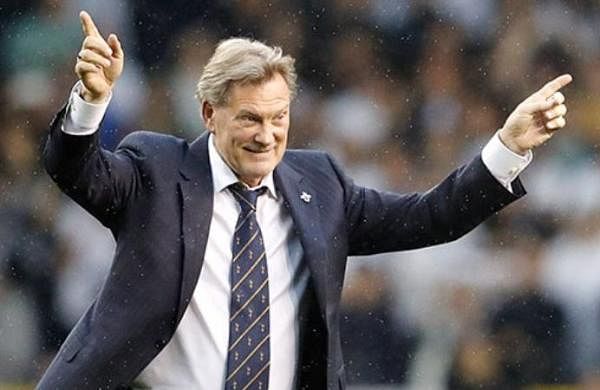 BENGALURU: There is an air of confidence among Liverpool players at the present. Why not! They are in an amazing 13-match unbeaten streak across all competitions and it has been achieved during the busy period where they are competing in different fronts as well.

With the team playing some impressive football, the dreams of quadruple is still on. They won the EFL Cup and are one win away from the Champions League and FA Cup triumph.

However, they are still second in the Premier League, one point behind Manchester City. With four matches left for both teams to play in the competition, Liverpool will need Pep Guardiola’s men to drop points and ensure they win all their matches.

It is not going to be any easy with competitive teams in the league. Their biggest test lies on Saturday when they face Tottenham Hotspur at Anfield, who are themselves fighting for a top-four spot.

“We know for Liverpool it is an incredibly important game for them, isn’t it? To keep the pressure on City. They are in a fantastic mood at the moment. Their form is well, second to none. But for Spurs, just as big in many ways you know they’ve got a game for the top four and Spurs need to be for many different reasons for that stadium for that to keep (Antonio) Conte happy and for their future they need to be in the Champions League,” said Glenn Hoddle, former Spurs manager.

With plenty on the line for both teams and several star players on the pitch, it has all the ingredients of a classic. If Liverpool have Mohamed Salah, Sadio Mane and Luis Diaz as their key players up front, Spurs have Harry Kane and Son Heung-min. It could all boil down to the defence of both teams, who will have to be on top of their game to keep those attacking players at bay.

Liverpool manager, Jurgen Klopp, has rotated his players in the last couple of matches across competitions to keep players fresh, and that has worked. Everyone has stepped up when needed. But still, one wonders about the freshness of the players, who just returned from Spain on Wednesday after their Champions League win over Villarreal.

On the contrary, Spurs have had much time to prepare for this single match. They last played on Sunday, and will also be brimming with confidence after their 3-1 over Leicester. However, their manager, Conte, who is a brilliant tactician, knows Liverpool are a different breed altogether and it would be interesting to see how his team takes to the field.

“Klopp has done an incredible job at Liverpool, he really has. The style and the way they play, they are the team at the moment. Conte has had a little bit more time to prepare, probably for a month he’s had seven days every game to prepare his team. Conte will come up with something, he will make it very difficult for Liverpool I feel and I can’t wait for the game. I think it’s going to be an absolute stunner,” said Hoddle.

Denial of responsibility! NewsUpdate is an automatic aggregator around the global media. All the content are available free on Internet. We have just arranged it in one platform for educational purpose only. In each content, the hyperlink to the primary source is specified. All trademarks belong to their rightful owners, all materials to their authors. If you are the owner of the content and do not want us to publish your materials on our website, please contact us by email – [email protected]. The content will be deleted within 24 hours.
Antoniobest sports newsConteDifficulteplEPL 2022exSpursGlenn

The One Failure That Changed Amazon Forever