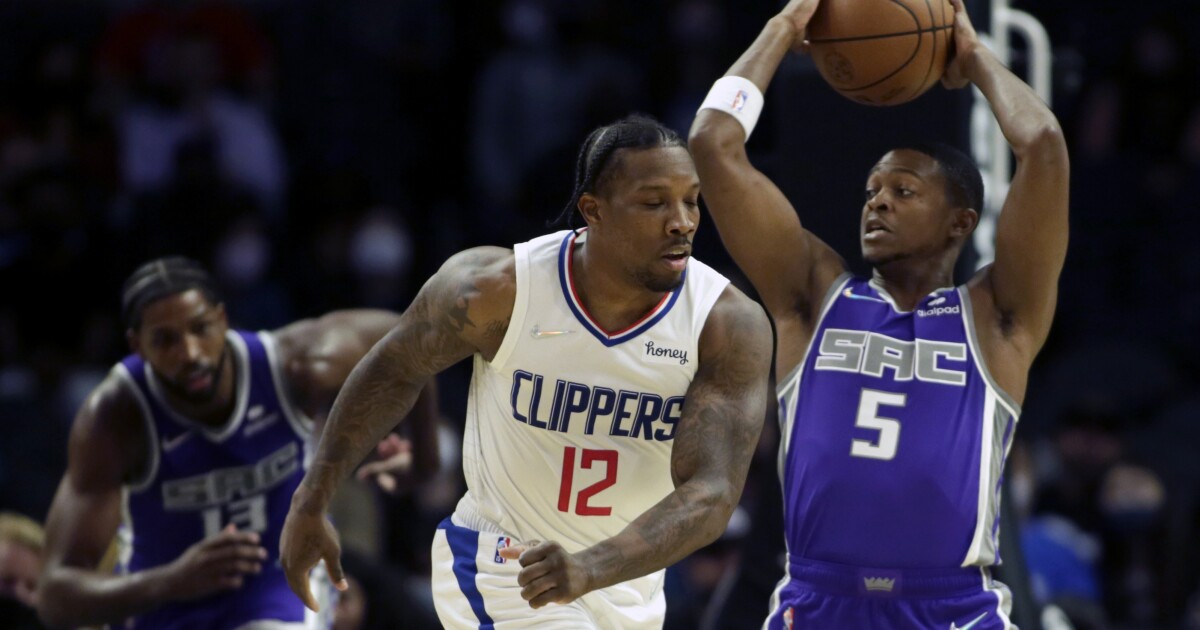 Eric Bledsoe points to fitting in with the Clippers

But Lue also learned that Bledsoe works hard at his craft and has a gifted ability to drive hard in the paint.

So, with Bledsoe returning to the team with which he spent his first four NBA seasons, Lue simply wants his quiet point guard to be himself and play his role to the fullest.

“He’s just a quiet guy by nature, but he plays hard, he competes every single night, and we just need him to be aggressive,” Lue said before the Clippers practiced Wednesday morning. “I’m gonna stay on him about being aggressive and attacking.”

Since his days with the Clippers, Bledsoe‘s career has taken him to Phoenix, Milwaukee and last season to New Orleans. He was traded by the Pelicans to the Grizzlies this summer, and they subsequently sent him to the Clippers about a week later.

Bledsoe is happy to be back, even if it means having to make a transition again.

“The biggest transition to me is just like going anywhere else, to a new team, trying to fit in, get in where you fit in,” Bledsoe said. “I think they are doing a great job of welcoming me with open arms and kind of letting me play my game a little bit.”

“It’s challenging cause coming to a new team you don’t want to try to do to much,” Bledsoe said. “But you still want to play your game at the same time. So, it’s challenging. Definitely got to see where you pick your spots and do what I do best. And on defense, try to help everybody out.”

Bledsoe joins a Clippers team that reached the Western Conference finals last season, a first time for the franchise.

He has played against many of the Clippers in the past, and was a teammate of forward Marcus Morris with the Phoenix Suns.

“It don’t feel like a brand-new team because obviously I’ve been in the league going on 12 years and I’m familiar with all the players just playing against them,” Bledsoe said. “So, there’s a lot of respect in that aspect. But as far as coming here and knowing the system, knowing the way T Lue want to play, a new coaching staff and everything , it’s kind of new in that aspect.”

He averaged 4.0 points, 5.6 rebounds and 3.8 assists in four exhibition games. He shot 31.3% from the field and missed both of his three-pointers.

It led to Bledsoe saying he “could have been better” during preseason play.

“Probably could have shot the ball a little bit better,” Bledsoe said. “But that comes with the game. I can’t think too much of it. But I thought I did a great job pushing the pace, getting players involved, playing my role.”

Denial of responsibility! NewsUpdate is an automatic aggregator around the global media. All the content are available free on Internet. We have just arranged it in one platform for educational purpose only. In each content, the hyperlink to the primary source is specified. All trademarks belong to their rightful owners, all materials to their authors. If you are the owner of the content and do not want us to publish your materials on our website, please contact us by email – [email protected]. The content will be deleted within 24 hours.
best sports newsBledsoeClippersEricfittingnews update sportsnewsupdatepoints