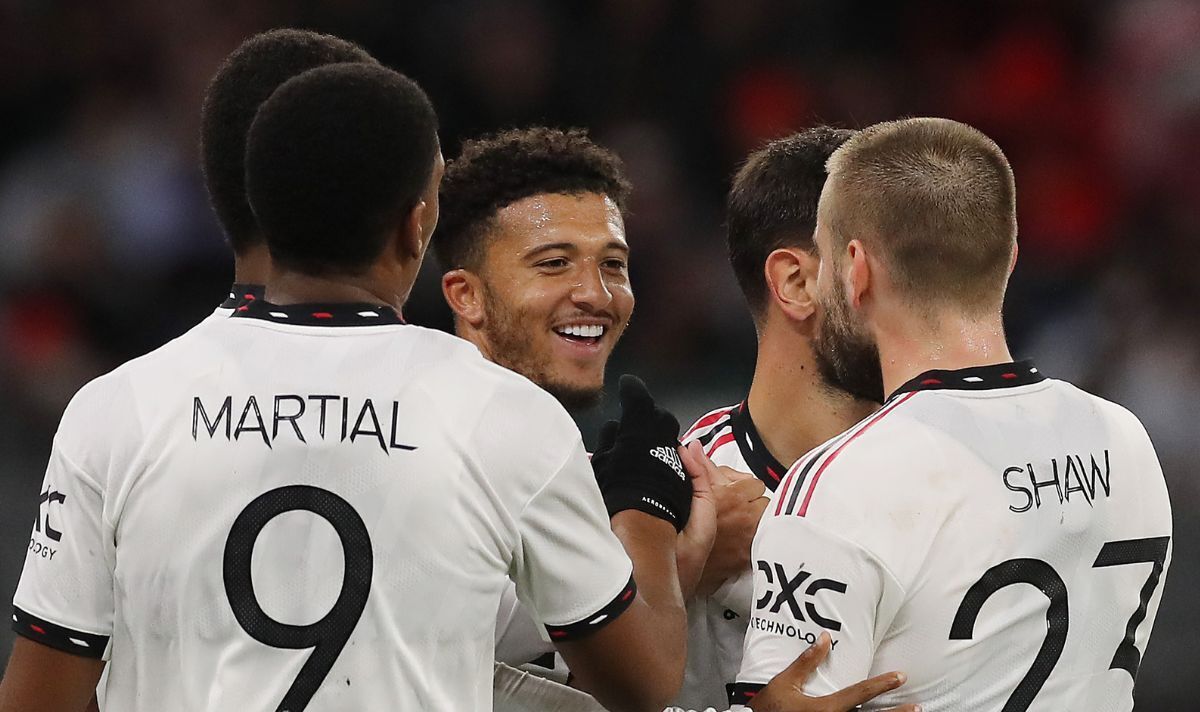 Jadon Sancho is a man reborn and the appointment of Erik ten Hag now represents the start of his Manchester United career. For the team, it was a disappointing afternoon as Aston Villa came back from 2-0 down at half-time to snatch a draw with the last kick of the game but there was one clear positive for United. This current version of Sancho – the dazzling, tricky dribbler – is the player the Red Devils initially thought they were signing. His return to form feels of greater value than any new recruit that could arrive at Old Trafford in the final weeks of the transfer window.

This is the Sancho that tore the Bundesliga to shreds, the player that left Germany a man after arriving as a boy in August 2017.

While it’s evident there is still plenty for Ten Hag to get his teeth stuck into at United, nobody can deny the huge strides this confidence-shy team has made under his coaching.

They are now a side with a clear structure and game plan and it’s starting to bring the best from their attacking players – not least Sancho.

The Optus Stadium turf was reminiscent of a Sunday League mud bath but Sancho was still able to strut his stuff and with devastating effect. That is a testament to the confidence pumping through his veins.

He is now terrorising full-backs again and looks far more effective in his proper position, playing on the right side of attack.

Ten Hag is now getting the best from Sancho within just a few matches and United have one hell of a player on their hands – in splendid form – heading into the 2022/23 campaign.

The England international is now consistently performing and putting numbers on the board in terms of registering regular goals and assists.

It’s something Rangnick failed to achieve last season after taking over from Ole Gunnar Solskjaer, despite an impressive spell last season between the end of February and early March. Disappointingly, his campaign would later finish with a whimper.

At times, Sancho looked short of ideas and the constant changing of his position under Rangnick sapped all confidence from the spellbinding attack.

He has always played with freedom throughout his career but United’s rigid system and lack of ideas last term meant Sancho was a shadow of his former self.

Now the same cannot be said. He looks like a key fulcrum in Ten Hag’s machine and his contribution will be integral to any push for a top-four finish and trophies next term.

His energy, creativity, flair and efficiency has been a breath of fresh air for United in pre-season and long may that continue ahead of November’s World Cup in Qatar.

Denial of responsibility! NewsUpdate is an automatic aggregator around the global media. All the content are available free on Internet. We have just arranged it in one platform for educational purpose only. In each content, the hyperlink to the primary source is specified. All trademarks belong to their rightful owners, all materials to their authors. If you are the owner of the content and do not want us to publish your materials on our website, please contact us by email – [email protected]. The content will be deleted within 24 hours.
achievedbest sports newscouldntErikHagMannews update sportsnewsupdate