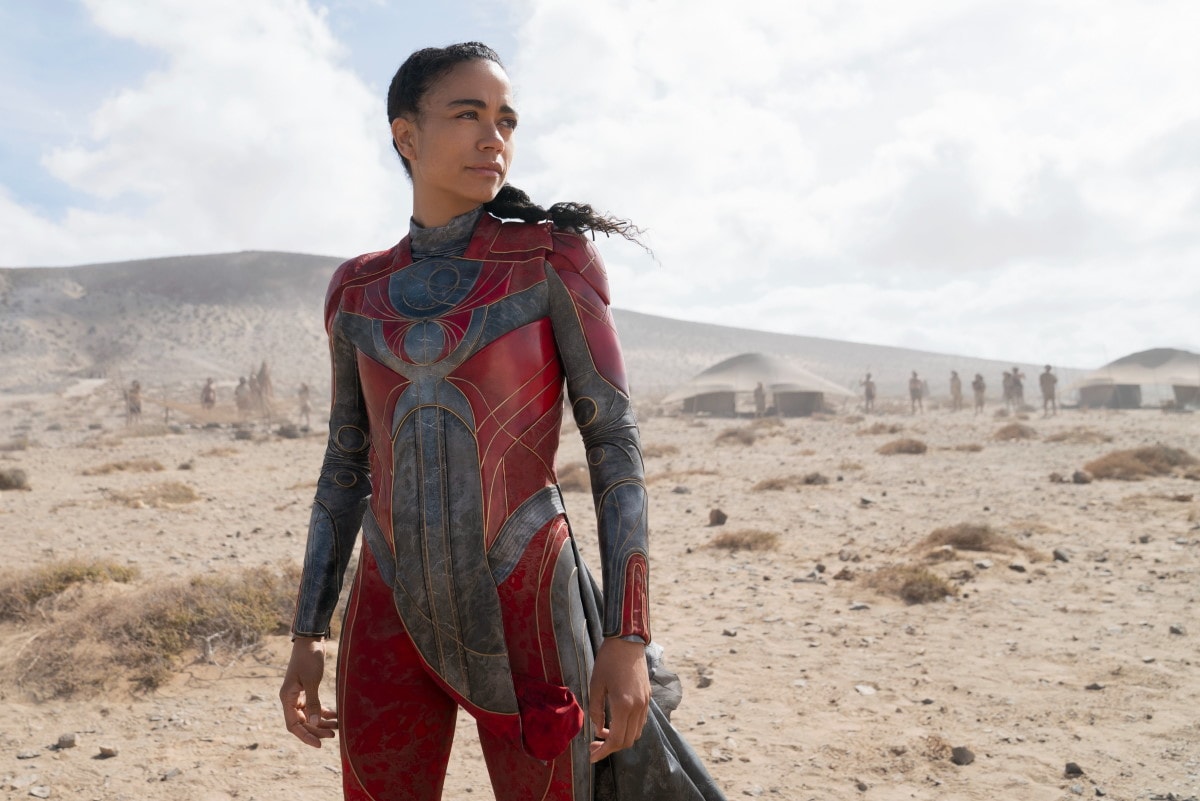 Eternals — the next Marvel movie from Oscar-winning filmmaker Chloé Zhao — will have two scenes during the film’s credits. Both of them are “equally important” and contain “big surprises,” Zhao has teased. That means Eternals will have both a mid-credits scene and a post-credits scene. This is nothing new for a Marvel Cinematic Universe chapter, but it’s still great to have prior confirmation from the writer-director herself. Now you know to stay in your seats right through the end of Eternals.

“Yes! Don’t just stay for the first one — also stay for the second one, too,” Zhao told Fandango when asked about Eternals post-credits scenes. “They are equally as important in weight, and both have big surprises for you.”

That’s all Zhao was willing to offer, which is completely understandable. As with all Marvel post-credits scenes, I would imagine that Eternals‘ post-credits scenes will set up a potential Eternals 2 — alongside future MCU entries by bringing in other MCU characters we know of.

One scene might tie into the mid-credits scene from Shang-Chi and the Legend of the Ten Rings, where Wong (Benedict Wong) found a beacon inside the Ten Rings, an ancient weapon that’s thousands of years old. Eternals have lived on Earth for over 7,000 years, so there might be a connect there.

Beyond that, it’s hard to say what the “big surprises” might be with Eternals post-credits scenes. We will just have to wait a few weeks to find out for ourselves.

Eternals follows the titular immortal beings who draw their superpowers from cosmic energy —that includes Gemma Chan as the empathetic Sersi, Richard Madden as Ikaris who can fly and shoot beams out of his eyes, Kumail Nanjiani as Kingo who can shoot projectiles out of his hands and is living as a famous Bollywood star, Lia McHugh as Sprite who can conjure illusions, and Brian Tyree Henry as weapons and tech inventor Phastos who’s the first gay MCU superhero.

We also have Lauren Ridloff as super-speed Makkari who’s the first deaf MCU superhero, Barry Keoghan as mind-manipulator Druig, Don Lee as Gilgamesh the strongest of the Eternals, Harish Patel as Kingo’s manager Karun, Kit Harington as Natural History Museum employee Dane Whitman, Salma Hayek as Eternals spiritual leader Ajak who can heal, and Angelina Jolie as elite warrior Thena who can create any kind of weapon from cosmic energy.

Denial of responsibility! NewsUpdate is an automatic aggregator around the global media. All the content are available free on Internet. We have just arranged it in one platform for educational purpose only. In each content, the hyperlink to the primary source is specified. All trademarks belong to their rightful owners, all materials to their authors. If you are the owner of the content and do not want us to publish your materials on our website, please contact us by email – [email protected]. The content will be deleted within 24 hours.
best technology newsChloechloe zhaoDirectordisneyEternalseternals mid credits sceneeternals post credits scene

IPL 2021: Who said what after Virat Kohli’s dreams of winning IPL title as captain were dashed | Cricket News – Times of India

Netherlands 6-0 Gibraltar: Depay at the double as Oranje cruise to big win

Qiyana, Kha’Zix, and Yuumi to receive extensive nerfs as…