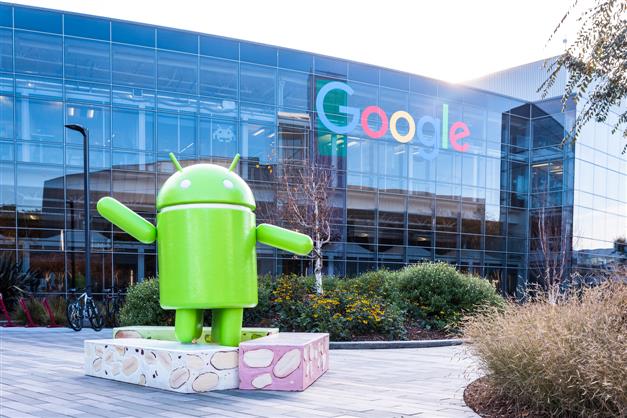 One of the European Union’s highest courts has largely upheld the bloc’s biggest-ever antitrust fine, issued to Google by the bloc’s competition enforcers in 2018 over its Android mobile operating system.

The European Court of Justice’s General Court on Wednesday mostly confirmed a decision by the EU’s executive Commission to slap Google with a fine of more than 4 billion euros (USD 3.99 billion) for stifling competition through the dominance of Android.

The court said that “in order better to reflect the gravity and duration of the infringement”, it’s appropriate to give Google a fine of 4.125 billion euros, according to a press summary of the decision.

That’s slightly lower than the original 4.34 billion euro penalty, and the court said its reasoning differed “in certain respects” from the commission’s.

The fine is one of three antitrust penalties totalling more than USD 8 billion that the European Commission hit Google with between 2017 and 2019.

In its original decision, the commission said Google’s practices restrict competition and reduce choices for consumers.

It determined that Google broke EU rules by requiring smartphone makers to take a bundle of Google apps if they wanted any at all and prevented them from selling devices with altered versions of Android.

The bundle contained 11 apps, including YouTube, Maps and Gmail, but regulators focused on the three that had the biggest market share: Google Search, Chrome and the company’s Play Store for apps.

Denial of responsibility! NewsUpdate is an automatic aggregator around the global media. All the content are available free on Internet. We have just arranged it in one platform for educational purpose only. In each content, the hyperlink to the primary source is specified. All trademarks belong to their rightful owners, all materials to their authors. If you are the owner of the content and do not want us to publish your materials on our website, please contact us by email – [email protected]. The content will be deleted within 24 hours.
AndroidAntitrustbest technology newsBillionCourtFineGooglelargely

Genshin Impact Leaks: Dori Could Be a Free Character in Version 3.2