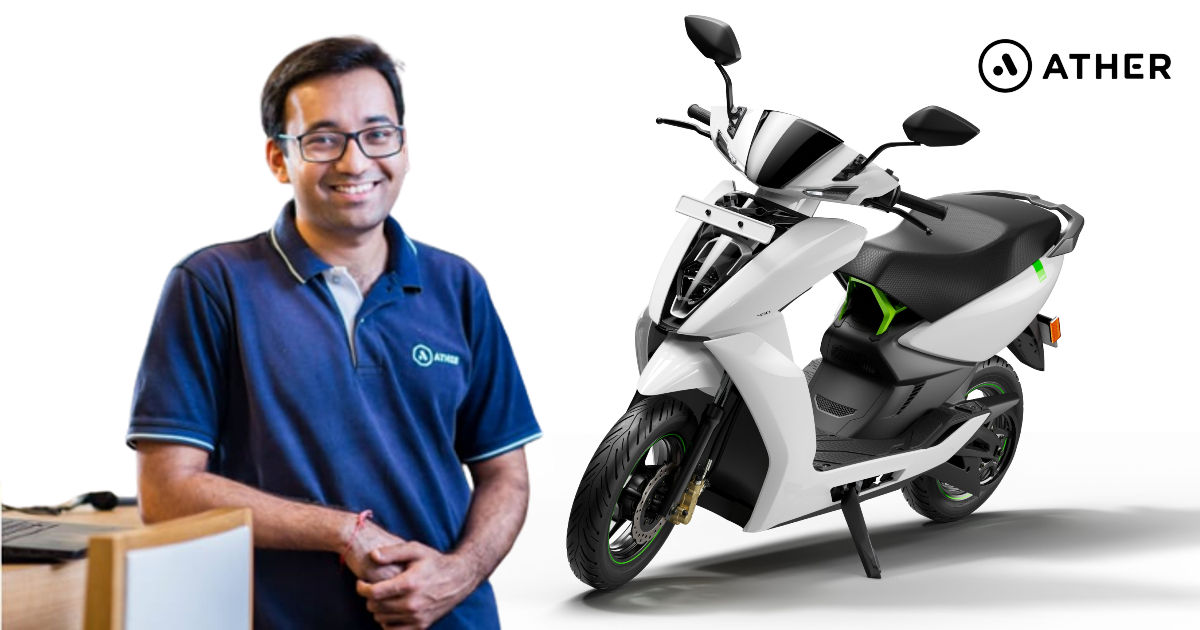 Ather Energy, which happens to be one of the earlier EV startups in the country, has established a strong rapport amongst its users and commands respect in the EV space in India. This is despite new players, Ola Electric, Okinawa Autotech, and PureEV, coming into play.

Ather CEO Tarun Mehta has held his head high over the years owing to its product prowess and the respect that the current Ather portfolio commands. The CEO has now spoken out on the topic of EVs catching fire in recent times in India. Tarun Mehta broke his silence in a rather positive manner as the top boss said that this has indirectly led to manufacturers shifting more focus to quality.

Ather’s CEO says that in the light of the recent events, EV manufacturers have been compelled to produce better quality products and also direct substantial efforts onto achieving higher quality goals in the coming future. This according to him has helped the industry mature to an extent. Such incidents have also urged manufacturers to build more reliable products for their customers.

Mehta in his conversation with PTI said, “EVs are going mainstream irrespective, but with better quality products, this will become a no-brainer.” Quality, as Mehta says, should be the number one parameter, around which an EV maker should build its product.

CEO Tarun Mehta also proudly said that no fully functioning Ather vehicle has met a fiery fate so far and in the case of a recent Ather EV fire, the vehicle turned out to be damaged after an accident. The top executive at the Bangalore-based EV startup also said that Ather has always focussed on quality and reliability.

The CEO expects 20 to 30 million electric two-wheelers to have been sold in India by the end of this decade. Ather themselves have planned out a future scaling possibility and have prepared themselves as is clear when Tarun Mehta says, “We will be investing a lot more money in capacity growth over the next few years. The first two plants are just a starting point.” The CEO however resisted commenting on any other future investments that are on the table.

Ather has recently bagged another funding worth Rs 989 crore and the company is doing well to boost the company’s production capabilities. Ather also recently launched the Ather 450X Gen 3 and we have already pitched it against the current Gen 2 model, which can be found here.

Denial of responsibility! NewsUpdate is an automatic aggregator around the global media. All the content are available free on Internet. We have just arranged it in one platform for educational purpose only. In each content, the hyperlink to the primary source is specified. All trademarks belong to their rightful owners, all materials to their authors. If you are the owner of the content and do not want us to publish your materials on our website, please contact us by email – [email protected]. The content will be deleted within 24 hours.
Atherather energyautobest technology newsCEOenergyFireHelping