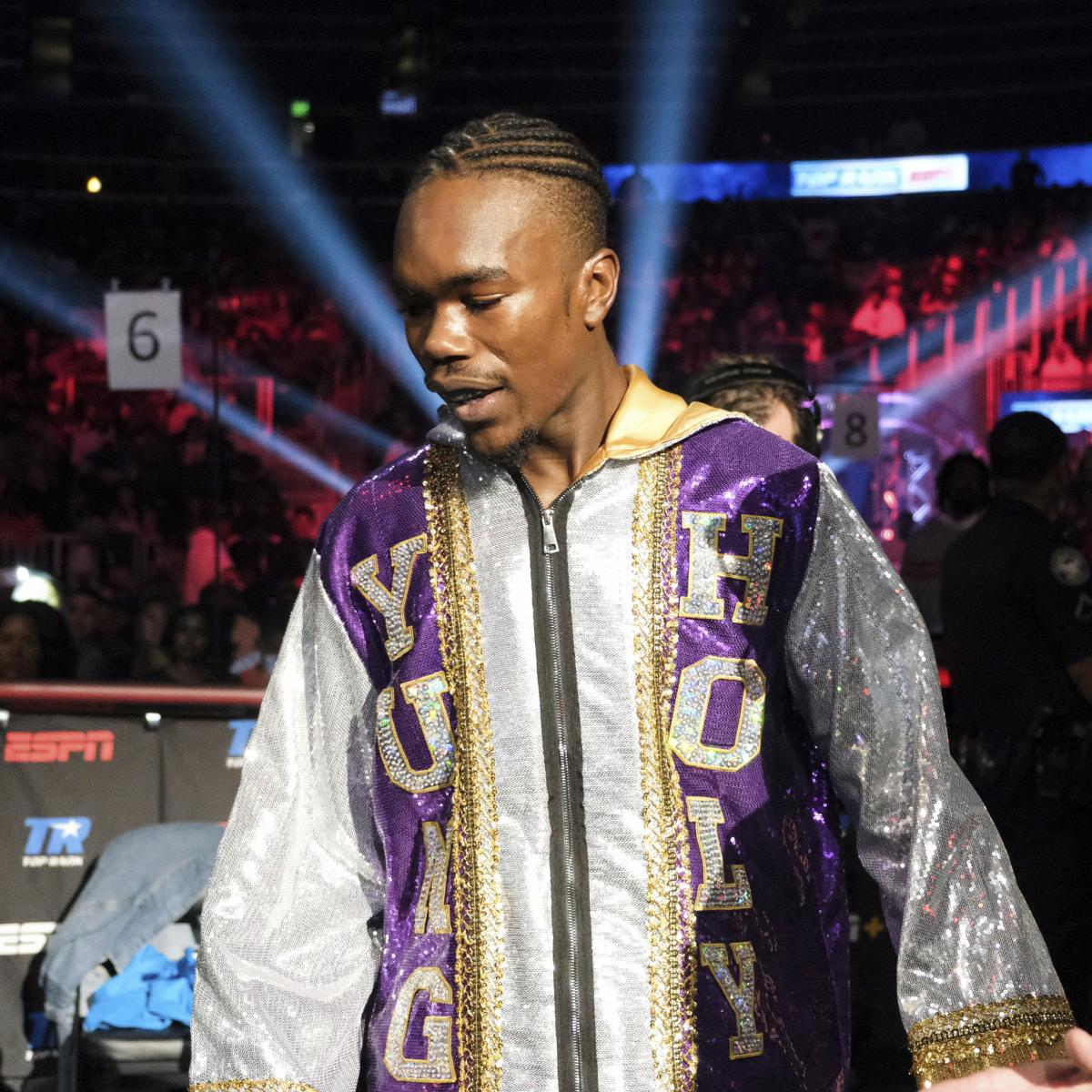 Evan Holyfield (9-1, 6 KOs) suffered the first loss of his pro career in stunning fashion on Saturday night, as journeyman fighter Jurmain McDonald (7-5, 3 KOs) knocked out the young prospect in the second round of their super-welterweight bout on the TrillerVerz 5 undercard at the Kia Forum in Inglewood, California.

The winning punch came after Holyfield’s weak jab opened up an opportunity for McDonald to throw a textbook counter with his right.

Holyfield, son of former world heavyweight champion Evander, was expected to breeze through this bout, as most young prospects do early in their career. The 24-year-old was undefeated coming into the match with six knockouts. McDonald, a 32-year-old from Jefferson City, Missouri, had a record just above .500 with only two stoppages in 11 professional fights.

Evan Holyfield was knocked out in the second round. Tough break for him.

It’s a disappointing setback for Holyfield, who has to contend not only with a difficult, dangerous sport but making a name for himself in the shadow of his famous father. As a heavy favorite, there was little indication that Holyfield would have trouble against McDonald. However, he had mentioned that his fourth fight in 2020 showed him just how unforgiving this sport can be.

“These fights get harder and harder,” Holyfield said, per SportingNews.com’s Andreas Hale. “When I fought Dylan Carlson, it was the hardest I was ever hit in a fight to that point. I won but went back to the locker room and shook my dad’s hand one good time and said, ‘You know what? You did what you had to do in your boxing career, and I respect you. I didn’t fight Mike Tyson, but the way he was hitting me had me thinking about Mike Tyson.'”

Following the loss, Holyfield took to Twitter to assure everyone that he’s healthy and still hopes to become a world champion someday.

Blessed to be in good health, and that was good shot no cap! Hope I didn’t disappoint too many folk, but I promise I’ll make up for it. Definitely still have my sights on being world champion!

Holyfield has indeed shown flashes of his own, including a highlight-reel knockout of Charles Stanford on an ESPN card in October. He’ll have to pay extra attention to other sides of his game. The mistake he made is correctable, but his ability to withstand punishment will be immediately called into question.

Future opponents will be more than willing to test him early and see if they can’t score a stoppage win against a fighter with a famous last name.

Denial of responsibility! NewsUpdate is an automatic aggregator around the global media. All the content are available free on Internet. We have just arranged it in one platform for educational purpose only. In each content, the hyperlink to the primary source is specified. All trademarks belong to their rightful owners, all materials to their authors. If you are the owner of the content and do not want us to publish your materials on our website, please contact us by email – [email protected]. The content will be deleted within 24 hours.
best sports newscardEvanHolyfieldJurmainKnockoutlosesMcDonald

Nvidia Only a Bit Off Its Game

Collect And Fight Alongside Dinosaurs In Jurassic World:…

French Open: For Aman Dahiya, a lucky break and a chance to…