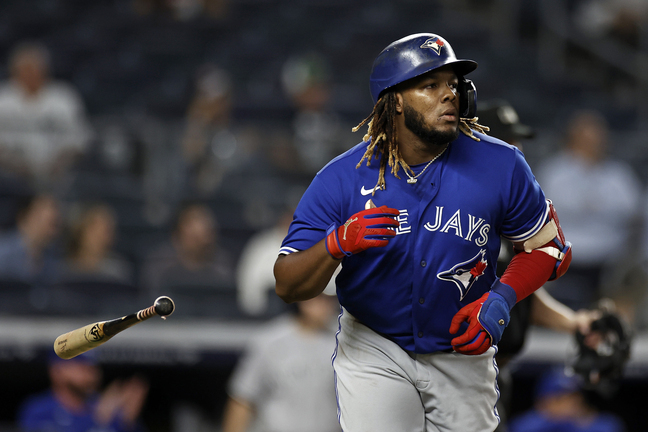 Every MLB Team’s MVP Trio for the 2021 Season

Jeez, we can only pick one Astros hitter? Fine, Tucker it is. His .898 OPS leads the team’s regulars, and it comes with double-digit home runs (25) and stolen bases (13). Correa is also having a fine offensive season, yet his defense grabs attention by way of 14 DRS and nine OAA.

Like the Rays, the Astros have had a Borg-like thing going on with their pitching staff. This is nonetheless the best forum to give McCullers the credit that has eluded him as he’s pitched to a 3.12 ERA over 144.1 innings. That new slider is working wonders for him.

Alas, Ohtani lost the major league home run lead to Guerrero on Monday. But 44 home runs is nothing to be ashamed of, least of all when said dingers also come with 23 steals, a .972 OPS and, oh yeah, a 3.36 ERA and 136 strikeouts over 115.1 innings as a pitcher. Coming from one player, that’s a decent year.

Angels players not named Ohtani haven’t been very interesting in 2021, yet Fletcher continues to be one of the game’s most overlooked gems. Particularly on defense, where he’s racked up eight DRS and five OAA at second base and also filled in at shortstop.

With a .916 OPS and 34 home runs, Olson has carried an A’s lineup that has otherwise struggled to get consistent production from its regulars. And even weeks after his scary head injury, Bassitt’s 3.22 ERA and 151 innings mark the gold standard for the green and, well, gold’s hurlers.

Could we give Oakland’s defensive MVP to catcher Sean Murphy based on his 11 DRS? We could indeed…but come on, Chapman is still a joy to watch in the field, and his metrics are about as eye-popping as ever. To wit, his 16 OAA are three times more than any other A’s defender.

In fairness to Mitch Haniger, his .802 OPS and 33 homers give him a compelling argument as Seattle’s offensive MVP. France, though, has a 38-point advantage in on-base percentage and is decimal points behind Haniger with both his .798 OPS and 1.7 WPA.

Pitching-wise, Flexen has done the most to carry Seattle’s flimsy rotation with a 3.73 ERA over 156.2 innings. And with respect to reigning Gold Glover J.P. Crawford and his eight DRS, Moore has been a plus defender in both left field and second base. Especially at the latter, where he’s been worth 10 OAA.

By WAR, the Rangers’ two best pitchers are Kyle Gibson and Ian Kennedy, neither of whom is still around. So Dunning, who’s racked up a 4.27 ERA mostly as a two-times-through-the-lineup starter, gets the team’s pitching MVP by default.

Garcia, on the other hand, needs no such disclaimers. In spite of his .293 OBP, he’s stood out offensively by blasting 29 home runs. He’s also underrated defensively, where he notably has 11 OAA. That home run-robbing grab he made last month is just (chef’s kiss) exquisite.

Denial of responsibility! NewsUpdate is an automatic aggregator around the global media. All the content are available free on Internet. We have just arranged it in one platform for educational purpose only. In each content, the hyperlink to the primary source is specified. All trademarks belong to their rightful owners, all materials to their authors. If you are the owner of the content and do not want us to publish your materials on our website, please contact us by email – [email protected]. The content will be deleted within 24 hours.
Loading...
Loading...
best sports newsMLBMVPnews update sportsnewsupdateSeasonsports newssports update

What Does a 120-Hz Refresh Rate Mean, Anyway?