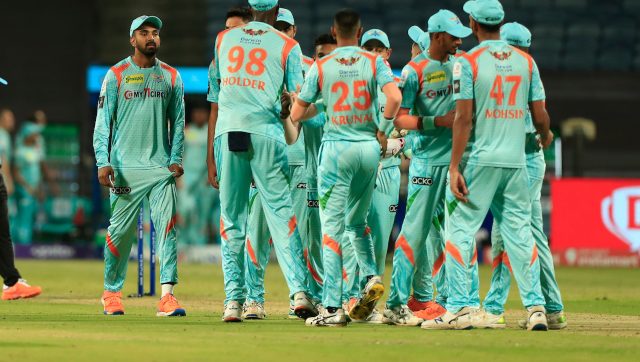 The ongoing edition of the Indian Premier League is approaching the most interesting phase of the league stage.  Just 17 days of action remains in the league stage before the excitement towards the IPL 2022 playoffs build up. Things might not have gone to plan for the usual suspects in Mumbai Indians (MI) and Chennai Super Kings (CSK), the two of the most successful teams in the IPL, but there is everything to play for elsewhere, especially in the mid-table where there’s an expectation of a tussle between several teams. With things heating up and the race for the top-four ever intensifying, let’s take a look at the possible playoff scenarios:

The two of the newest entrants into the IPL, Gujarat Titans (GT) and Lucknow Super Giants (LSG) have impressed one and all with some consistent all-round displays, and currently take the first and second spots in the league table currently.

GT with 16 points have lost only two games thus far altogether, while LSG with 14 points have three losses to their name. GT started their campaign with three consecutive wins before losing to SRH. They recovered well from that defeat, winning a further five on the trot to keep themselves in good stead for a potential place in the playoffs.

And just when things were looking good for Hardik Pandya and Co, they were dealt with another setback, an eight-wicket loss to Punjab Kings. For GT, though, their pathway to the playoffs might as well be straightforward since they just need a minimum of one win that would take them to 18 points. The Titans have four games left in the league stage, against MI, LSG, CSK and RCB, and even a single win against one of these opponents would confirm them a spot in the playoffs.

Two wins out of their next four would make it even better for Gujarat, taking their points tally to 20 while potentially even confirming a top-two spot, which would mean they avoid the eliminator.

Like GT, LSG have played 10 games but have a win less than Gujarat. Lucknow have 14 points from 10 games and would need to win two of their next four games in order to progress to the playoffs.

In an eight-team IPL, 16 points would be enough to progress to the playoffs but with the addition of two new teams this season, the Net Run Rate would come into play to make it even more interesting.

Having said that, nothing is safe for the top two with Rajasthan Royals in third (12 points) and Royal Challengers Bangalore (12) also in the fray. RCB on Wednesday ended their three-match winless streak by beating CSK, and three victories in as many games to round off the league stage would mean RCB end up at 18 points, the same number of points GT would end up with even if they win only one of their remaining four.

This makes it even more paramount for GT to win at least three, if not all of their four games to have a safe route of finishing in the top-two.

What gives RR a slight edge over RCB though is their positive net run rate of +0.340, and yet, given the intense competition for the top four, RR would need to win at least three of their last four league games.

KKR ended their five-match winless streak with a seven-wicket victory over RR on 2 May. They have four games to go and even if they win all four, that would only take them to 16 points, which would mean the NRR come into play. Delhi Capitals’ players celebrate the fall of a wicket during Match 45 of the IPL 2022 between the Delhi Capitals and Lucknow Super Giants at the Wankhede Stadium in Mumbai on 1 May, 2022. Sportzpics for IPL

Delhi Capitals are already in the must-win situation, needing a victory over SRH in order to have any chance of qualification to the next stage.

DC are currently in seventh place, with eight points, and five wins in their remaining five would mean they end up on 18 points, while four wins in five will take them to 16, meaning the NRR comes into play once again.

With KKR languishing at eighth place, DC will do their level best to avoid a slip up and stay alive in the tournament.

Among SRH, PBKS, DC and KKR, the Sunrisers might as well have a slight edge over the other three.

Kane Williamson and Co have played nine games, one lesser than Punjab and Kolkata and already have 10 points. Five wins in as many games will take them to 20, but these include tricky fixtures against RCB and PBKS. In fact, SRH don’t face either GT or even LSG any of their remaining games, so that might be a psychological boost for the Hyderabad side.

While it’s easier said than done, all the four teams would hope it doesn’t come upto the do-or-die situation where teams might have to rely on other results, or even the NRR. Nevertheless, the race for the playoff spot looks intense and don’t be surprised if this goes down to the last day of the league stage.

Who would have thought that Chennai Super Kings (CSK) and Mumbai Indians (MI), two of the most successful teams in the IPL, would be languishing at the bottom of the table. 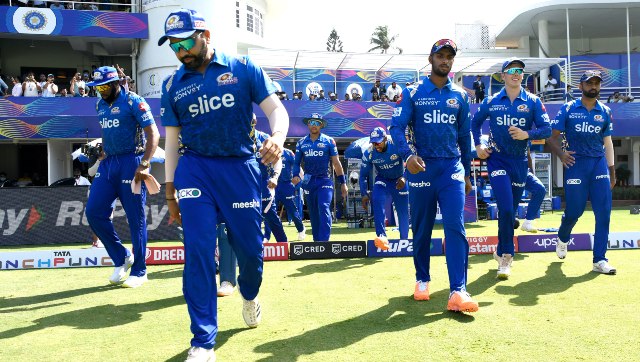 CSK have managed just three wins in 10 games (6 points), while MI  (2 points) ended their eight-match losing streak with a victory over RR.

Both teams face the likes of Gujarat Titans and Delhi Capitals at some point in the remainder of the league stage, and while GT will be expected to reach the playoffs with just one more victory, expect both CSK and MI to spring a few surprises against an inconsistent DC, who have won just four out of the nine games they have played.

DC, in fact, have a tough road ahead. Apart from CSK and MI, they face SRH, RR and PBKS so they would be looking to make every match count.

All in all, both CSK and MI have nothing to lose, yet they can dent other teams’ hopes and with both being reputed sides, both can be dangerous on their day.

Denial of responsibility! NewsUpdate is an automatic aggregator around the global media. All the content are available free on Internet. We have just arranged it in one platform for educational purpose only. In each content, the hyperlink to the primary source is specified. All trademarks belong to their rightful owners, all materials to their authors. If you are the owner of the content and do not want us to publish your materials on our website, please contact us by email – [email protected]. The content will be deleted within 24 hours.
best sports newsexplainedFirstcricketFirstpostIPLmidtableNewsnews update sports

Avowed Seemingly Confirmed to Be Running on Unreal Engine 5

5 Fights We Need to See After UFC on ESPN 36

Own an old Apple iPod? You might be surprised by what…

Best Apple Watch faces and how to change them

Ezugi partners with OlyBet in the Baltic and EU regions

Eintracht Frankfurt and Rangers to meet in Europa League…