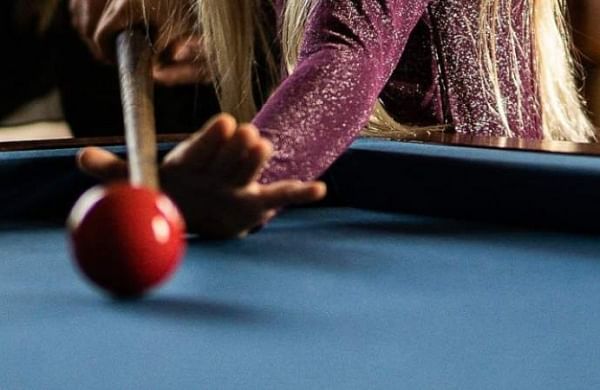 CHENNAI: The District Registrar of Societies, fourth zone, Bengaluru has stayed an Extraordinary General Meeting called by the Billiards and Snooker Federation of India (BSFI) on Wednesday and asked the petitioner and respondents to appear before it on July 13.

The order was issued on June 16 after Arvind Savur, coach of renowned cueist Pankaj Advani, alleged in his petition that despite cases pending before the High Court of Karnataka and the registrar, the federation is illegally convening the EGM purportedly to shift its headquarters from Bangalore to Indore, Madhya Pradesh.

Acting on the complaint, the District Registrar of Societies stated that in view of the activities of the BSFI, it is not proper and lawful to convene an EGM by illegally elected respondents (BSFI president and secretary-general) and decided to stay the meeting.

“In view of the narration made in the preamble, U/s 25 of the Karnataka State Registration Act 1960 and Rule 8, the notice dated June 1 calling for the Extraordinary General Meeting by the respondents on June 23 at 4 pm virtual on Zoom to transact the agenda is stayed herewith pending enquiry with immediate effect and until further orders,” read the order, which is in possession of The New Indian Express.

The order also said both the parties have to appear before the registrar on July 13 at 11 am with their written replies and supportive documents without fail.

A BSFI official when contacted confirmed the development and said, “As far as I know, the BSFI is trying to get an injunction from the court to go ahead with the meeting.”

Incidentally, the registrar on December 5, 2020, had quashed the calendar of the events published on December 2 by the federation scheduling the AGM for electing its office-bearers on December 12. The action then was also taken after hearing a petition filed by Savur, also a member of the BSFI and president of the Karnataka State Billiards Association.

“From the above, it appears that the respondents have fraudulently conducted elections subsequent to interim order dated December 30 and obtained approval of ministry of youth affairs and sports, department of sports, Government of India on February 3, which is also said to be questioned before the High Court,” observed the registrar in his order.

Sunil Bajaj, BSFI secretary-general, despite repeated attempts, could not be reached.

Denial of responsibility! NewsUpdate is an automatic aggregator around the global media. All the content are available free on Internet. We have just arranged it in one platform for educational purpose only. In each content, the hyperlink to the primary source is specified. All trademarks belong to their rightful owners, all materials to their authors. If you are the owner of the content and do not want us to publish your materials on our website, please contact us by email – [email protected]. The content will be deleted within 24 hours.
Loading...
Arvind Savurbest sports newsBFSIBilliardsBilliards and Snooker Federation of IndiaextraordinaryFederationGeneral

Where to find name tags in Minecraft?