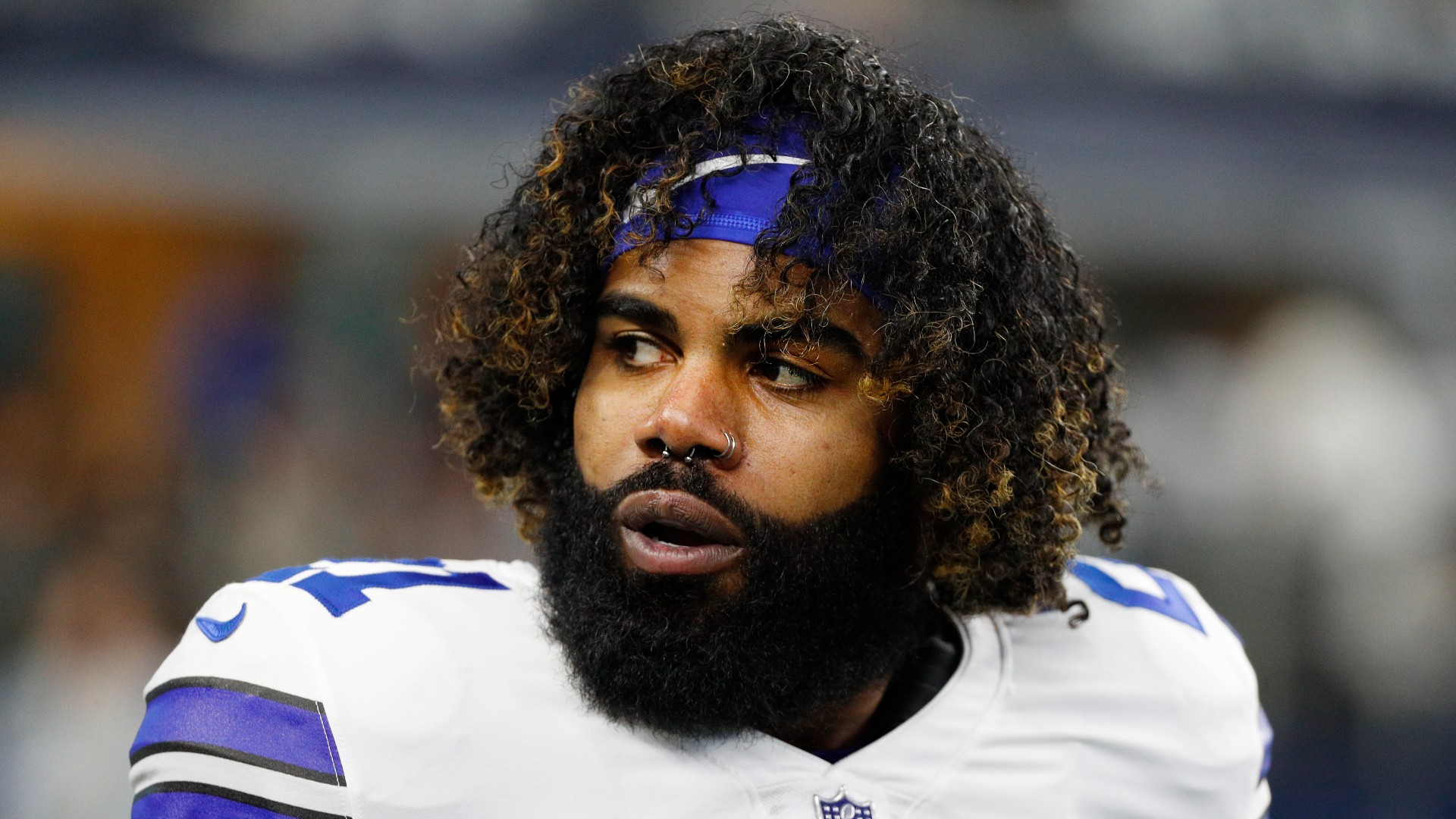 Ezekiel Elliott had the same reaction as everyone else watching the end of the Cowboys-49ers game: confusion and disbelief.

On the final play of Sunday’s NFC wild-card matchup, Dallas quarterback Dak Prescott ran the ball up the middle and took it inside San Francisco’s 30-yard line. The Cowboys had no timeouts remaining, so the offensive unit sprinted to the line of scrimmage in order to spike the ball and stop the clock.

Just one problem there: The umpire is required to spot the ball before the play can start. When the umpire ran toward the ball, he made contact with Prescott and Cowboys center Tyler Biadasz, causing a short but important delay before the snap. Prescott failed to spike the ball before the clock hit zero, and the 49ers secured a dramatic 23-17 victory.

“What happened?” the Cowboys running back said from Dallas’ sideline. “The referee got in the way?”

After the game, 49ers tight end George Kittle could be heard telling Cowboys defensive end Chauncey Golston, “I didn’t know what was happening.”

While plenty of Cowboys fans wanted to blame the officiating crew for the loss — some of those in attendance at AT&T Stadium threw trash at the officials as they left the field — referee Alex Kemp defended the umpire’s technique.

“The umpire was simply spotting the ball properly,” Kemp told pool reporter Todd Archer. “He collided with the players as he was setting the ball because he was moving it to the proper spot.”

During his season-ending press conference on Wednesday, Dallas coach Mike McCarthy declined to revisit how the ball was spotted on the final play, but he admitted the Cowboys could have handled the situation differently.

“The part that we gotta talk about as a staff — and we had a chance to visit with Dak about it, speaking with Dak and officiating last night — is the mechanics,” McCarthy said. “Our mechanics matching [the officials’] mechanics. I’m not gonna get into their mechanics.

“As far as the draw play, the execution, the only thing that we talked about, Dak and I, was put a yard limit on it. Cut it to 10 yards. That’s probably gonna be the change, the adjustment that we make.”

Denial of responsibility! NewsUpdate is an automatic aggregator around the global media. All the content are available free on Internet. We have just arranged it in one platform for educational purpose only. In each content, the hyperlink to the primary source is specified. All trademarks belong to their rightful owners, all materials to their authors. If you are the owner of the content and do not want us to publish your materials on our website, please contact us by email – [email protected]. The content will be deleted within 24 hours.
best sports newsCowboys49ersElliottsEzekielFilmsfinalGamenews update sports

Galaxy S23 And S24 Might Ditch Samsung Exynos For A Good…