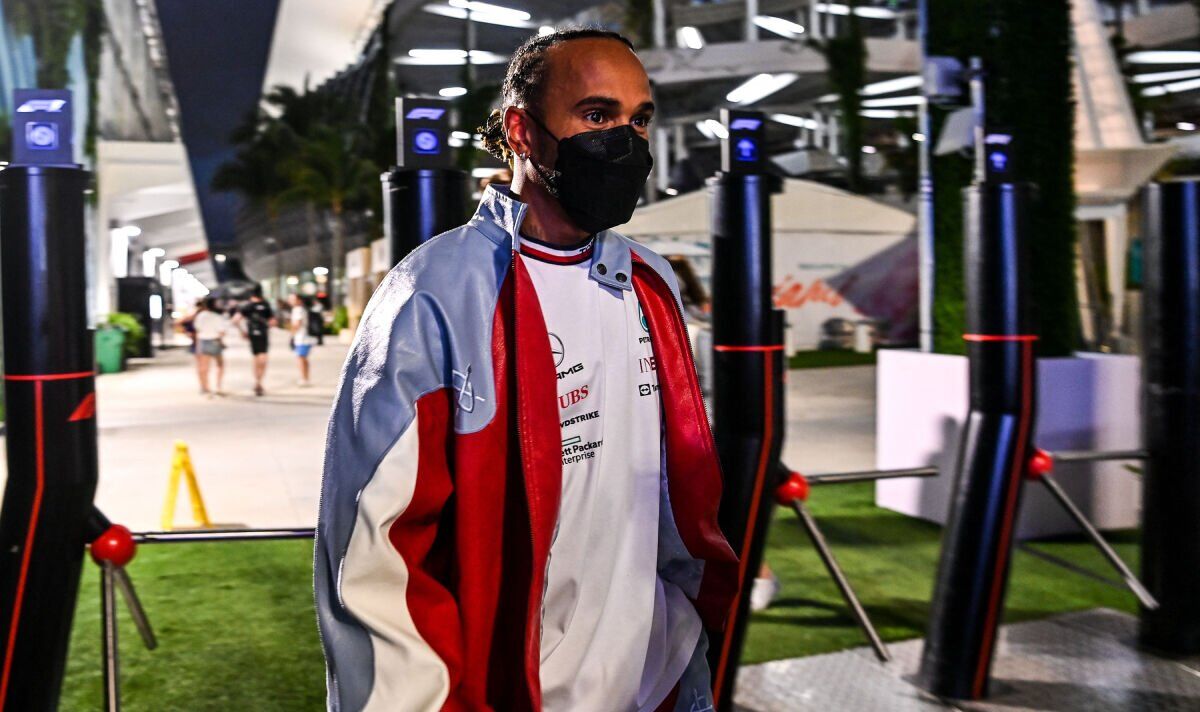 Lewis Hamilton’s row with the FIA dominated talk ahead of the Miami GP as the Mercedes star refused to comply with their jewellery ban. Several F1 drivers have given their take on the situation with the FIA being asked to hold talks with them about the matter.

The Brit has been locked in a bitter standoff with the FIA across this weekend as they clamped down on rules regarding jewellery. The seven-time world champion was even prepared to sit the Miami race weekend out completely before he was offered a short-term exemption by the FIA.

Aston Martin driver Sebastien Vettel has also hit out against the FIA’s new safety plans. The four-time world champion wore his boxers over his overalls in the paddock this weekend in protest against the FIA’s attempts to force drivers to wear ones made out of anti-flammable material. The German believes Hamilton is being ‘targeted’ by the FIA.

Alpha Tauri driver Pierre Gasly has also been particularly vocal on the matter. The French driver admitted he could understand Hamilton’s frustration and called on the FIA to hold a meeting with drivers. He said: “We have the responsibility to go out there, put our life at risk and I do feel it should be a personal choice, but I respect the FIA and their will to always improve the safety.

Ex-driver Romain Grosjean also made an impassioned plea to the authorities. He believes his wedding ring helped protect him during his fiery crash in the 2020 Bahrain Grand Prix.

“Where my ring was I was protected,” the Frenchman told Sky Sports. “I was protected by my wife. Saved by my kids. I understand some of it but I wouldn’t like to race without my wedding ring that is big for me.”

Hamilton’s exemption from the jewellery ban will last for the next two races in Miami and Spain. The saga is however likely to rear its head again in Monaco where Hamilton has promised he will continue to wear his jewellery.

The Mercedes star insisted he would not comply with the FIA’s rule after qualifying on Saturday, saying: “No, [I am not going to do it]. I got an exemption here and I will get exemptions for the rest of the year. Wedding rings are allowed. I will wear four watches next time.”

F1’s most successful driver could however face severe penalties if an agreement is not reached. According to Auto Motor and Sport, a first offence will incur a £42,700 fine – in addition to a £21,350 suspended penalty. Repeat offenders risk being fined £85,400, plus the £21,350 from the probationary period. A third violation is apparently worth around £213,500 and the deduction of 10 championship points per offence. Teams who do not tell the ‘truth’ about their drivers’ jewellery risk being fined £213,500. Despite the risk of penalties, Hamilton is remaining steadfast in his stance, with no signs of a resolution coming anytime soon.

Denial of responsibility! NewsUpdate is an automatic aggregator around the global media. All the content are available free on Internet. We have just arranged it in one platform for educational purpose only. In each content, the hyperlink to the primary source is specified. All trademarks belong to their rightful owners, all materials to their authors. If you are the owner of the content and do not want us to publish your materials on our website, please contact us by email – [email protected]. The content will be deleted within 24 hours.
best sports newscrunchdriversFIAHamiltonHoldLewismeeting