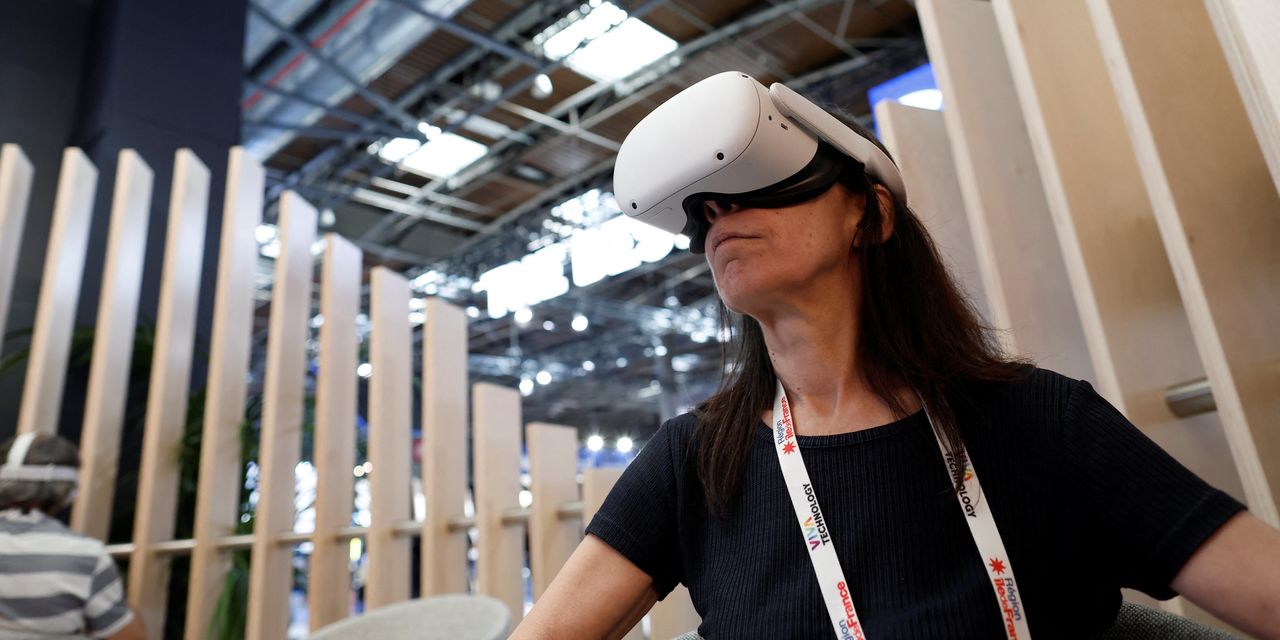 is expected to post its biggest drop in daily users and its first decline in revenue as the company struggles to adjust to macroeconomic forces and growing competition from rival TikTok.

The company is expected to report quarterly revenue of $28.9 billion, according to analysts surveyed by FactSet. That figure would be down 0.6% from a year prior and would represent the first time that the company has posted a quarterly drop in revenue from the year earlier.

Meta also may disclose that Facebook’s daily active user base has fallen to 1.957 billion users, down from 1.96 billion three months ago, according to analysts. That would be Facebook’s largest drop in daily users on record and only the second time the figure has retreated.

The company is expected to post a $7.03 billion profit for the second quarter, according to FactSet. This would represent the third quarter in a row the company’s net income has declined, something Meta hasn’t experienced since the fourth quarter of 2012.

Meta is grappling with a digital advertising market in upheaval from soaring inflation and other factors that are causing a slowdown in ad spending. Google parent

on Tuesday reported the slowest rate of growth since the second quarter of 2020, when the pandemic crimped demand for advertising in some areas. Rival Snap Inc. reported its weakest-ever quarterly sales growth last week while

reported a decline in revenue.

Meta’s shares have retreated since the company posted quarterly results in February that showed a sharper-than-expected decline in profit, gloomy revenue outlook and dip in daily users. Before Wednesday, the company’s shares had fallen nearly 51%, and it had lost $448 billion dollars in market value since Feb. 2.

said the company would change how users would see content, in a bid to boost engagement. The company would use artificial intelligence to recommend content to Facebook and Instagram users from around those social networks, rather than solely showing users content from accounts they already follow. This effort mimics one of the signature features of rival TikTok, which Mr. Zuckerberg in February said posed stiff competition for Meta.

The company also has said that it planned to show Instagram users more videos and full-screen content. That flurry of changes spurred a backlash from numerous Instagram users this week, most notably from key influencers Kim Kardashian and Kylie Jenner, who posted an image that reads “Make Instagram Instagram Again” and “stop trying to be tiktok.” The image had nearly 1.9 million likes on Tuesday.

addressed the changes on Tuesday, saying that many of the features were still evolving.

“I need to be honest—I do believe that more and more of Instagram is going to become video over time,” Mr. Mosseri said in a video posted on Twitter.

Earlier this year, Meta said it planned to slow the pace of some of its long-term investments and adjust hiring plans. In May, the company disclosed a sharp slowdown in hiring, and in June, the company’s head of engineering told his managers in an internal memo to identify and report low performers so they could force those employees out.

The company on Tuesday also said it planned to raise the price of its Quest 2 virtual-reality headset by nearly 34% to $399.99, saying the costs to make and ship the products have been on the rise.

The company’s Reality Labs division, which includes VR hardware, is expected to post revenue of $431 million for the quarter, according to FactSet.

Denial of responsibility! NewsUpdate is an automatic aggregator around the global media. All the content are available free on Internet. We have just arranged it in one platform for educational purpose only. In each content, the hyperlink to the primary source is specified. All trademarks belong to their rightful owners, all materials to their authors. If you are the owner of the content and do not want us to publish your materials on our website, please contact us by email – [email protected]. The content will be deleted within 24 hours.
advertisingAdvertising/Marketing/Public Relationsbest technology newsBusinessBusiness/Consumer ServicesC&E Industry News Filterconsumer servicesContent Types

Wordle 423 HINTS for August 16: Struggling with…

Come for the Broadcast, Stay for the Mets Game

W.N.B.A. Playoffs Preview: What to Know as the Sky Look to…