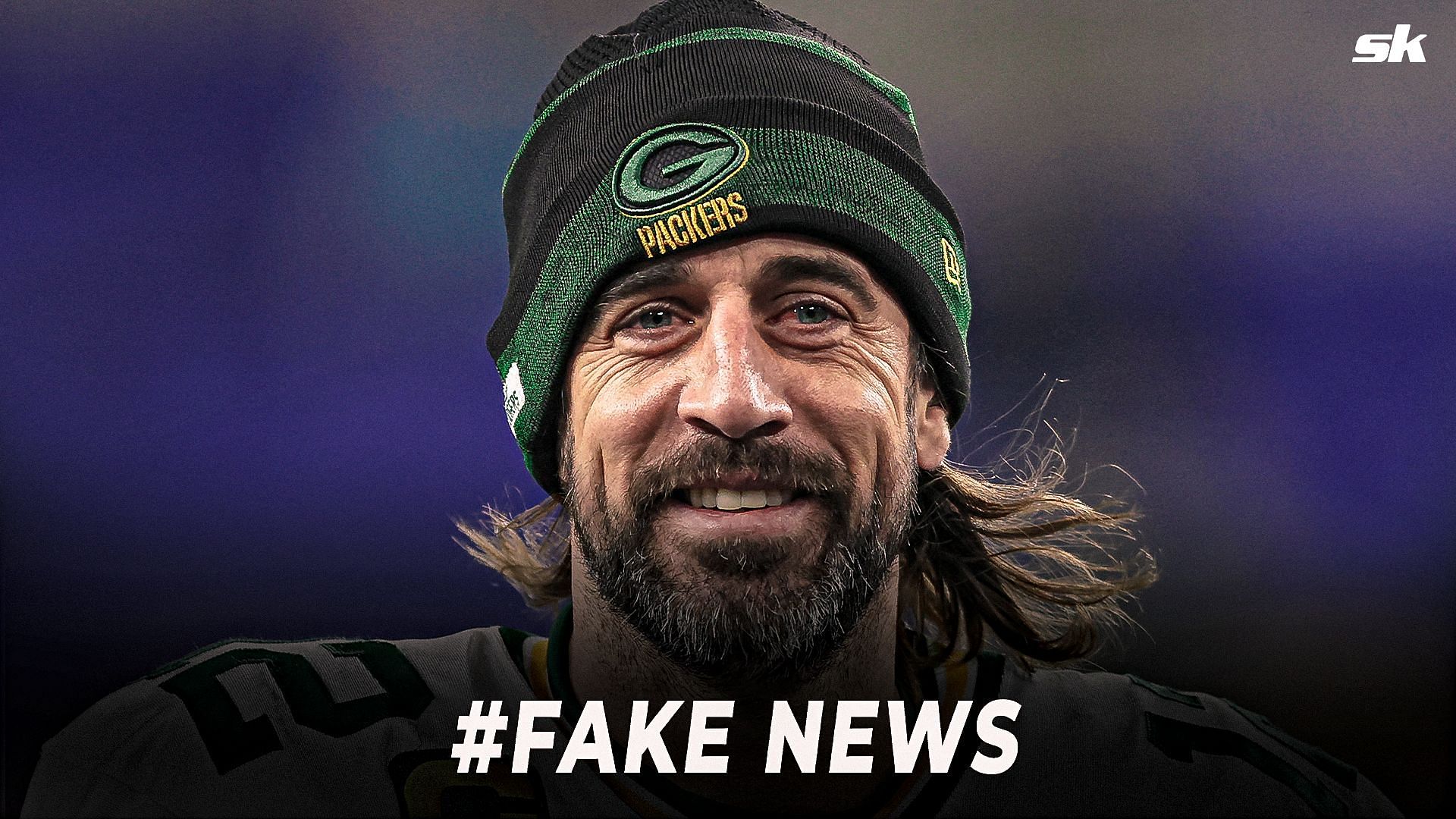 Green Bay Packers quarterback Aaron Rodgers responded to claims that he would boycott the Super Bowl next month. The claims were made by sports personality and NFL analyst QB Boomer Esiason.

Here is his response to the rumors:

The former Cincinnati Bengals and New York Jets QB read the following text message on his radio show earlier in the week:

Boom, the Rodgers saga continues to get crazier and crazier. I’ve been told by multiple people in Aaron’s direct circle that, if the Packers make the Super Bowl, he will use the week leading up to the Super Bowl to prove a major point. He will threaten the NFL by saying he won’t play in the big game or next season if they don’t eliminate some of the COVID-related rules. One big one that upsets him the most is the testing of symptomatic players. He’s told Jordan Love to be ready. Like you said, he’s got to make it first, but Super Bowl week will be set on fire and send [Roger] Goodell in a frenzy navigating the situation.

The Packers signal caller has been in the news this season for his comments on the COVID-19 vaccine. He has also been vocal regarding the NFL’s protocols when it comes to COVID-19.

To be specific, the provision of wearing a mask while with the media, along with the recurrence of tests for players that are not vaccinated.

Afterwards, Esiason and his co-host reached the conclusion the text was probably a joke from someone misrepresenting themselves.

The duo talked about how they thought the rumor was fraudulent, but that section of the chat did not make the rounds on social media.

Before this gets even more out of control, here is more context to the text Boomer got about Aaron Rodgers. By the end of our discussion we all came to the conclusion that we believed it was a prank.

Before this gets even more out of control, here is more context to the text Boomer got about Aaron Rodgers. By the end of our discussion we all came to the conclusion that we believed it was a prank. https://t.co/fNtDgQsWJP

Green Bay head coach Matt LaFleur told the press recently that his franchise QB will be under center in Week 18 versus the Detroit Lions, despite being the number one seed in the NFC.

What Rodgers Can Accomplish Versus Detroit

With 23 more passing yards, he will reach 4,000 passing yards in a season for the fourth consecutive year and the 10th time in his career. If he can throw five more touchdown passes, he will have 40 in back-to-back years for the first time in his 17-year NFL career.

The three-time MVP is 18-5 in 23 regular-season games versus the Lions in his career.

For the 10-time Pro Bowl QB, the Super Bowl could be in the cards, and hopefully he won’t boycott it.

Q. Do you agree with Aaron Rodgers and his response?

Denial of responsibility! NewsUpdate is an automatic aggregator around the global media. All the content are available free on Internet. We have just arranged it in one platform for educational purpose only. In each content, the hyperlink to the primary source is specified. All trademarks belong to their rightful owners, all materials to their authors. If you are the owner of the content and do not want us to publish your materials on our website, please contact us by email – abuse@newsupdate.uk. The content will be deleted within 24 hours.
AaronAaron Rodgersbest sports newsBowlboycottingfakeGreen Bay PackersLVI

How to Block Unknown Numbers on Android Phone

Where was Ahmaud Arbery jogging? Case explained as murderers are sentenced to life in prison