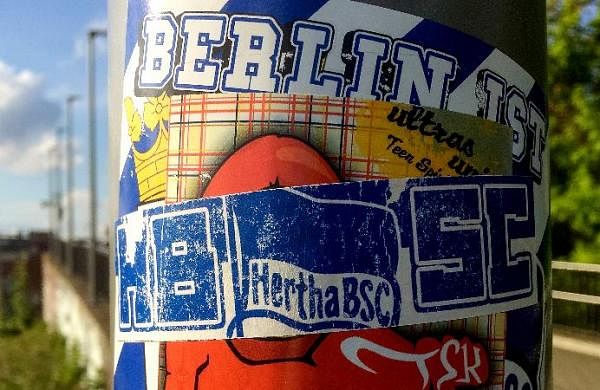 BERLIN: Violence, fireworks, and the coronavirus.

The risks are clear ahead of Saturday’s Bundesliga derby between Union Berlin and city rival Hertha.

Despite infection rates setting daily records in Germany this week, Berlin’s senate gave the go-ahead on Tuesday for Union to fill its stadium to capacity for the first time since the pandemic began.

Up to 22,012 supporters will be permitted at the mostly standing capacity Stadion an der Alten Försterei in the eastern borough of Köpenick, where the infection rate has been rising steadily every day.

Union forward Kevin Behrens will miss the game after testing positive for COVID-19, while defender Paul Jaeckel missed training on Thursday after feeling what coach Urs Fischer said was “sickly.” Jaeckel was waiting on the result of a PCR test.

“It’s really great to have a full stadium, the atmosphere is brilliant, it will be on fire. But of course, you have it in the back of your head that the numbers are shooting up again at the moment,” Hertha defender Niklas Stark said Wednesday, when Hertha postponed its annual general meeting because of the worsening situation.

In a bid to reduce the risk on Saturday, supporters will need to show proof of vaccination or recovery, and no alcohol will be served at the game. Attending fans are also being asked — though not required — to get tested before the match, while authorities are hoping they’ll keep their masks on for the duration.

The police have other concerns.

The last time fans attended the derby — pre-pandemic in November 2019 — it was a fiery encounter with Hertha supporters shooting fireworks onto the field and at Union fans during the game. Union goalkeeper Rafał Gikiewicz is credited with preventing worse afterward as he confronted his own team’s angry supporters to stop them reaching Hertha fans at the other end. Gikiewicz has since left for Augsburg.

The police have recent experience in dealing with potential violence after ensuring that Union’s Europa Conference League game against Dutch team Feyenoord on Nov. 5 passed without major incident.

“It’s definitely an issue,” Stark said of the risk of fan trouble. “It’s not our issue, you also have to say that. We’re concentrated on the game, we have to be. You don’t know what’s going to happen. We shouldn’t let ourselves be distracted.”

Hertha arguably needs the points more than Union after another lackluster start to the season. Hertha is currently 13th in the 18-team division, far from the European qualification places it wants to reach.

Union is eighth in the Bundesliga and enjoying its first season in European competition after qualifying for the Conference League by finishing seventh last season.

Union was only promoted to the Bundesliga in 2019. The Köpenick-based club is the only Bundesliga team that previously played in East Germany’s Oberliga.

Hertha is based in the west of Berlin and played in West Germany’s Bundesliga before the reunification.

The pandemic had largely kept the two teams’ fans apart since Union’s promotion, with all but the first Bundesliga clash between the sides being played in empty stadiums. Hertha won both of the games at Olympiastadion, while Union won the first and drew the last in Köpenick.

Kept outside, supporters turned to stickers to show their loyalties. Hertha stickers covered by Union stickers and vice versa are still a common sight on the capital’s lampposts.

While a few die-hard supporters remain bent on violence, most of the rivalry between the fans is good-natured. Prince Boateng, back at Hertha this season after spending most of his career away, said the derby is not a big deal because Union is still a relative newcomer to the Bundesliga.

“There’s only one big club in Berlin, and that’s us,” Boateng said.

Denial of responsibility! NewsUpdate is an automatic aggregator around the global media. All the content are available free on Internet. We have just arranged it in one platform for educational purpose only. In each content, the hyperlink to the primary source is specified. All trademarks belong to their rightful owners, all materials to their authors. If you are the owner of the content and do not want us to publish your materials on our website, please contact us by email – [email protected]. The content will be deleted within 24 hours.
1. FC Union Berlin vs Hertha BSC BerlinBerlinBerlin Covid casesBerlin Derbybest sports newsbringsDerbyFans