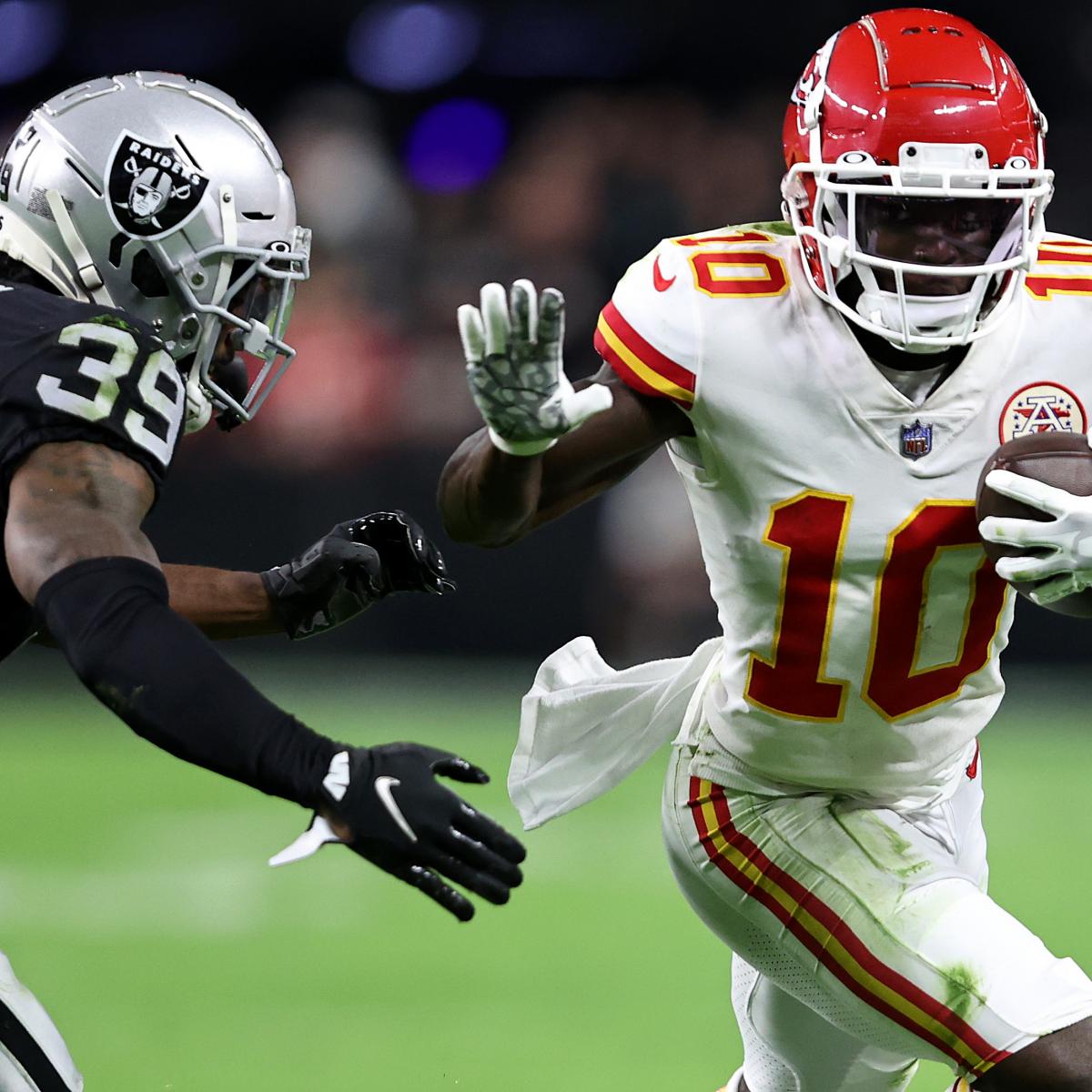 While the playoff push technically starts as soon as your fantasy football league does, the pressure unquestionably builds over the course of the campaign.

With Week 11 of the 2021 NFL season here, that pressure is nearing fever pitch.

It may not be now-or-never time to squeeze into the postseason, but it sure feels like it. There is very little time remaining to make up ground or rebound from a loss, so your mindset should be similar to the win-or-go-home mode of the playoffs.

We’ll help focus on the winning side by providing Week 11 rankings at the skill positions, spotlighting the star with the best matchup at each one and projecting his production.

The forecast is calling for fireworks Sunday in Kansas City.

That’s partly because Dak Prescott and Patrick Mahomes are set to lock horns, but it’s also because of the fact neither defense is particularly threatening. Both the Chiefs and Cowboys rank among the 12 worst teams in passing yards allowed per game, but Kansas City’s is the most generous, particularly in the fantasy realm.

The Chiefs have allowed the second-most fantasy points to quarterbacks this season. Five passers have thrown for multiple scores against them this season, including Justin Herbert (four in Week 3) and Josh Allen (three in Week 5). Dak Prescott could have a field day against this defense, continuing what is perhaps the best campaign of his career.

Technically, Nick Chubb (vs. Detroit) and James Conner (at Seattle) have better matchups Sunday if you go solely based on fantasy points allowed. But both of those figures are inflated by running back receptions, and since neither Chubb nor Conner offers much as a pass-catcher, the stats not be as inviting as they look.

As for the Chargers, they are brutal against the run—and the fourth-most fantasy-friendly defense for opposing running backs. L.A. has allowed an average of 155.1 rushing yards per game. That number is objectively enormous. No other defense even allows 137 yards per contest, and the gap between the Chargers and the second-worst rush defense (18.2 yards per game) is wider than the one separating Nos. 2 and 12.

Najee Harris should be cleared for takeoff. The rookie first-rounder has had 22-plus carries in five consecutive contests and cleared 80 rushing yards in all but one. He also has 18 receptions for another 139 yards over this stretch, so even if the Chargers are uncharacteristically stingy against the run, he could expose them through the air.

Only four defenses have allowed more fantasy points to wide receivers than the Colts. That number could shrink after Stefon Diggs gets a crack at them.

The 27-year-old once again ranks among the best in the business. He is one of only five receivers to rank among the top 10 in both receptions (56, 10th) and receiving yards (750, seventh). He is one of only two players in that group who hasn’t played 10 games this season.

The Colts have been exposed by virtually every elite wideout they have faced. Tyler Lockett, Cooper Kupp, Marquise Brown, Deebo Samuel and A.J. Brown all went for at least 100 yards and a score against them. Diggs should have every opportunity to join that club.

It’s not entirely clear whom Pat Freiermuth will be catching passes from, as Ben Roethlisberger is in the league’s COVID-19 protocols. But it seems likely Freiermuth could be catching a bunch of them.

The rookie tight end has been targeted at least six times in each of his past four games. He has 21 receptions for 176 yards and three touchdowns over this stretch.

The Chargers have allowed the fourth-most fantasy points to the position. Six tight ends have caught touchdown passes against them, including the Minnesota Vikings’ Tyler Conklin, who snagged two in Week 10.

Denial of responsibility! NewsUpdate is an automatic aggregator around the global media. All the content are available free on Internet. We have just arranged it in one platform for educational purpose only. In each content, the hyperlink to the primary source is specified. All trademarks belong to their rightful owners, all materials to their authors. If you are the owner of the content and do not want us to publish your materials on our website, please contact us by email – [email protected]. The content will be deleted within 24 hours.
best sports newsfantasyFootballlovematchupsnews update sportsnewsupdatePlayer