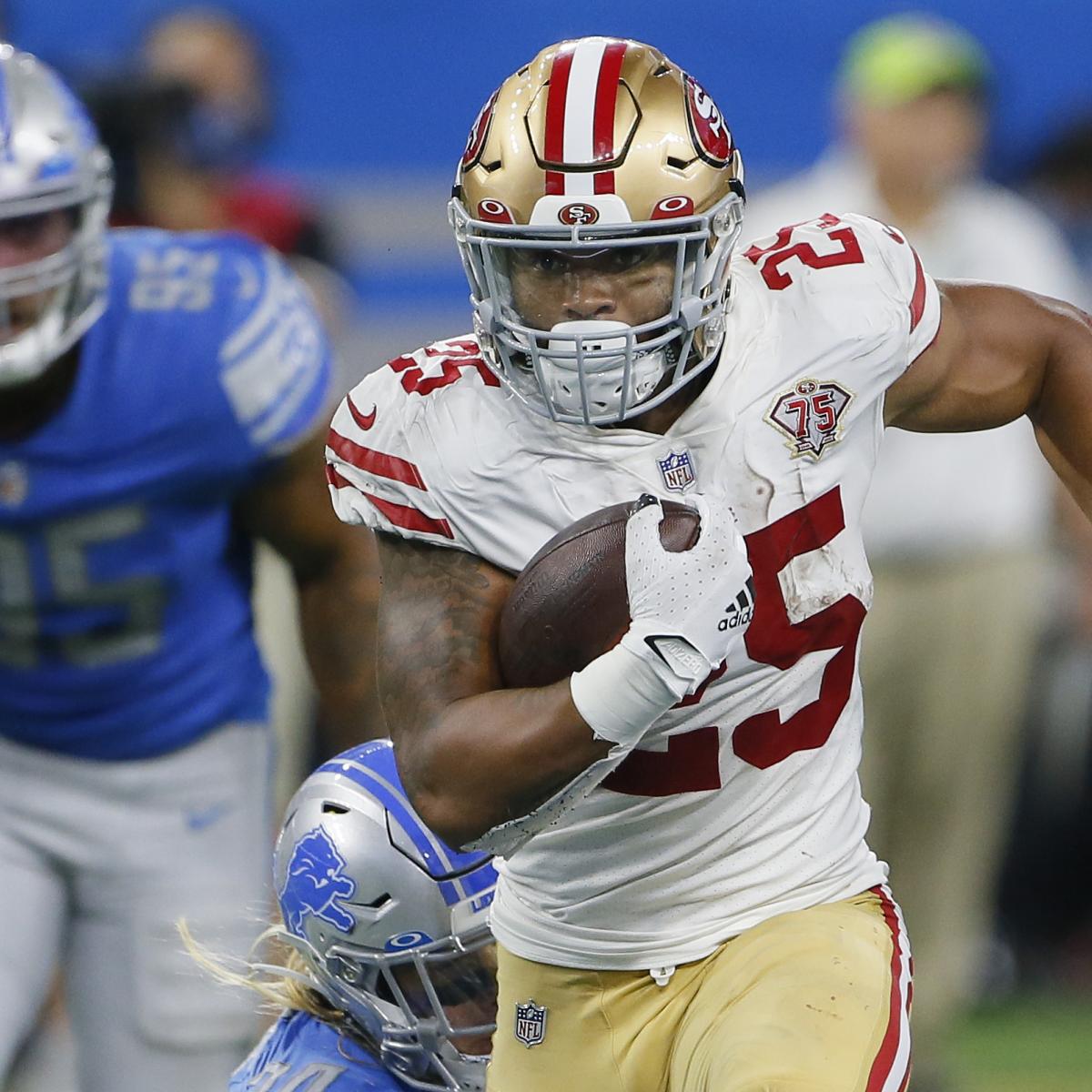 The fantasy football waiver wire can be a gold mine this early into the NFL season.

Add the right player now, and you could be extracting value from him throughout the campaign.

Between production, opportunity and the injury issues of Week 1, a new batch of sleepers has already surfaced. Let’s identify the top candidate for the deepest of leagues—rostered in fewer than 25 percent of Yahoo leagues, per Fantasy Pros—at the three marquee positions.

Through his first three quarters with the Lions, Jared Goff didn’t make fantasy managers regret overlooking him. But in that final frame, everything came together, and he nearly lifted to Detroit to an improbable comeback.

Did he catch San Francisco snoozing with a big lead? Perhaps. Can you bank on this kind of production every week? Probably not, as he struggled with consistency before landing with the Lions, a team without the same kind of offensive weaponry as his previous employer, the Los Angeles Rams.

Still, this was an indication of how good he can be when he has it going. And he certainly has a chance to keep it going in Week 2 against a Green Bay Packers defense that allowed Jameis Winston to throw five touchdown passes on only 20 attempts.

How does a sixth-round rookie go from being off the fantasy radar to atop the waiver-wire priority lists at his position in a single week?

For Elijah Mitchell, it’s all about opportunity and performance.

With the former, Mitchell suddenly finds himself as the likeliest player to lead Kyle Shanahan’s typically prolific rushing attack. Starter Raheem Mostert was lost to a season-ending knee injury, and rookie third-rounder Trey Sermon was a healthy scratch for the opener.

That gave Mitchell the green light in Week 1, and he motored right through it with 19 carries for 104 yards and a touchdown. He draws a tougher defense in Week 2 with the Philadelphia Eagles, and there’s always a chance Shanahan reshuffles his running back rotation, but the potential payoff is too large to ignore. It isn’t hard to imagine Mitchell becoming a weekly starter in even shallow fantasy leagues from here on out.

You probably read the preseason tea leaves well enough to know you might want a piece of Arizona’s aerial attack. Kyler Murray looks like an MVP-in-training in real life, and he’s even better in the fantasy world.

Don’t expect that to last much longer. Kirk trailed only Hopkins in catches (five) and yards (70) and matched him in touchdowns (two). Kirk was the only Cardinals’ receiver to haul in all of his targets. That reliability should keep the passes coming his way, and he could do a lot with them in Week 2 against a Minnesota Vikings defense that just let sophomore Joe Burrow go 20-of-27 for 261 yards, two scores and zero interceptions.

Denial of responsibility! NewsUpdate is an automatic aggregator around the global media. All the content are available free on Internet. We have just arranged it in one platform for educational purpose only. In each content, the hyperlink to the primary source is specified. All trademarks belong to their rightful owners, all materials to their authors. If you are the owner of the content and do not want us to publish your materials on our website, please contact us by email – [email protected]. The content will be deleted within 24 hours.
Loading...
best sports newscheatdeepfantasyFootballidentifyingLeaguesnews update sports

Jacqueline Hernandez abduction: All about the Florida girl who went missing in 2007 as she reunites with her mother after 14 years

Why TV antennas are making a comeback in the streaming age