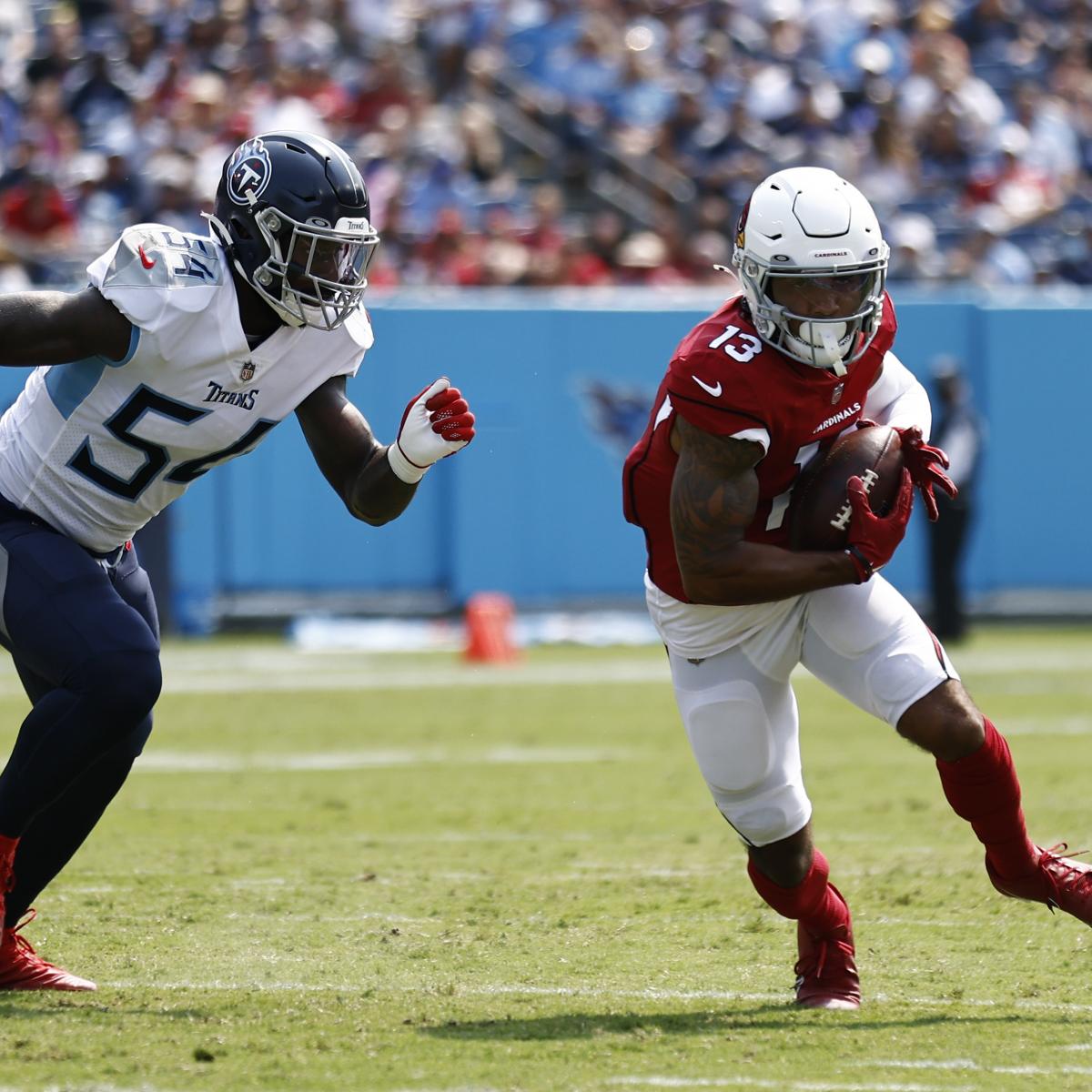 Week 1 of the 2021 NFL season isn’t quite over. The Baltimore Ravens and Las Vegas Raiders will conclude the opening slate of games with a Monday night matchup at Allegiant Stadium in Las Vegas.

But unless you or your opponent have players from either team, your first fantasy football matchup of the season is in the books. Depending on how well you performed, that may be the case even if you’re waiting on one or two players to take the field Monday.

If you are in position to win your first fantasy matchup, congrats—every victory matters along the way. But if you’re going to be 0-1, it’s important to remember that it’s a long season and that you will have plenty of opportunities to add to your roster via the waiver wire.

Here’s a look at some early rankings for Week 2, along with top waiver-wire targets.

Jameis Winston appears to have greatly improved since he last got an opportunity to be a starting quarterback in 2019. On Sunday, he passed fo r 148 yards and five touchdowns while leading the Saints to a 38-3 win over the Green Bay Packers.

Because New Orleans led by so much for most of the game, Winston only threw the ball 20 times. But he was efficient, completing 14 of those attempts, which is a good sign for when he needs to air it out more than he did in Week 1.

Winston is available in 57 percent of Yahoo leagues and 74 percent of ESPN leagues, per FantasyPros. So if you need a solid streaming option for Week 2, Winston will likely be a strong choice, as the Saints offense should have more success against the Carolina Panthers defense.

Many expected Trey Sermon to be the rookie running back to have early success out of the San Francisco 49ers backfield. However, that wasn’t the case Sunday. Sermon was inactive for Sunday’s 41-33 win over the Detroit Lions, so when Raheem Mostert exited early with a knee injury, it was Elijah Mitchell who powered the running game.

Mitchell, a 2021 sixth-round draft pick out of Louisiana, had a huge NFL debut, carrying the ball 19 times for 104 yards and a touchdown. He was on hardly anybody’s fantasy radar in the weeks leading up to the start of the season (he’s available in more than 90 percent of all leagues, per FantasyPros, but he will likely be one of the most heavily pursued running backs on the waiver wire ahead of Week 2.

If you can beat out your leaguemates to acquire Mitchell, then he could be a great start in Week 2 if Mostert isn’t healthy enough to play. Expect him to fare well again with a decent matchup against the Philadelphia Eagles if that ends up being the case.

Projection: 76 rushing yards and a touchdown.

DeAndre Hopkins is the clear No. 1 wide receiver in the Arizona Cardinals offense. A.J. Green is the No. 2 receiver after signing with the team during the offseason, and rookie Rondale Moore is an exciting player. But it’s clear that Christian Kirk is going to have a role for Arizona as well.

In the first game of his fourth NFL season, Kirk had five catches for 70 yards and two touchdowns in a 38-13 win over the Tennessee Titans. He may have only gotten a handful of targets, but there were enough to go around to all of the Cardinals’ playmakers, and Kirk capitalized on his by getting into the end zone twice.

Considering Kirk is available in more than 85 percent of all fantasy leagues, per FantasyPros, he’s worth picking up off waivers. And if you need to flex a wide receiver, he could be a solid option because Arizona’s offense is likely to air it out and have success again in its home opener against the Minnesota Vikings.

Projection: 55 yards and a touchdown.

The Saints offense lost some key playmakers from 2020 in the offseason, and it wasn’t exactly clear who would be filling what roles. But in Week 1, Juwan Johnson had three catches for 21 yards and two touchdowns, so it seems like Winston will be looking for the second-year tight end in the red zone.

Johnson may end up being touchdown-dependent, but if he scores a lot, he could be a streaming option. With it being difficult to get production at tight end, it’s worth picking up Johnson—who is available in at least 90 percent of all leagues, per FantasyPros—as a potential boost to your lineup.

Projection: 33 yards and a touchdown.

Loading...
Denial of responsibility! NewsUpdate is an automatic aggregator around the global media. All the content are available free on Internet. We have just arranged it in one platform for educational purpose only. In each content, the hyperlink to the primary source is specified. All trademarks belong to their rightful owners, all materials to their authors. If you are the owner of the content and do not want us to publish your materials on our website, please contact us by email – [email protected]. The content will be deleted within 24 hours.
Loading...
best sports newsfantasyFootballnews update sportsnewsupdateprojectionsrankingssports news