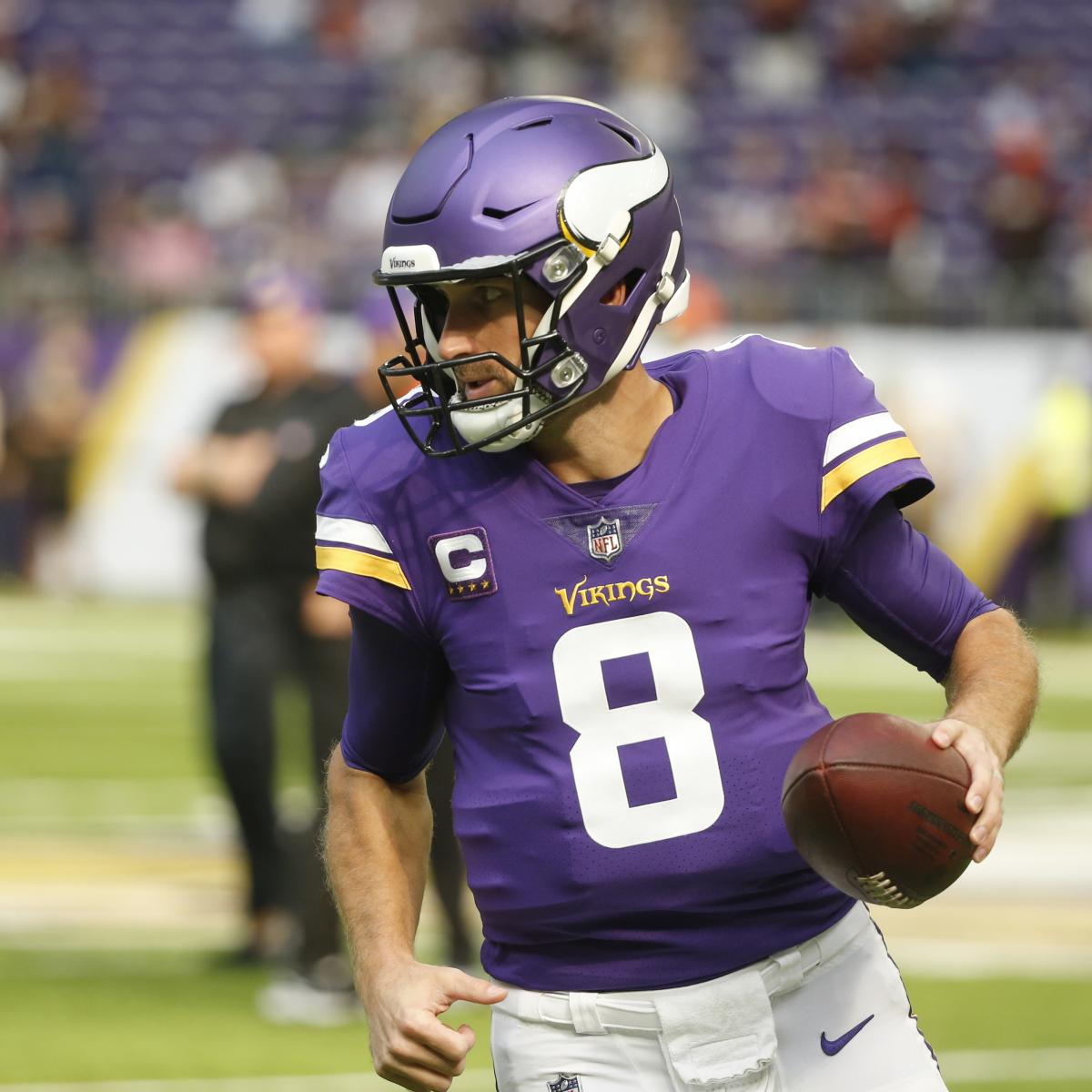 As the NFL season continues, it’s important to keep an eye on trends that will help you in fantasy football. Because if you are able to identify those, it can help make lineup decisions much easier.

Which teams can’t stop the pass? Who can’t limit opposing offenses on the ground? And, of course, how are teams most likely to operate their offense? By considering these things, you will find matchups you can exploit by starting the right players in your lineup.

Heading into Week 5, here are positional rankings, along with some of the matchups to keep an eye on.

Kirk Cousins is poised for a bounce-back performance after his toughest showing of the season to this point against the Cleveland Browns (203 yards, one touchdown and one interception—his first of the year). But he had been airing it out over the first three gameweeks and racking up a ton of fantasy points.

On Sunday, the Minnesota Vikings are hosting the Detroit Lions in an NFC North matchup that they should win considering Detroit has lost each of its first four games. Minnesota needs a victory after a 1-3 start, and Cousins should have no trouble getting back on track.

The Atlanta Falcons are going to be without one of their top offensive playmakers in London on Sunday, as the team announced wide receiver Calvin Ridley will miss the game because of a personal matter. That means there should be plenty of opportunities for Cordarrelle Patterson, who is coming off a huge three-touchdown performance against Washington.

Patterson may not put up huge numbers every week, but his versatility in Atlanta’s offense means he should get consistent touches. That should be the case against a struggling New York Jets defense, meaning Patterson will again be worthy of starting in fantasy lineups for the second consecutive week.

Projection: 122 total yards and a touchdown.

Although the Arizona Cardinals are 4-0, they are not a perfect team. And one of their weaknesses has been stopping opposing wide receivers, as they are giving up 44.3 fantasy points to the position, which is fifth-most in the league, per NFL.com.

Deebo Samuel is off to a strong start, ranking second in the NFL with 490 receiving yards through four weeks. He’s coming off a huge performance against the Seattle Seahawks (eight catches for 156 yards and two touchdowns), and he has a good chance of following that up with another big day.

Projection: 117 yards and a touchdown.

While the Miami Dolphins offense isn’t putting up huge numbers this season, Mike Gesicki has had a solid start to the year. He has 15 catches for 143 yards over the past two weeks, and he scored his first touchdown of the season in Miami’s Week 4 loss to the Indianapolis Colts.

Gesicki should be targeted a lot moving forward, which should bode well for him in Week 5 against the Tampa Bay Buccaneers, who are giving up an NFL-high 327.5 passing yards per game. And with the Dolphins likely to be passing a lot to try to keep up, expect Gesicki to have another strong showing.

Projection: 71 yards and a touchdown.

Denial of responsibility! NewsUpdate is an automatic aggregator around the global media. All the content are available free on Internet. We have just arranged it in one platform for educational purpose only. In each content, the hyperlink to the primary source is specified. All trademarks belong to their rightful owners, all materials to their authors. If you are the owner of the content and do not want us to publish your materials on our website, please contact us by email – [email protected]. The content will be deleted within 24 hours.
best sports newsexploitfantasyFootballlovematchupsnews update sportsnewsupdate

Have you applied for a job at your company?