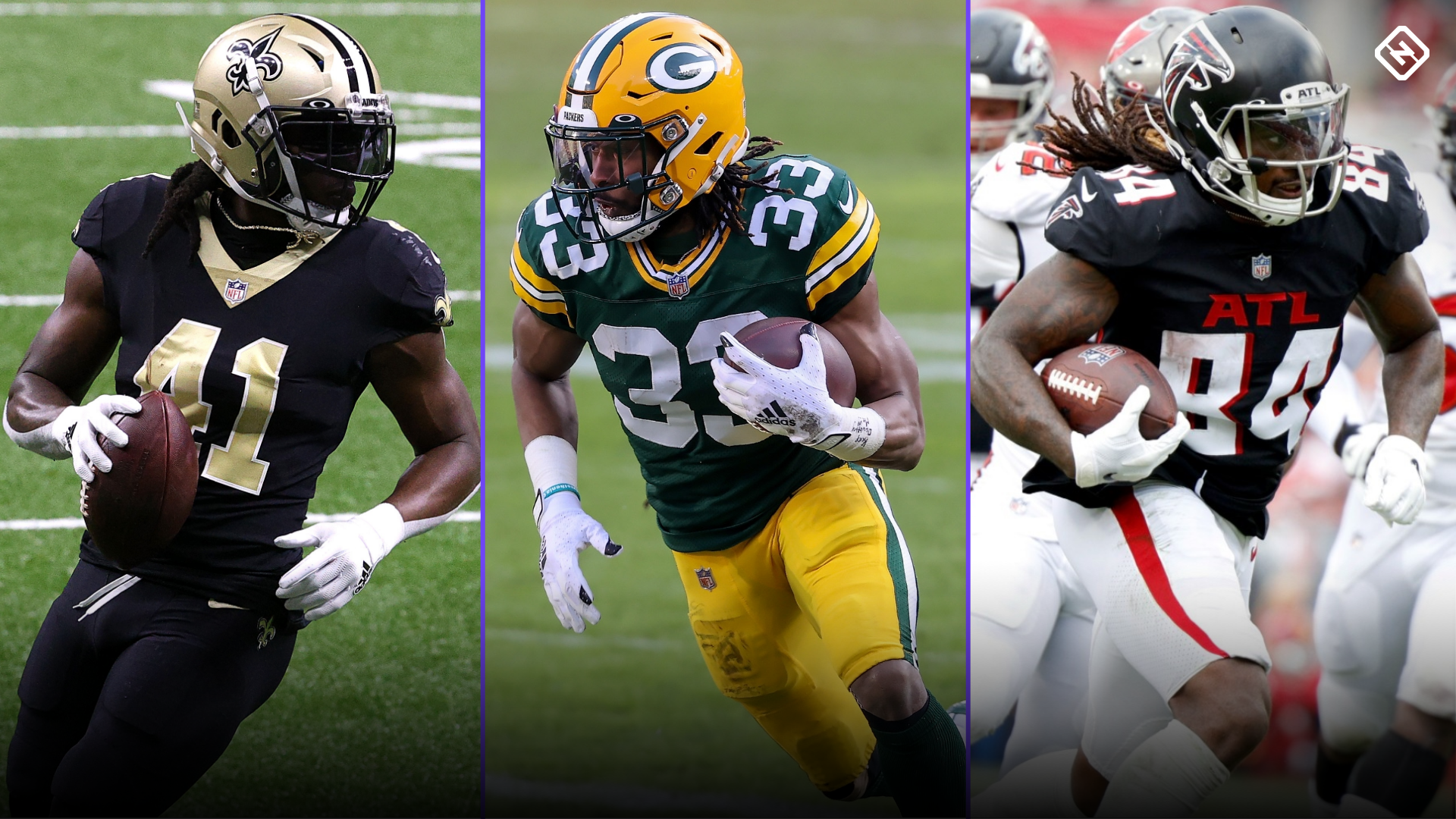 Alvin Kamara, Aaron Jones, Cordarrelle Patterson, and Elijah Mitchell have all been must-starts when healthy, but all missed last week with injuries. Their availabilities, whether they’re playing or inactive, would have a big effect on Week 12 fantasy rankings and start ’em, sit ’em decisions. Each running back figures to be “questionable” heading into this week’s slate of games, so knowing the latest injury updates will be crucial ahead of your lineup decisions.

Kamara (knee) practiced in a limited capacity last Wednesday but didn’t take the practice field again and was ultimately ruled out Friday. However, the Saints play on Thursday in Week 12, so we won’t have much time to figure out his status. That also means we’ll probably know early on. There’s not much room for speculation here, so we’ll see what happens later in the week.

If he does play, he’ll take on Buffalo, who was the No. 1 defense against fantasy RBs before Jonathan Taylor torched them for over 50 PPR points. However, we’re not going to overreact here, so we still view the Bills as a tough matchup. Kamara ranks as our RB13 in standard and RB9 in PPR leagues. New Orleans is likely to start him off easy, and Mark Ingram will get plenty of touches in this one. It wouldn’t even be surprising if Ingram out touches Kamara, but we know Kamara gets it done on efficiency. His ceiling is ultimately always the No.1 RB, but his injury and matchup drop him to a borderline RB1. If Kamara is out, Ingram will be an RB2.

Jones had an original return timeline of one-to-two weeks after injury his knee in Week 10, so it’s possible he’ll return this Sunday. Of course, that’s far from a certainty, and we need to pay close attention to the practice reports heading into Sunday. Green Bay takes on the Rams, who are a top-12 unit against fantasy RBs. They aren’t impossible to score points against, but with Jones less than 100 percent if he’s active, he’ll be downgraded to a lower-end RB2 in fantasy.

For now, we’re thinking Jones will likely miss another week and rank AJ Dillon as the RB15 in standard and RB14 in PPR leagues.

Patterson (ankle) was actually pretty close to playing against New England last Thursday, so we’d think he’s going to be available against Jacksonville. The Jags defense hasn’t been as bad as you might expect against fantasy RBs, but Patterson’s heavy involvement in the passing game means he can be an RB1 any given week.

We like him as the RB12 in PPR and RB16 in standard leagues. If he’s out again, fantasy owners should avoid the Falcons committee of Qadree Ollison, Mike Davis, and Wayne Gallman.

Mitchell (finger) was also close to playing in Week 12, but he was ultimately ruled out, clearing the way for Jeff Wilson Jr. to get the start. If Mitchell is back this week, we could see more of a committee with him and Wilson, so we’ll have to see how it plays out against the Vikings.

That said, Minnesota is the 11th-worst defense against fantasy RBs, so we rank Mitchell as the RB7 in standard and RB15 in PPR leagues. He doesn’t do much in the passing game, but he should received 15-plus carries and be in for the valuable touches around the goal line.

Denial of responsibility! NewsUpdate is an automatic aggregator around the global media. All the content are available free on Internet. We have just arranged it in one platform for educational purpose only. In each content, the hyperlink to the primary source is specified. All trademarks belong to their rightful owners, all materials to their authors. If you are the owner of the content and do not want us to publish your materials on our website, please contact us by email – [email protected]. The content will be deleted within 24 hours.
AaronaffectingAlvinbest sports newsCordarrellefantasyinjuryJones

9 options for splurging on earbuds or finding a cheap but…