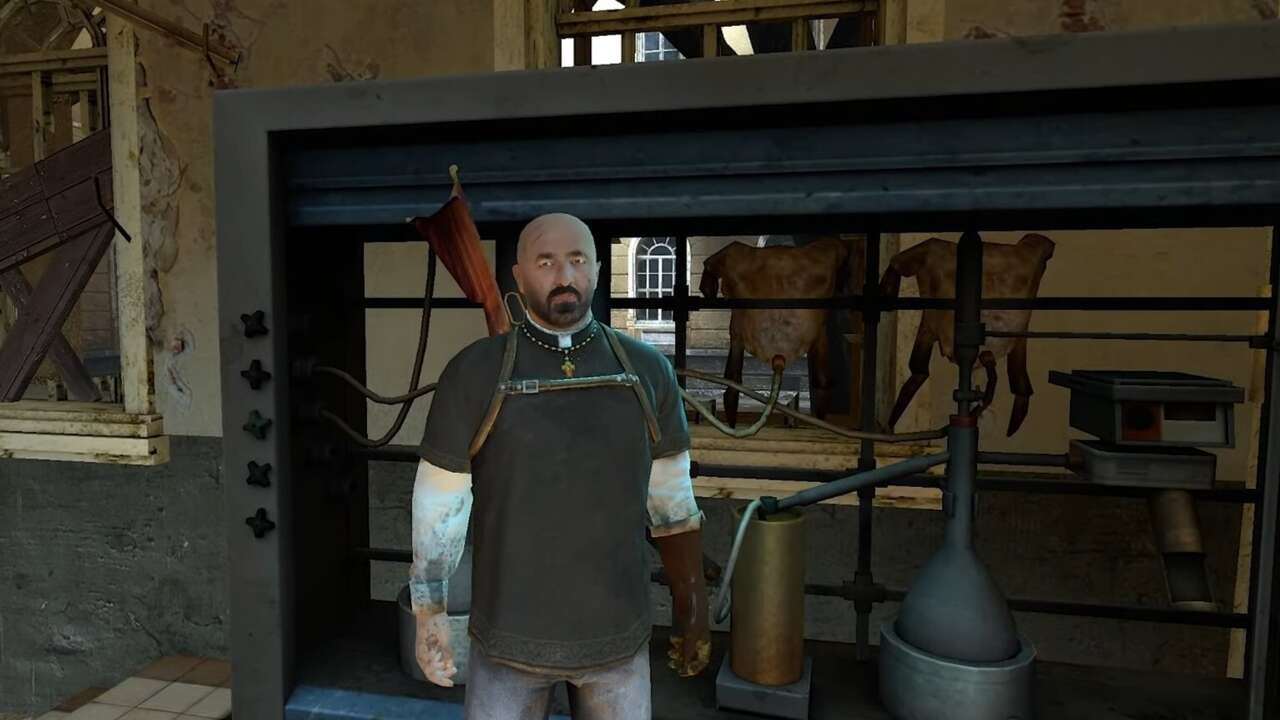 The history of Half-Life is one filled with canceled projects that would never see the light of day, but thanks to Noclip, fans can now see nearly an entire hour of gameplay for Arkane Studio’s canceled Half-Life 2 spinoff, Ravenholm.

It’s a fascinating look at a project that appeared fairly close to completion, but one that for whatever reason Valve ultimately pulled the plug on. In the video, Noclip’s Danny O’Dwyer periodically pops in to offer up context for the gameplay viewers are seeing. The footage of the canceled game was obtained as part of Noclip’s 2020 documentary on the history of Arkane, and which O’Dwyer says is now being released in its entirety “as part of Noclip’s mission to document and preserve the history of video games.”

What the footage reveals looks promising, with an in-depth electricity system that players could use to both defeat enemies and solve puzzles. Players would eventually acquire a nail gun that could be used to shoot bolts into the environment and make electrical currents to open doors and make traps. O’Dwyer remarks that an entirely new score was composed for the game, some of which is featured in the new gameplay footage and is likely being heard by audiences outside of Arkane and Valve for the first time. There are new types of enemies too, like venom-spitting zombies and super-intelligent mutated monkeys that could crawl through air ducts.

In Ravenholm, players would have taken on the role of Adrian Shepard from Half-Life: Opposing Force and teamed up with Half-Life 2’s Father Grigori, as they battled through an abandoned psychiatric hospital filled with zombies and Grigori’s various hostile science experiments. The project was originally in the works at Junction Point Studios under Warren Spector and featured a magnet gun that could be used to magnetize surfaces for the purposes of combat and puzzle-solving. That early prototype would eventually land in the hands of Arkane and become the project the team referred to as Ravenholm.

As for why the project never officially released, Valve didn’t give an official reason, but in Noclip’s 2020 documentary, Arkane staff simply speculate it came down to business. According to Arkane, the game likely would have needed at least another full year of development and the costs associated with it, which may have caused Valve to ultimately decide the project wasn’t financially worth finishing.

The most recent Half-Life game, the VR-only Half-Life: Alyx, released in 2020, prior to which there had not been a new game in the series since 2007’s Half-Life 2: Episode 2.

Denial of responsibility! NewsUpdate is an automatic aggregator around the global media. All the content are available free on Internet. We have just arranged it in one platform for educational purpose only. In each content, the hyperlink to the primary source is specified. All trademarks belong to their rightful owners, all materials to their authors. If you are the owner of the content and do not want us to publish your materials on our website, please contact us by email – [email protected]. The content will be deleted within 24 hours.
best games newscanceledeyesFeastgame updategames newsHalfLifehour

AlmaLinux 9 beta has arrived, and it means business

Breaking the bottlenecks for Indian start-ups