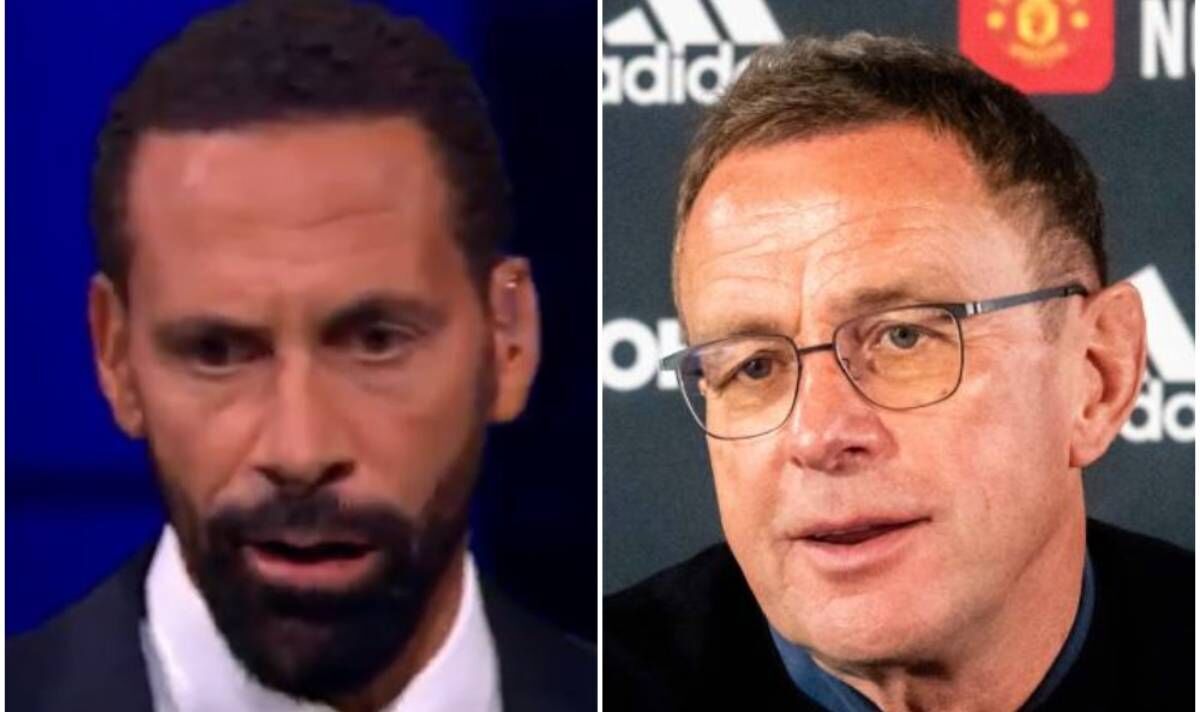 Manchester United only have one game left of their disastrous season, so naturally the blame game has started to fill the time instead. The 15-day gap between the 4-0 thrashing by Brighton and the relief of the season-ending game against Crystal Palace on May 22 is both a blessing and a curse for United.

On the one hand it gives the club and its fans a two-week period without having to worry about yet another embarrassing result. On the other hand, though, it provides lots of time for reflection on past mistakes – of which United have lots.

United’s interim manager Ralf Rangnick has truly embraced the freedom handed to him by only having a few weeks left in his current job and at already having another one lined up with Austria. After the Brighton defeat, the German continued a recent theme of speaking extremely candidly about the problems he sees on a day-to-day basis at United.

Rangnick revealed that he had personally recommended Luis Diaz, Dusan Vlahovic and Julian Alvarez to the club in the January transfer window, only to see the attacking trio end up elsewhere. His admission was merely another example of Rangnick’s remarkable openness about the current situation and what he thinks needs to be done.

Whether Rangnick is right or wrong to, as Ferdinand put it, “air his dirty laundry in public”, the incident shows just how big a mistake United football director John Murtough made in appointing Rangnick as Ole Gunnar Solskjaer’s replacement back in November. “Ralf is one of the most respected coaches and innovators in European football,” Murtough said.

“He was our number one candidate for interim manager, reflecting the invaluable leadership and technical skills he will bring from almost four decades of experience in management and coaching.” Four decades of experience was supposed to make Rangnick a safe pair of hands – someone who could guide the ship, avert disaster and then hand over to a long-term manager in the summer.

Those plans have now gone up in smoke, with in-fighting, finger-pointing and dressing room leaks undermining United’s end to a miserable campaign. “All my efforts for the next six months will be on helping these players fulfil their potential, both individually and, most importantly, as a team,” Rangnick said when he was appointed. “Beyond that, I look forward to supporting the club’s longer-term goals on a consultancy basis.”

The short-term part of that pledge has failed, while the two-year consultancy role now appears to be a fairly worthless exercise. Ferdinand and the United hierarchy may not want to hear Rangnick’s admissions being made in public, but for all his failures on the pitch, his bluntness in press conferences has helped shine a light on the appalling mismanagement going on behind the scenes.

Denial of responsibility! NewsUpdate is an automatic aggregator around the global media. All the content are available free on Internet. We have just arranged it in one platform for educational purpose only. In each content, the hyperlink to the primary source is specified. All trademarks belong to their rightful owners, all materials to their authors. If you are the owner of the content and do not want us to publish your materials on our website, please contact us by email – [email protected]. The content will be deleted within 24 hours.
backfiredbadlybest sports newscommentsDecisionFerdinandsManMurtoughs

Google I/O event kicks off tonight. Where to watch, what to expect