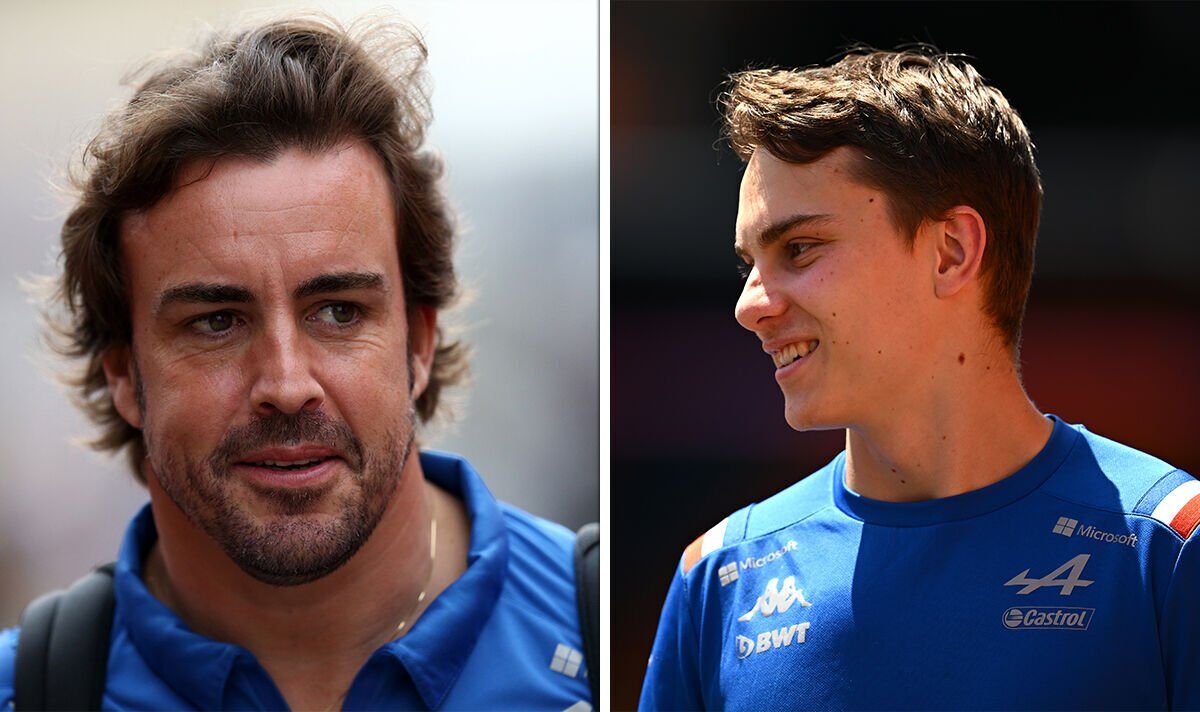 Formula One’s grid is set to be completely transformed after Fernando Alonso’s move to Aston Martin. The move is set to lead to driver moves across the grid including the emergence of new talents.

Oscar Piastri won the Formula 3 and Formula 2 championships back-to-back between 2020 and 2021. However, the Australian managed by ex-Red Bull star Mark Webber was unable to secure a drive on a packed 2022 grid.

He has since been Alpine’s reserve driver and enjoyed minutes behind the wheel of their 2021 car. In May, he undertook a two-day test at Qatar’s Losail International Circuit and has been tipped for a seat in 2023 ever since.

Earlier this month, Alpine CEO Laurent Rossi all but confirmed Piastri would be racing next season. When asked if he thought Alonso and Piastri would both be on the 2023 grid, Rossi replied: “I think so.”

Nicholas Latifi’s contract runs out at the end of the season and has openly admitted he could be axed. When responding to rumours, Latifi claimed: “I would be lying if I told you my place in the team is secure. I’m aware the situation has to change.”

It is understood Williams was looking at bringing Piastri into the team which now appears unlikely as a seat opens up at Alpine. However, Mercedes reserve driver Nyck de Vries could be in line to step into the Canadian’s shoes.

He got behind the wheel of a Williams at the Spanish Grand Prix and impressed for Mercedes in France.

After his FP1 drive in Spain, Williams’ Dave Robson said: “I think he did a really good job, and he clearly has what he needs to be to be an absolute top quality competition driver. Yeah, he’s worthy of a place on the grid.” However, Williams could also look at reserved driver Jamie Chadwick who has dominated the W Series this season.

Williams’ young driver Logan Sergeant has also impressed in Formula 2 and could knock on the door of a full-time F1 seat.

Sebastian Vettel had called for Mick Schumacher to replace him at Aston Martin when he announced his retirement. Vettel said he thought “very highly” of Schumacher and stressed he has a “lot of qualities” to give.

However, Aston Martin’s decision to sign Alonso leaves Schumacher in a difficult position. He has no deal for next season and clashed earlier this year with team boss Guenther Steiner over accidents in Saudi Arabia and Monaco.

Speaking to Express Sport last week, Steiner admitted talks on a new deal had not yet begun.

He said: “We always make our decision about drivers after the summer break, normally we get it done by end of September and the same will be this year. We haven’t spoken about it, what is going on.”

Denial of responsibility! NewsUpdate is an automatic aggregator around the global media. All the content are available free on Internet. We have just arranged it in one platform for educational purpose only. In each content, the hyperlink to the primary source is specified. All trademarks belong to their rightful owners, all materials to their authors. If you are the owner of the content and do not want us to publish your materials on our website, please contact us by email – [email protected]. The content will be deleted within 24 hours.
AlonsoAstonbest sports newsdriverFernandogridMartinMoves

IND vs WI: Why is India vs West Indies T20I delayed? What time will IND vs WI start?