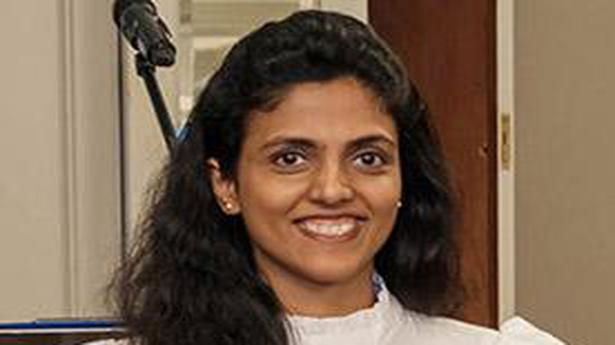 Making amends for its failure to finish the job in the second set, India scripted a commanding 5-1 victory in the blitz tiebreaker against Ukraine to enter the semifinals of the FIDE Online Chess Olympiad on Monday.

After India comfortably won the first set 4-2, Ukraine rallied from 0.5-2.5 in the second to win the last three games, involving Vidit Gujrathi, R. Vaishali and K. Humpy, in that order.

In the tiebreaker, played under the time-control of three minutes for each player and a two-second increment per move, India dominated in great style after resting Viswanathan Anand and P. Harikrishna on the top two boards.

Nihal Sarin, beneficiary of a 12-minute advantage on the clock after Platon Galperin reported late in the first set, won against the same rival when the Ukrainian’s internet connection dropped.

Soon, Vidit drew with Vassily Ivanchuk and Harika scored her third victory of the day by destroying Nataliya Buska with a fine display of tactics. Vaishali returned to winning ways before Humpy drew to complete India’s triumph.

“Relived”, was how Anand described the feeling after the match, before adding, “Obviously disappointed not to score in the second game, which would have clinched it (for India). When I made the draw, I thought we had clinched it anyway.

“I looked at the three (ongoing) games and thought on at least two, we were safe. Then a dramatic turnaround happened after which India did extremely well in the blitz.”

Harika’s return to form was great news for India. Recovering from viral during the league phase during which she was involved in three draws, Harika produced a scintillating performance by winning against in-form Nataliya Buska and Natalia Zhukova.

Denial of responsibility! NewsUpdate is an automatic aggregator around the global media. All the content are available free on Internet. We have just arranged it in one platform for educational purpose only. In each content, the hyperlink to the primary source is specified. All trademarks belong to their rightful owners, all materials to their authors. If you are the owner of the content and do not want us to publish your materials on our website, please contact us by email – [email protected]. The content will be deleted within 24 hours.
Loading...
Loading...
best sports newschessChess OlympiadentersFIDEIndiaIndia at chess olympiadnews update sports

Virat Kohli as T20I captain: A statistical look at India…

Peyton and Eli Manning on the call for Tennessee-Ole Miss?…

prores: iPhone 13 Pro ProRes will be available with future…