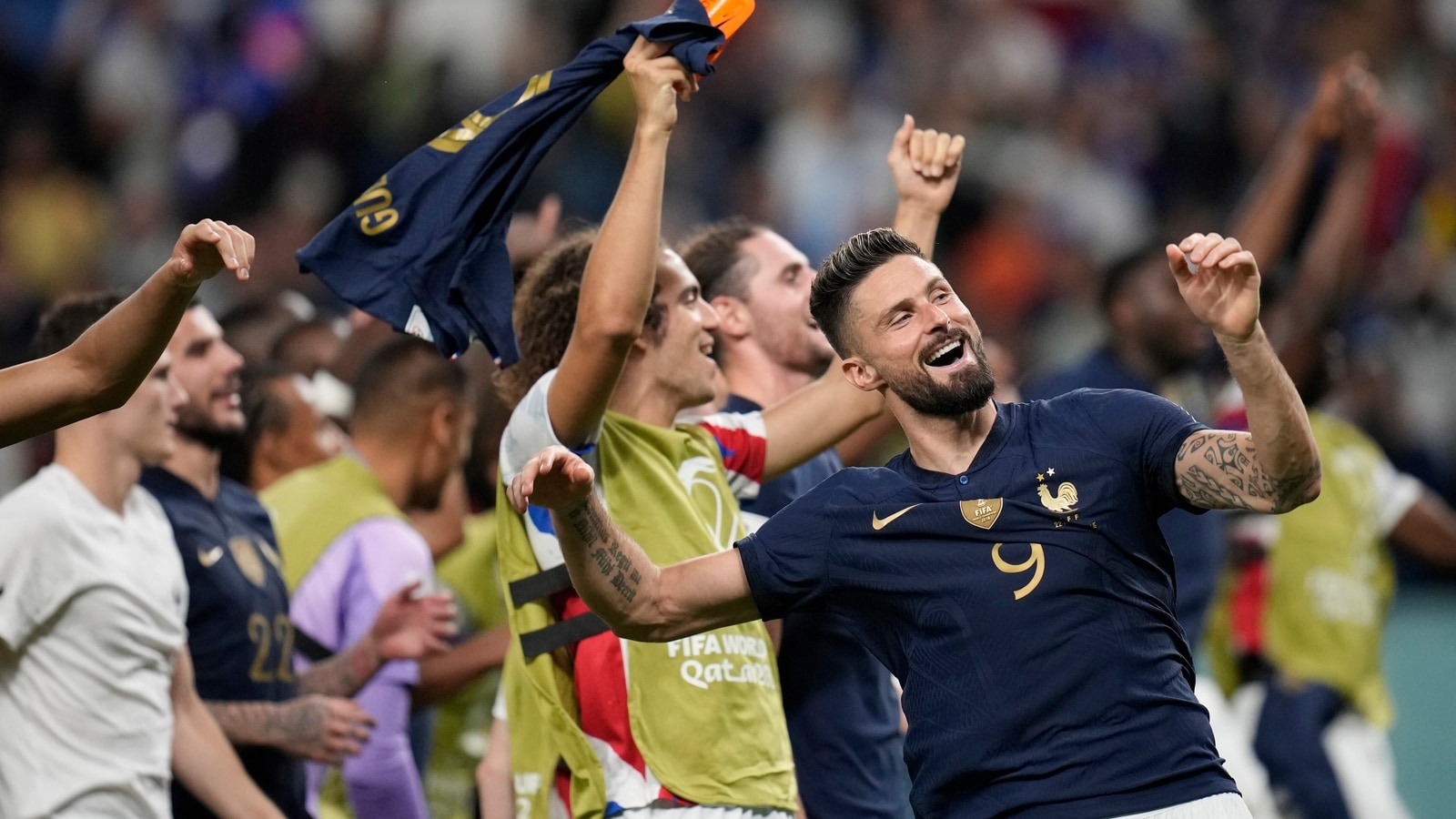 Olivier Giroud became France’s joint all-time top scorer when his double helped the holders start the defence of their World Cup title in style with a 4-1 comeback Group D win against Australia on Tuesday. Giroud found the net before and after the break to take his tally to 51 goals, matching Thierry Henry’s mark, either side of a Kylian Mbappe goal after Adrien Rabiot had levelled following Craig Goodwin’s shock early opener.

Les Bleus are the first defending champions to win their opening match since Brazil in 2006, which has already put them in good position to advance from the group phase, something Italy in 2010, Spain in 2014 and Germany in 2018 failed to do. France, who lost defender Lucas Hernandez to a knee injury, have three points and lead Tunisia and Denmark by two after they played out a 0-0 draw on Tuesday.

Didier Deschamps’s France side, who started the tournament on the back of the disappointment of striker Karim Benzema being ruled out injured last Saturday, next face Denmark on Saturday. It was not quite the start France were expecting at the Al Janoub stadium. Goodwin smacked the ball into the roof of the net from Mathew Leckie’s cross from the right, leaving Lucas Hernandez holding his right knee after being beaten to the ball after nine minutes. Hernandez’s brother Theo came on as a substitute and France continued to struggle to create space, with only Mbappe threatening on his left flank.

Australia were much more direct, making the most of Les Bleus’s non-existent midfield. It was, however, Rabiot who levelled in the 27th, leaving his marker behind to head home from Hernandez’s cross.

With Mbappe moving more centrally, the Australia defence had one more problem to deal with and that was clear when the Paris St Germain forward’s back heel inside the area was collected by Rabiot, who slid the ball across for Giroud to tap in. They played more freely from then on, with Antoine Griezmann’s low shot going just wide and Mbappe skying his attempt over the bar as he raced to meet Griezmann’s cross from the right.

Australia kept France on their toes and came close shortly before halftime when Jackson Irvine’s header grazed Hugo Lloris’s right-hand post after a rebound. Mbappe caused more chaos early in the second half but could not quite find the breakthrough, until he silenced the Australian fans, who in the first half were shouting ‘Who are you?’ at him, with a glancing header in the 68th minute.

Three minutes later, Giroud headed home from Mbappe’s cross before falling on his back in apparent disbelief and being surrounded by his team mates in a goal celebration that lasted longer than usual, giving an exhilarating feel to France’s win.

It took Giroud, who owed his place in the starting lineup to Benzema’s absence, 115 international appearances to score his 51 goals, while Henry needed 123 from 1997-2010. There were more chances for France through Hernandez and Ibrahima Konate but the result was satisfying enough, bearing in mind that in 2002 the defence of their title started with a 1-0 loss to Senegal and was followed by a first-round exit.

Denial of responsibility! NewsUpdate is an automatic aggregator around the global media. All the content are available free on Internet. We have just arranged it in one platform for educational purpose only. In each content, the hyperlink to the primary source is specified. All trademarks belong to their rightful owners, all materials to their authors. If you are the owner of the content and do not want us to publish your materials on our website, please contact us by email – [email protected]. The content will be deleted within 24 hours.
australiaAustralia football teambest sports newsCruiseCupequalsFIFAFIFA World Cup

Hyperkin Is Bringing Back The Xbox 360 Controller, But There’s A Catch – SlashGear

Turbo Games extends its partnership with Cbet increasing the…