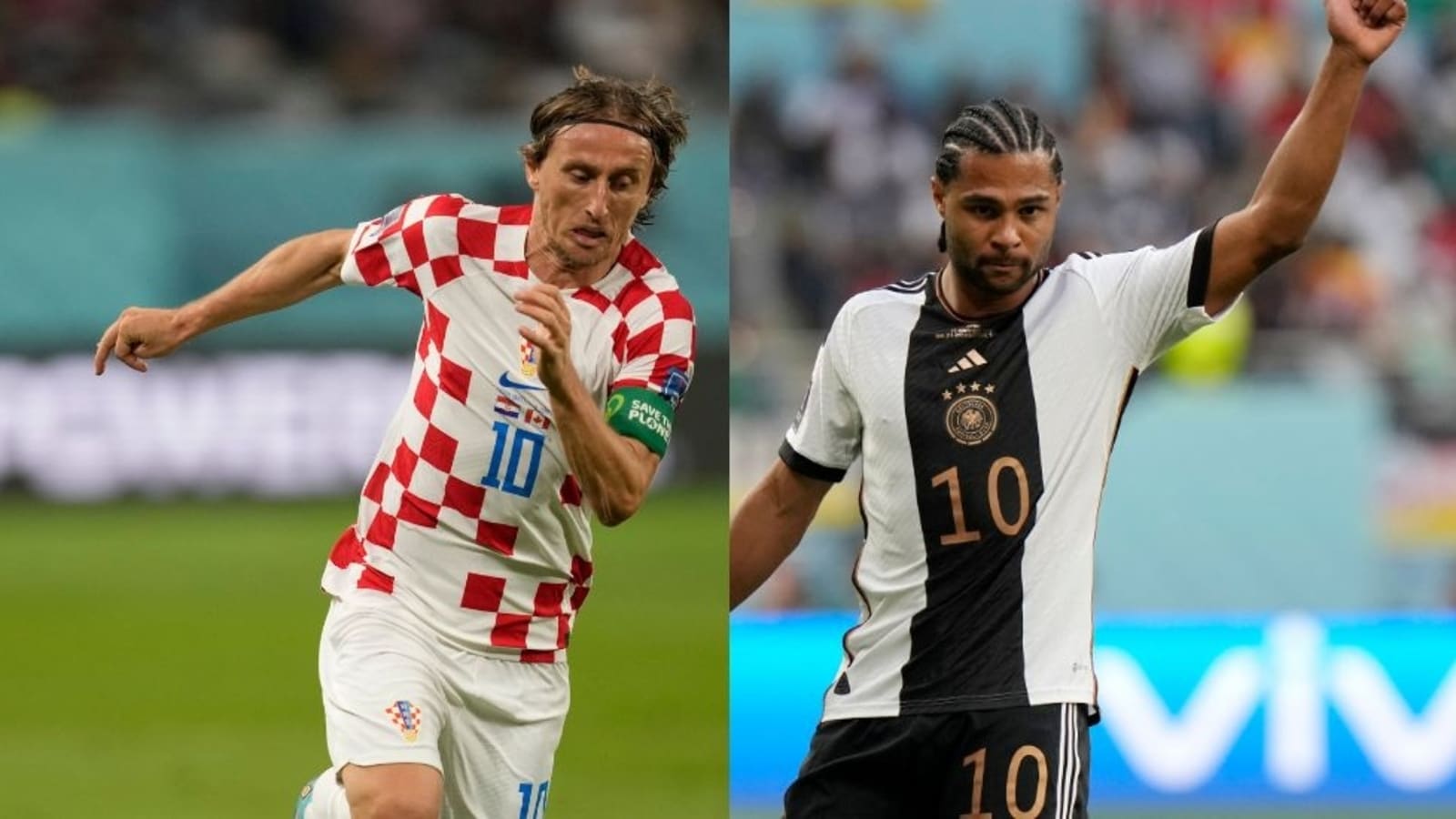 FIFA World Cup 2022, Round of 16 qualification scenario: How can Belgium progress after defeat, Germany eye comeback

With Round of 16 qualification not yet confirmed from Group F, Croatia take on Belgium on Thursday, in their final group stage fixture of the ongoing FIFA World Cup 2022 at the Ahmed bin Ali Stadium in Qatar. Meanwhile, Canada face Morocco in the other Group F match, at the Al Thumama Stadium on Thursday.

Also qualification for the knockouts haven’t been confirmed from Group E, with the final set of fixtures scheduled for Friday. Japan will face Spain in their upcoming fixture at the Khalifa International Stadium and Costa Rica take on Germany at the Al Bayt Stadium.

Here are the qualification scenarios for both groups-

Matches left- Croatia vs Belgium and Canada vs Morocco

Croatia are currently on top of Group F with four points, followed by Morocco with four points but with a lower goal difference. Belgium are third with three points and Canada are bottom with zero points. Both Belgium and Croatia need to win their fixture to guarantee qualification. Meanwhile a loss for Belgium will see them knocked out, and a draw would see them rely on Morocco’s result against Canada.

Meanwhile, a defeat for Croatia will throw the group wide open, and they will need to rely on Canada defeating Morocco. Meanwhile, a win for Morocco will send them to the next round and a draw will then depend on Croatia’s match. If Morocco lose against Canada, then their destiny will depend on Belgium losing or drawing to Croatia. But Morocco can’t lose by a big margin against Morocco.

Matches left- Japan vs Spain and Costa Rica vs Germany

Spain are on top of Group E with four points, followed by Japan with three points. Costa Rica are third with three points, but a lower goal difference than Japan. Germany are bottom with one point. All four sides are in contention for the knockouts, with Spain needing at least a draw against Japan. A defeat for Spain will put their fate in the hands of Costa Rica and Germany.

Denial of responsibility! NewsUpdate is an automatic aggregator around the global media. All the content are available free on Internet. We have just arranged it in one platform for educational purpose only. In each content, the hyperlink to the primary source is specified. All trademarks belong to their rightful owners, all materials to their authors. If you are the owner of the content and do not want us to publish your materials on our website, please contact us by email – [email protected]. The content will be deleted within 24 hours.
Belgiumbelgium footballbest sports newsCanada vs MoroccocomebackCosta Rica vs GermanyCroatia football teamCroatia vs Belgium

Commentary: Where does Lincoln Riley’s first-year turnaround at USC fit in the sport’s history?