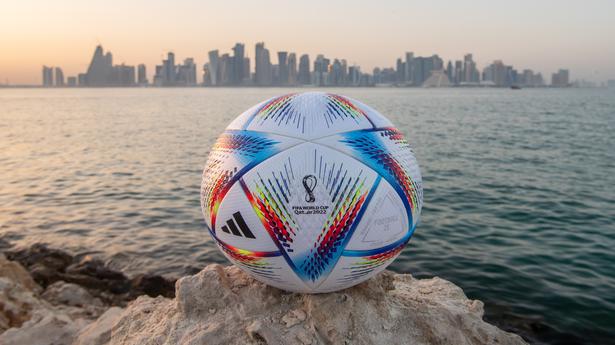 Taiwan’s government had expressed concern to FIFA after discovering the Hayya card online application for World Cup ticketholders made no mention of the island. It was subsequently listed as, ‘Taiwan, Province of China’

Taiwan’s government had expressed concern to FIFA after discovering the Hayya card online application for World Cup ticketholders made no mention of the island. It was subsequently listed as, ‘Taiwan, Province of China’

Taiwan’s Foreign Ministry expressed thanks on Thursday after organisers of the World Cup in Qatar removed a reference to China for Taiwanese visitors applying for an identification card that doubles as an entry visa.

All World Cup ticketholders must apply for the Hayya card used to identify fans, which also serves as their Qatar visa, but Taiwan’s government expressed concern after discovering the online application system made no mention of the island.

It was subsequently listed as, “Taiwan, Province of China”, terminology that equally angers Taiwan’s government and many of its people.

However, late on Wednesday the system began listing the island simply as “Taiwan”, complete with the Taiwanese flag.

It marks a rare victory for Taiwan, whose government and many of its people bristle at China’s sovereignty claims.

Taiwan Foreign Ministry spokeswoman Joanne Ou told reporters this was a “positive development”, and expressed appreciation for the fast reaction by the organisers.

“We express our thanks and affirmation for this goodwill,” Ou added. The World Cup organisers have yet to comment on the change.

When asked about the complaints made to the Qatar World Cup organisers by Taiwan officials, Chinese foreign ministry spokesman Wang Wenbin said on Wednesday he wished to reiterate that “Taiwan is part of China”.

Taiwan competes at most international sporting competitions like the Olympics as “Chinese Taipei” to avoid political problems. It has not qualified for the Qatar World Cup, but football is popular in Taiwan.

Taiwan has never played at the World Cup finals and crashed out in the second round of Asian qualifying for the 2022 tournament last year after losing all eight matches.

Taiwan has no diplomatic relations with Qatar, which, like most countries, only recognises China’s government.

China, seeking to assert its sovereignty claims, has been stepping up pressure for countries and foreign companies to refer to Taiwan as part of China in official documents and on websites, often using the wording “Taiwan, Province of China”, or “Taiwan, China”.

Denial of responsibility! NewsUpdate is an automatic aggregator around the global media. All the content are available free on Internet. We have just arranged it in one platform for educational purpose only. In each content, the hyperlink to the primary source is specified. All trademarks belong to their rightful owners, all materials to their authors. If you are the owner of the content and do not want us to publish your materials on our website, please contact us by email – [email protected]. The content will be deleted within 24 hours.
best sports newsChinaChinese TaipeiCupFanFIFAFIFA World Cupfifa world cup fans

‘Return To Monkey Island’ confirmed for Nintendo Switch with…