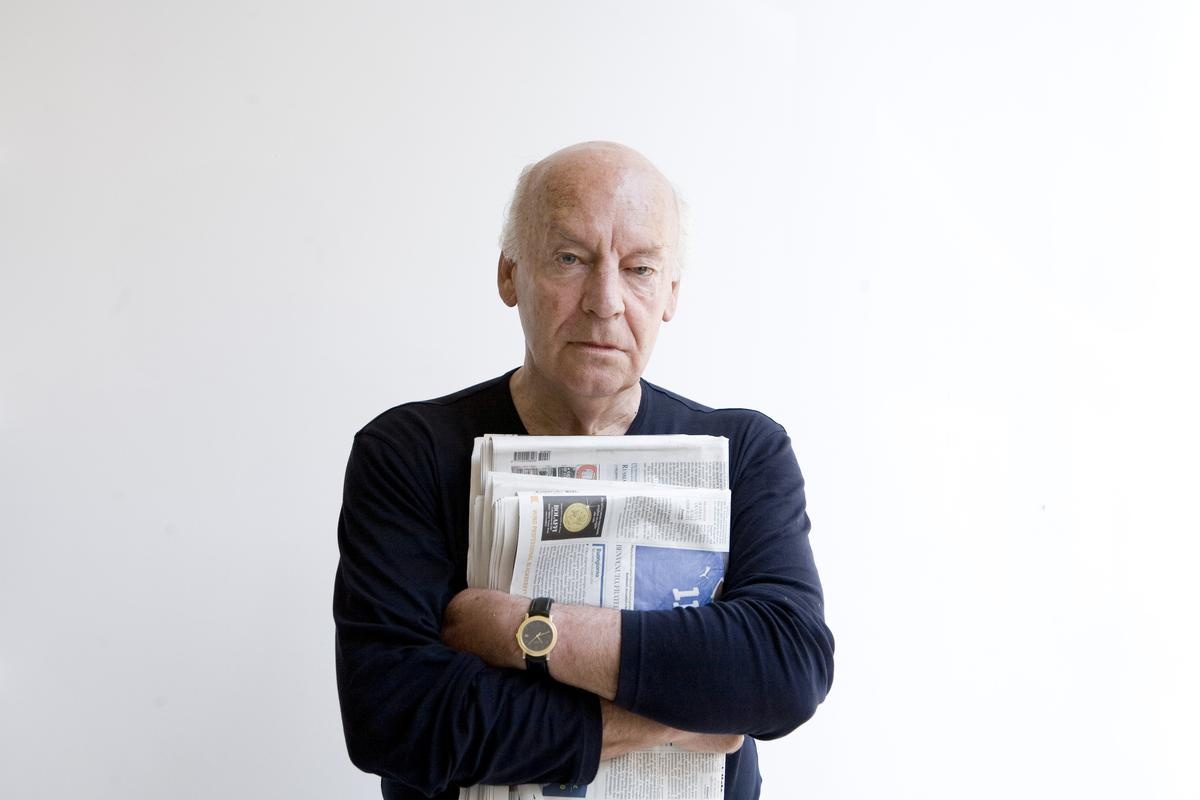 Like all Uruguayan children, Galeano wanted to be a footballer, he said. And he played quite well, “when I was asleep”.
| Photo Credit: Getty Images

Amid a war and myriad crises, for the next few weeks, the world’s attention will be on Qatar for the 2022 FIFA World Cup. Fans will churn out footballing memories, and experts will hold forth on history, philosophy, culture and the nuances of every match.

This gives us a reason to dip into Eduardo Galeano’s  Soccer in Sun and Shadow, a sparkling history of football, from an early version in ancient China to Victorian England, when the rules of the modern game were laid down, and to Latin America, where it has been given a local flavour. It was first published in Spanish in 1995, and was translated into English by Mark Fried in 1997; and has seen several reprints. The greats — Pele, Cruyff, Eusebio, Puskas, Maradona, Gullit, Beckenbauer — all put in an appearance. The inexplicable joys of a good game apart, Galeano dwells on loss and heartbreak, for football “is a pleasure that hurts”. He narrates stories about madness and genius, and contends that the scandal-scarred Argentine superstar Maradona’s real crime was “always the sin of being the best”.

Galeano is from Uruguay — it hosted and won the first World Cup in 1930 beating Argentina 4-2, and has won it once more, in 1950; this year it is placed in Group H alongside Portugal, Ghana and South Korea. Like all Uruguayan children, Galeano wanted to be a footballer. And he played quite well, “when I was asleep”. As years went by, he learnt to accept the fact that he wouldn’t play professionally but would always be a “beggar” for good football. When that happens, he gives thanks for the miracle and doesn’t care which team or country performs it.

In his book, he profiles every part of the game: ball, player, goalkeeper, idol, fan, fanatic, goal, referee, manager, theatre, specialists, the stadium and so forth. About the ball, he writes: “In Brazil no one doubts the ball is a woman. She is loyal. In the final match of the 1930 World Cup, both teams insisted on playing with their own ball. Sage as Solomon, the referee decided that the first half would be played with the Argentine ball and the second with the Uruguayan ball. Argentina won the first half, and Uruguay the second.” The ball can also be offended: “She cannot stand getting kicked or hit out of spite. She insists on being caressed, kissed, lulled to sleep on the chest or the foot… she knows all too well that when she rises gracefully she brings joy to many a heart, and many a heart is crushed when she lands badly.” In a chapter titled ‘Shirt Fever’, Galeano writes about team loyalties. Bengali fans, divided between three local clubs, Mohun Bagan, East Bengal and Mohammedan Sporting, will identify with this: “Normally we Uruguayans  belong to Nacional or Penarol from the day we are born. For the fanatic, pleasure comes not from your own club’s victory but from the other’s defeat.” Brazilian soccer legend Pele with a photograph of himself doing an overhead scissors kick, taken by Lord Patrick Lichfield, at the launch of a photography exhibition dedicated to him in London.
| Photo Credit:
Getty Images

As for the greats, Galeano describes Pele as a player who could bring peace amid war. The story goes that once he held up a war between Nigeria and Biafra, who declared a truce to see him play. “When Pele ran hard, he cut through his opponents like a hot knife through butter.” In Johan Cruyff, he saw an orchestra conductor who also played an instrument. “The Netherlands had music, and the one who carried the melody keeping so many simultaneous notes on pitch and in tune, was Cruyff.” He retired when he was 37, and played for and mentored FC Barcelona, teaching players ‘Total Football’. The 1986 World Cup is Maradona’s, says Galeano. “With two lefty goals against England, Maradona avenged the wound inflicted to his country’s pride in the Falklands war: the first he converted with his left hand, which he called “the hand of God”, and the other with his left foot, after having sent the English defenders to the ground.” In the final, Argentina would defeat West Germany.

Galeano rounds it off with notes on the 2010 World Cup when the two most-anticipated superstars — Messi and Ronaldo — missed their appointments. Will they shine this time?

The writer looks back at one classic every month.

Denial of responsibility! NewsUpdate is an automatic aggregator around the global media. All the content are available free on Internet. We have just arranged it in one platform for educational purpose only. In each content, the hyperlink to the primary source is specified. All trademarks belong to their rightful owners, all materials to their authors. If you are the owner of the content and do not want us to publish your materials on our website, please contact us by email – [email protected]. The content will be deleted within 24 hours.
best sports newsbooks on footballCupEduardoEduardo Galeano Soccer in Sun and ShadowFIFAFIFA World Cup Qatar 2022Football

Are you brave enough to take on Outlaws Hunter from Stakelogic?